The school board will now contact the former first lady to obtain formal permission to name the school. 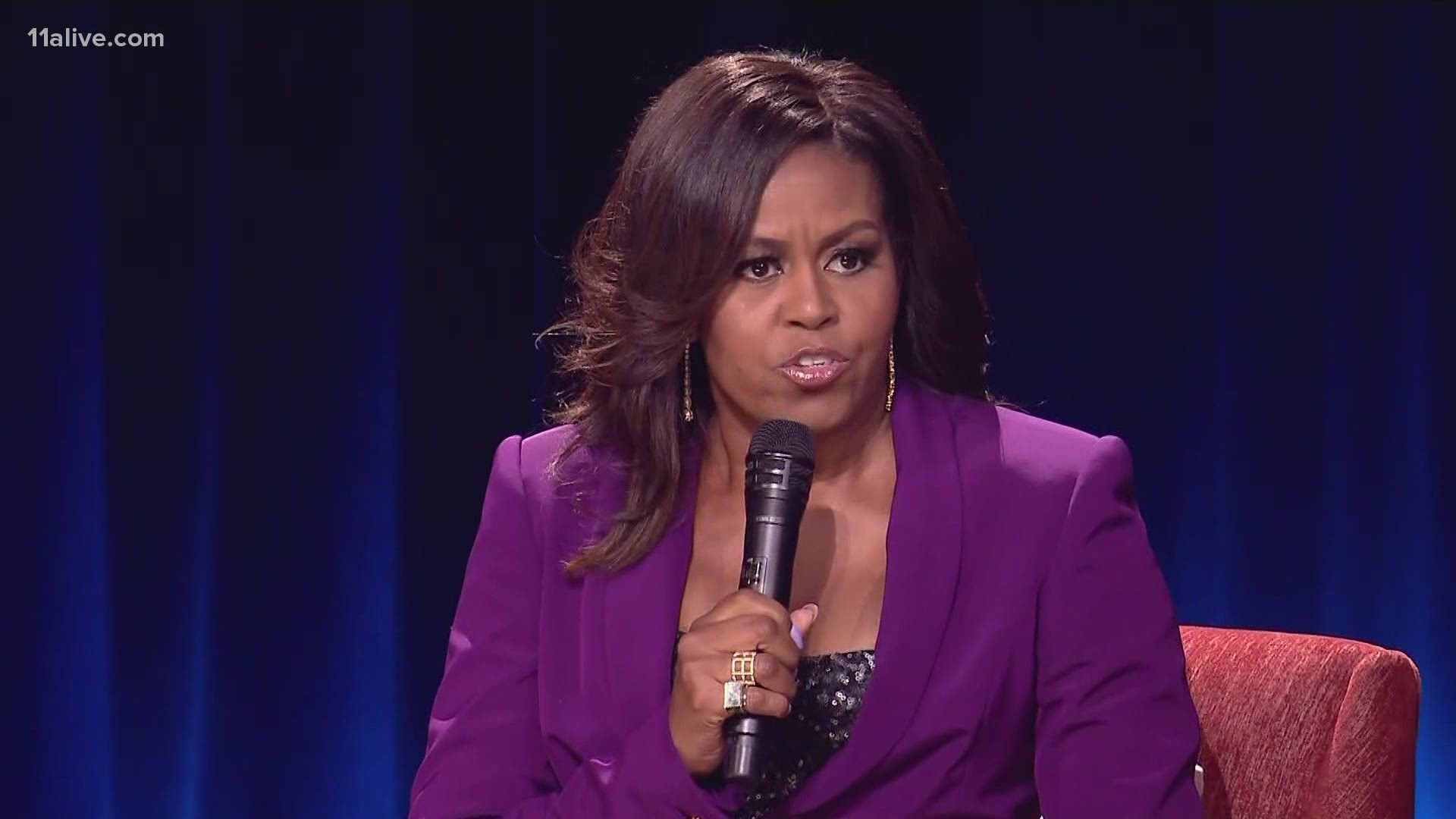 CLAYTON COUNTY, Ga. — A former first lady will likely have her name on a metro Atlanta school when it opens next year.

The Clayton County Board of Education voted to tentatively name the elementary school being constructed the Michelle Obama STEM Elementary School. The vote was passed 7-2.

Another name under consideration was that of the late U.S. Congressman John Lewis.

Under the board’s facility naming protocol, they said they will now contact the former first lady to obtain formal permission to name the school.

Known as South Clayton Elementary School during construction, the nearly 170,000-square-foot building is slated to be complete in July next year. The project cost is more than $40 million. It is located off Fifth Avenue in Jonesboro.

Michelle Obama is the wife of the 44th president of the United States, Barack Obama. She is the first Black first lady.

While in office, Michelle Obama was an advocate, and continues to be, for poverty awareness, education, nutrition, physical activity and healthy eating.

In Atlanta, the Barack and Michelle Obama Academy enrolls just under 300 students in grades pre-K through five. The academy "provides a new and innovative experience in education for our children, leading to a promising future," according to its website.