They originally said the measures would lead to a cost-savings of $3 million. 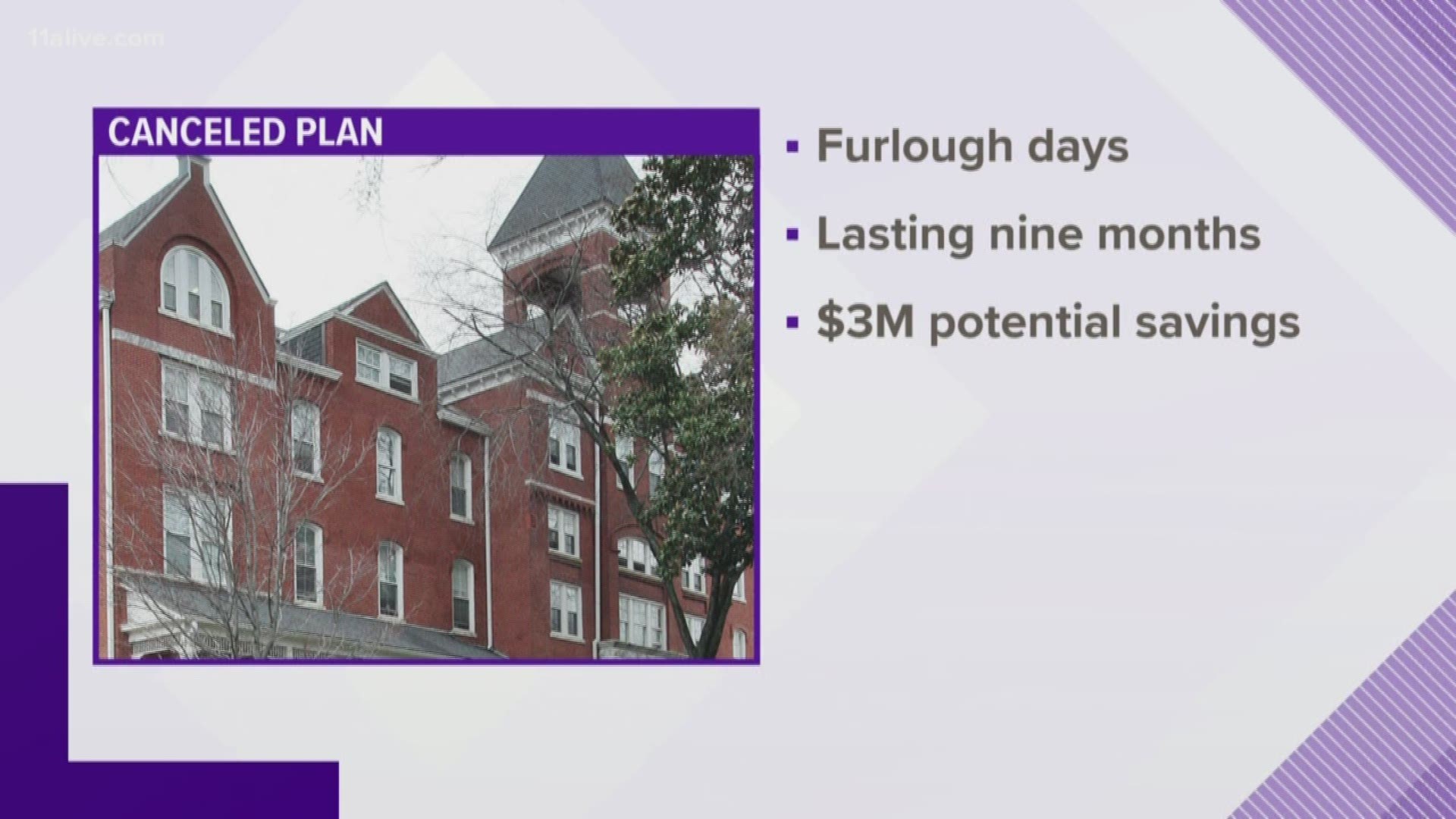 The college initially said that beginning Oct. 1, they'd implement furlough days for faculty and staff once a month for the next nine months as a cost-saving measure. This was going to impact 415 employees.

It is not clear if the change is due to Oprah Winfrey's $13 million donation.

The college had said the reason for this is "the need to assist our students to matriculate at the College, despite challenges with the ability for some of them to afford the Morehouse experience."

The furloughs, officials said, would lead to a cost-savings for $3 million.

In addition to the furlough, some staff roles were going to be absorbed, but it is not clear if those cuts had already been made. There was also a planned nine-month suspension of the three percent match to the employee retirement fund.