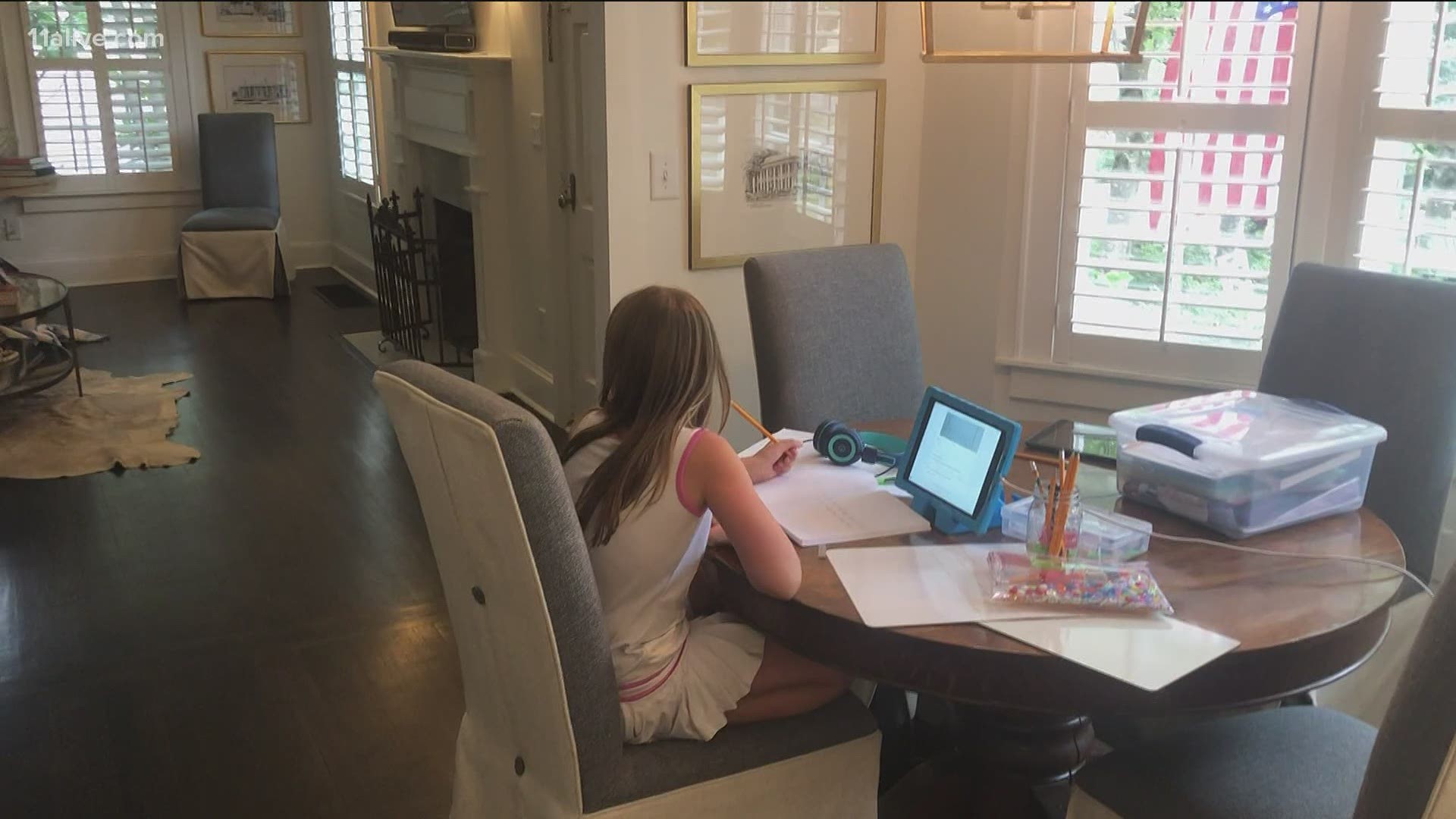 Like Molly Sipp, who has four children at Morris Brandon Elementary school in northwest Atlanta.

"They're in their rooms glued to a computer," she explained. "They do not come out."

Sipp said virtual learning is not working for their family

Sipp joined the Facebook group "Let Atlanta Parents Choose" when it formed last week, along with almost 700 other members.

"We've heard nothing from APS as far as where we're headed and what the future holds for the children," Sipp said.

The group also started a petition that has more than 1,800 signatures so far.

"They've asked very explicitly about pre-k and special ed - that's been on our radar," Herring assured. "They've asked for the choice, or at least the understanding of knowing when we'll be able to come back to school ... and are they preparing? The answer is yes."

RELATED: Mom of son with special needs knew virtual school would be a struggle, so she created a new environment

But Sipp said parents are looking for specifics.

"How are the kids going to have lunch? Are there going to be partitions? Are we going to wear masks? What about the bus?" Sipp listed off the questions she has.

Superintendent Herring said once they are in person, there is a plan for transportation to resume.

"I don't want for there to be a sense that we haven't been in communication or listened to the families," Herring said. "I've been overwhelmed by the amount of response we've received when we've surveyed and had town halls - in the tens of thousands."

RELATED: Making connections: how districts are getting creative to provide digital resources

But when it comes to an actual plan, these parents said they'll have to see it to believe it.

"If I had one thing to say it would be: prove us wrong, Dr. Herring. Let us see the plan, put our minds at ease," Sipp said.

Herring said parents will get new information before Oct. 5. They will release a draft version of their plan by next week, and by then they will also tell parents the date of the next survey.