On Wednesday evening at Your Pie on Highway 54 in Peachtree City, family and friends gathered with them to celebrate their accomplishments. 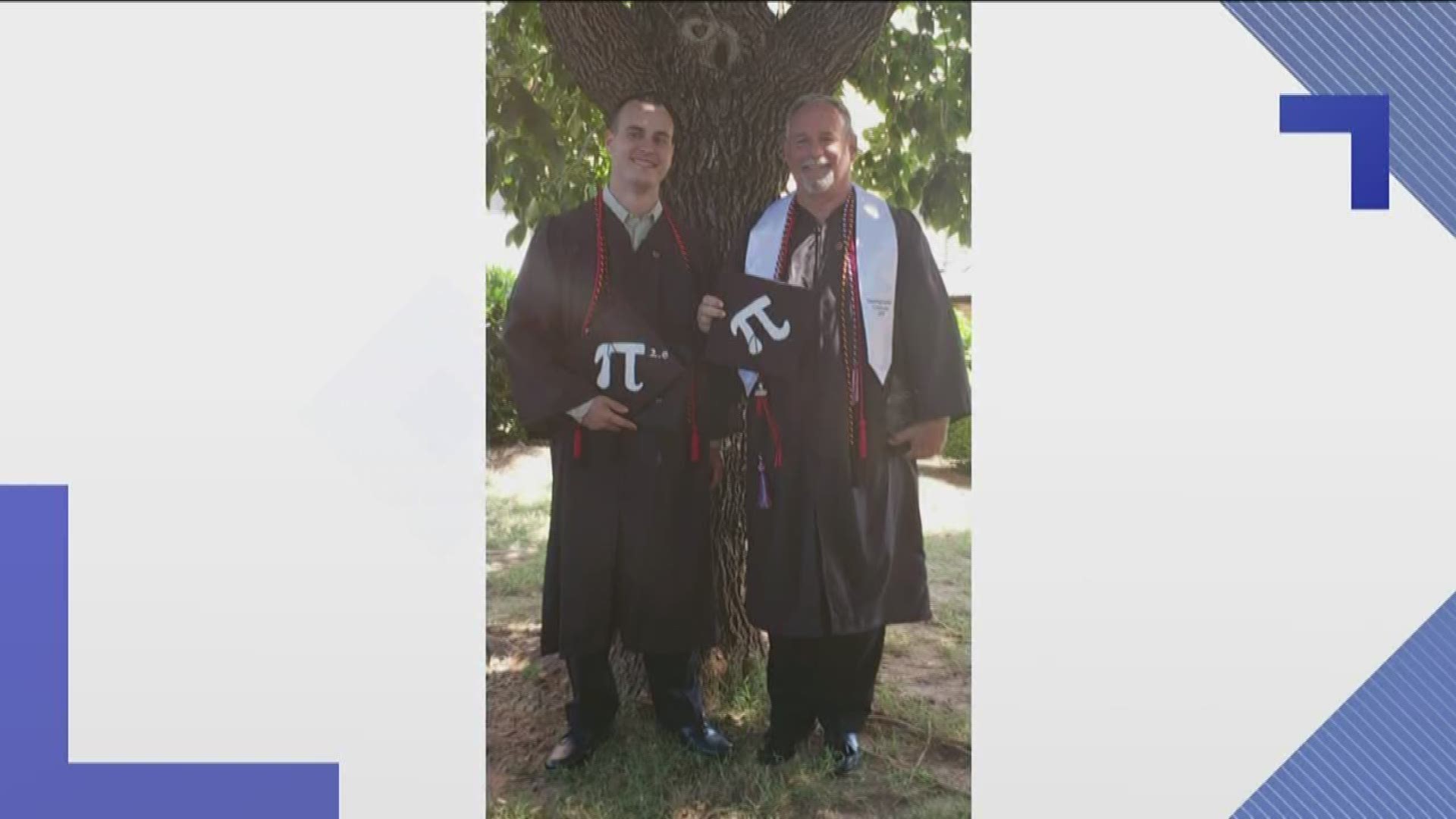 PEACHTREE CITY, Ga. — It took him more than three decades, but he did it.

But that's not the only reason he's celebrating. He got the chance to finish this personal goal with his youngest son by his side.

He earned a degree in the same discipline.

“It was nice to major in the same thing, 'cause we could help each other with it," Zachary added.

On Wednesday evening at Your Pie on Highway 54 in Peachtree City, family and friends gathered with them to celebrate their accomplishments.

The assistant chief has a story of resilience. He dropped out of high school, but earned his GED in the Army. He told 11Alive he started taking college classes in 1985, back when he first got into law enforcement. However, between marriage, kids, and everything else, life events changed his course.

"I wound up having to attend several different colleges, and a lot of the transcripts wouldn't go from college to college, and so it took this long," he said.

It may have delayed his path, but he decided not to give up.

“It finally took the motivation of my kids to make me go ahead and hammer down and get it done," he said.

He said he wanted to be the example for his family and show them that even at 58 years old, having a college degree is valuable.

“Being able to share that with my youngest son was incredible," he said.

Zachary said he started out at the University of North Georgia, but had a problem with committing so he moved back home. He eventually decided to finish what he started. He also admires his father's accomplishment.

“He’s kind of set the benchmark for what I want to do in law enforcement," he said. "Being able to achieve something like together was very uplifting for me.”