Parents pushed back against allowing students to use the restroom of their choice. But previous cases show successful lawsuits against school systems that didn't. 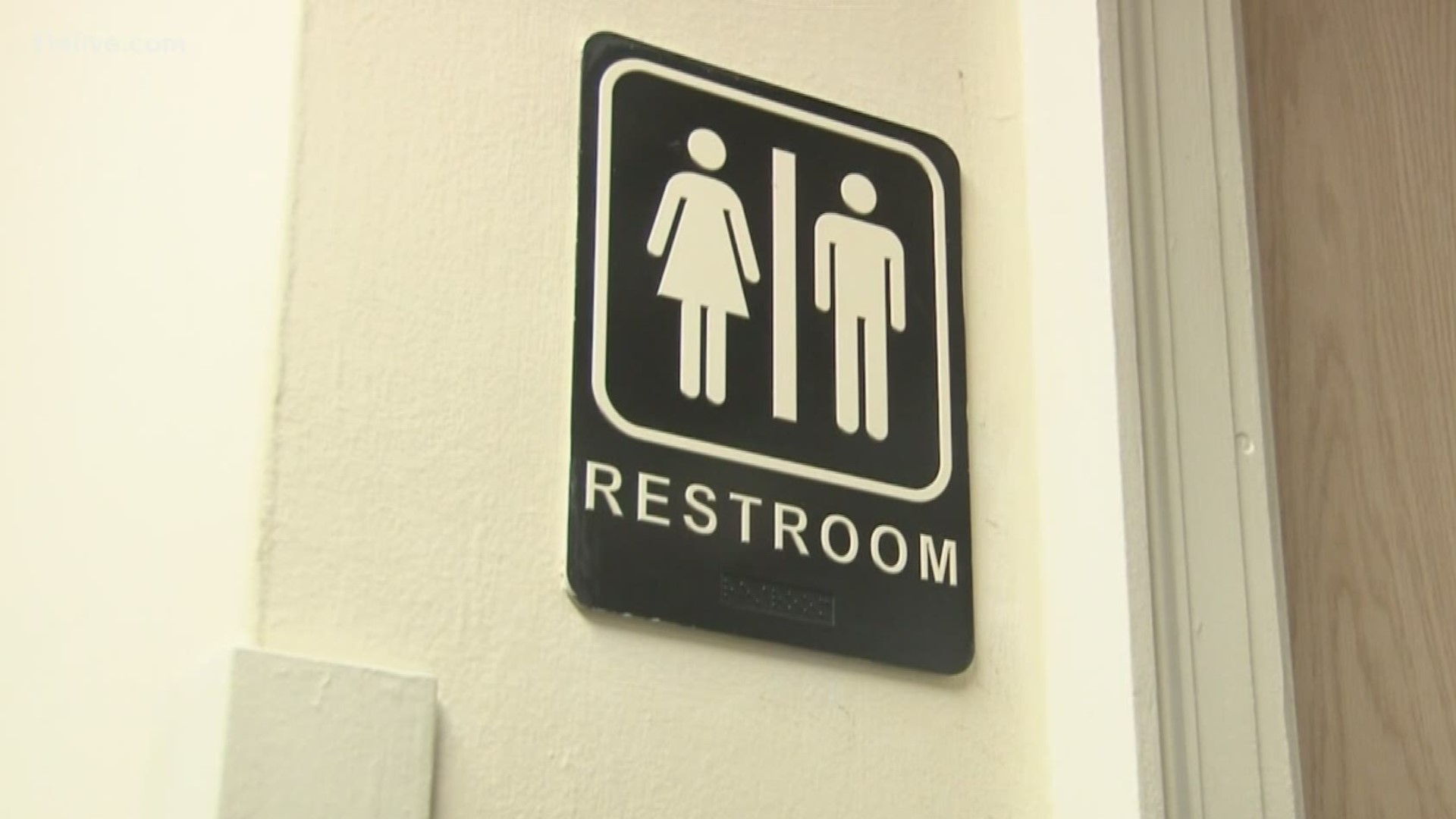 PICKENS COUNTY, Ga. — On Monday night, hundreds of parents gathered in Pickens County and spent more than three hours discussing a proposed school district policy that would allow transgender students to use the bathroom of the sex they identify with.

The Pickens County Schools superintendent said he will make a decision on the policy in the next few days. He said a possible costly legal challenge, however, would bankrupt the district. And lawsuits over this issue are not without precedent in other states.

Currently, students in Pickens County who identify as transgender can use a gender-neutral bathroom until an official school district policy is in place. The rights of transgender students have been argued in courts in several states - and an upcoming hearing on a case out of Florida could impact what happens in Georgia schools.

The idea of letting students choose their restroom of choice led to a lengthy debate on Monday night.

"This is going to happen," one parent said. "So, let's be standing together, hand-in-hand for our kids."

"Before, if a man, if you were trying to go into a women's bathroom, I would say, 'Hold up, what are you doing?' But now I don't have that option," said another.

A majority of parents opposed the proposal, and Superintendent Carlton Wilson heard calls for him to toss out the proposal or resign. Wilson said he is weighing concerns from parents and legal advice.

"I've been told by legal counsel, several different legal counsels, upon receiving a lawsuit, that we will lose that lawsuit and it will cost anywhere from several thousand dollars up to a million dollars, depending on how big of a lawsuit and how long it lasts," he said.

In Georgia, there are no laws protecting transgender students who want to use a particular bathroom. But the American Civil Liberties Union (ACLU) of Georgia said, federally, the 14th amendment and Title IX allow a student to use the bathroom they identify with.

"The 14th Amendment guarantees you certain rights of privacy and gender identity would go under that," ACLU Political Director Christopher Bruce said. "And going into Title IX means that there are no sex discrimination that happens in school systems, so your gender identity should not be one of those types of situations where individuals shouldn't be able to use one restroom or another."

In August, a federal judge in Virginia ruled in favor of Gavin Grimm, who is transgender, after his school district barred him from using the boys' restroom. The ban was struck down as unconstitutional and discriminatory under Title IX.

In Florida, Drew Adams also sued his school district after it said he could only use gender-neutral bathrooms. Adams won and, now, the school district has appealed to the U.S. 11th Circuit of appeals in Atlanta, which covers three states including Georgia.

Arguments will be heard in December and his attorney with Lambda Legal said the case could set a legal precedent.

"That decision, while it will involve Drew Adams specifically, should provide critical guidance for schools throughout Georgia, Florida, and Alabama," Lamda Legal's Tara Borelli said.

So far, the Pickens County superintendent hasn't responded to requests for comment on any decisions he'll make.

Policies in other school systems