Parents want Sprayberry High rebuilt: 'This school has had nothing done since 1973',

'For the past 15 years we’ve been getting lipstick on a pig.' 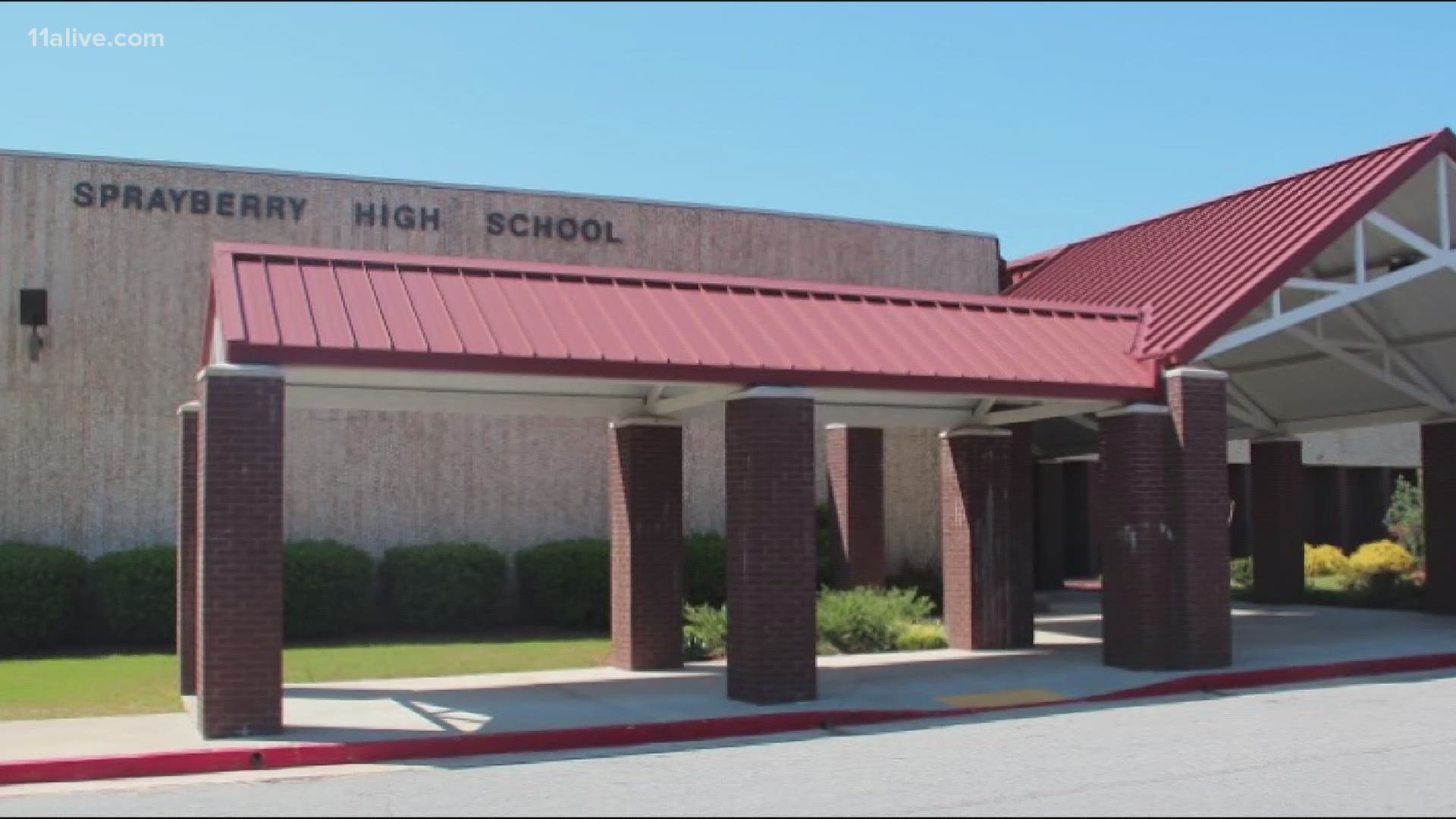 EAST COBB, Ga. — A group of East Cobb parents said they are sick of sending their kids into a crumbling school. They want Sprayberry High School rebuilt and they’re tired of waiting.

"For the past 15 years we’ve been getting lipstick on a pig," said Shane Spink, a Sprayberry High School parent who is helping to organize parents.

Parents said they’re tired of the patch work on their aging school. About a dozen gathered in the school’s parking lot Monday to plot how to get a complete rebuild of the main building.

"The schools three or four miles away they’re basically palaces, brand new schools that have been rebuilt or redone. This school has had nothing done since 1973," said Spink who is the father of an 11th grader at the school.

Nearby schools Walton and Wheeler were rebuilt within the last few years. Periodic updates have been made to Sprayberry over the years, but a look inside shows a need for improvement.

The school was approved for a new gym and career and tech wing in 2016, which tax payer money is set to cover.  Out of the 14 high schools also approved for improvements, only three, including Sprayberry, have yet to start, but the budget runs until 2023.

In a statement, the district said the following:

"Our schools have been built over the last 100 years and have more needs than available dollars can solve. Every ED-SPLOST provides for as many needs of our schools as dollars allow and Sprayberry’s needs are part of our conversations."

Parents said their kids want a school they can be proud to walk into everyday.

The district is expected to approve a new improvements budget this fall. Sprayberry is hopeful money for their dream school makes the list.

Parents plan to hold a rally at the school on Sunday at 3 p.m. and to talk to the school board later this month.