ATLANTA – Several reports of clown sightings at schools across metro Atlanta on Friday afternoon have parents concerned, especially in light of the rash of creepy clown sightings across the nation.

Many of the reports have come through social media, with a number of them referencing specific schools in Fulton, Cobb and other counties in metro Atlanta.

Dr. Shannon Flounnory , Safety and Security Executive Director for the Fulton County Schools released a statement regarding the concerns over reports of people dressed as clowns committing acts of violence.

“We are aware that some other school districts in metro Atlanta have received similar reports. Similar threats have also been made in recent weeks to schools around the country,” Flounnory’s statement said, in part. “Please know that in the majority of instances across the nation, these rumors have been deemed a hoax or a prank. While we believe the messages to be hoaxes, we will nonetheless take any threat towards our students and staff seriously and have been extra-vigilant.”

Reported social threats at Campbell High School in Smyrna were deemed to be a hoax, and addressed in a recorded telephone message to parents by Campbell’s principal, Dr. Jeanne Walker, Friday morning.

In the call, Walker assured parents that if there was a credible threat against the school, the students or the staff, that word of the details would be communicated to parents as soon as possible.

Early reports of creepy clown sightings began in Green Bay, Wisc., in late July. A mysterious clown, dubbed “Gags” by local residents, was seen at night, wandering around the city, wearing a soiled-looking jumpsuit with a ruffled collar, and carrying a black balloon. While many unnerved locals wanted police to arrest the creepy figure, the Green Bay Police said that since the clown had done nothing illegal, they could not do anything.

“At the end of the day, it’s just a person walking around in a clown costume,” said Green Bay Police Capt. Kevin Warych.

While most reports have been unsubstantiated, some more serious incidents have occurred, with reported sightings of menacing clowns threatening people in at least a dozen states since August.

Several robberies have taken place with the suspects wearing clown masks, and police outside San Francisco were looking for a man dressed as a clown who tried to snatch a 1-year-old girl from the arms of her mother last week, but most of the clown threats around the nation do appear to be hoaxes and urban myths. Schools have attempted to intervene, pointing out that the spreading of the hoaxes can lead to legal consequences.

In the Phoenix area, a rash of alleged menacing clown sightings were found to have come from five teens arrested by police.

“It’s not only a crime to intimidate or threaten to cause physical injury,” Mesa, Ariz., Police Detective Nik Rasheta said. “But it taps into resources that can be at the expense of citizens.”

School systems say that they will continue to work with local authorities to investigate all reports to determine their validity as opposed to simply dismissing them out of hand. 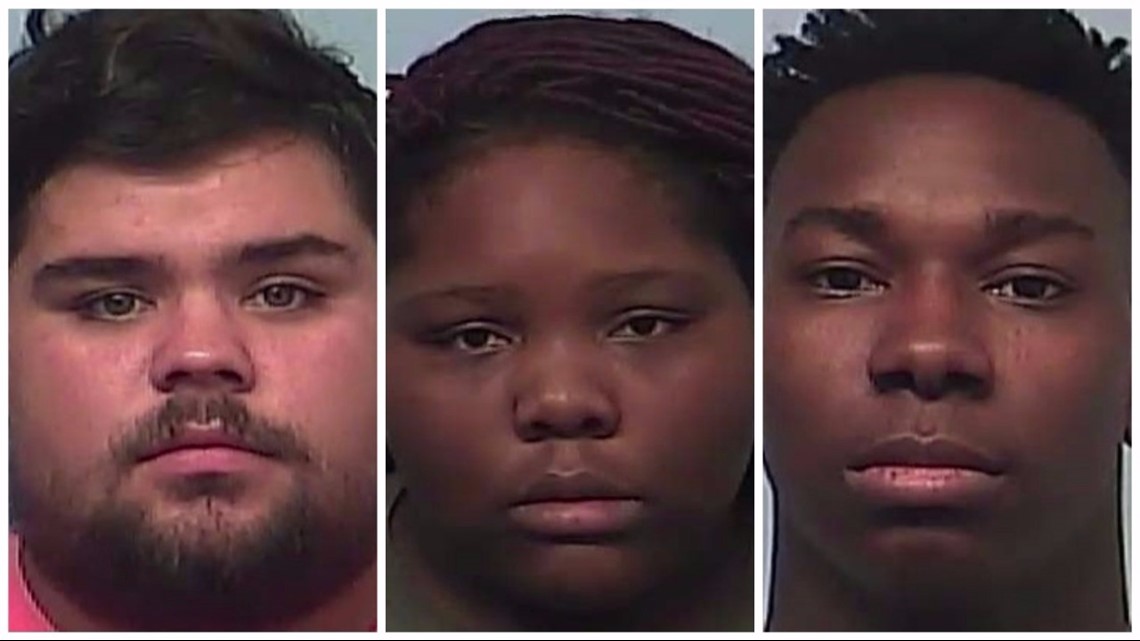