School officials said portable air-conditioning units have been provided to all affected schools until all issues are resolved. 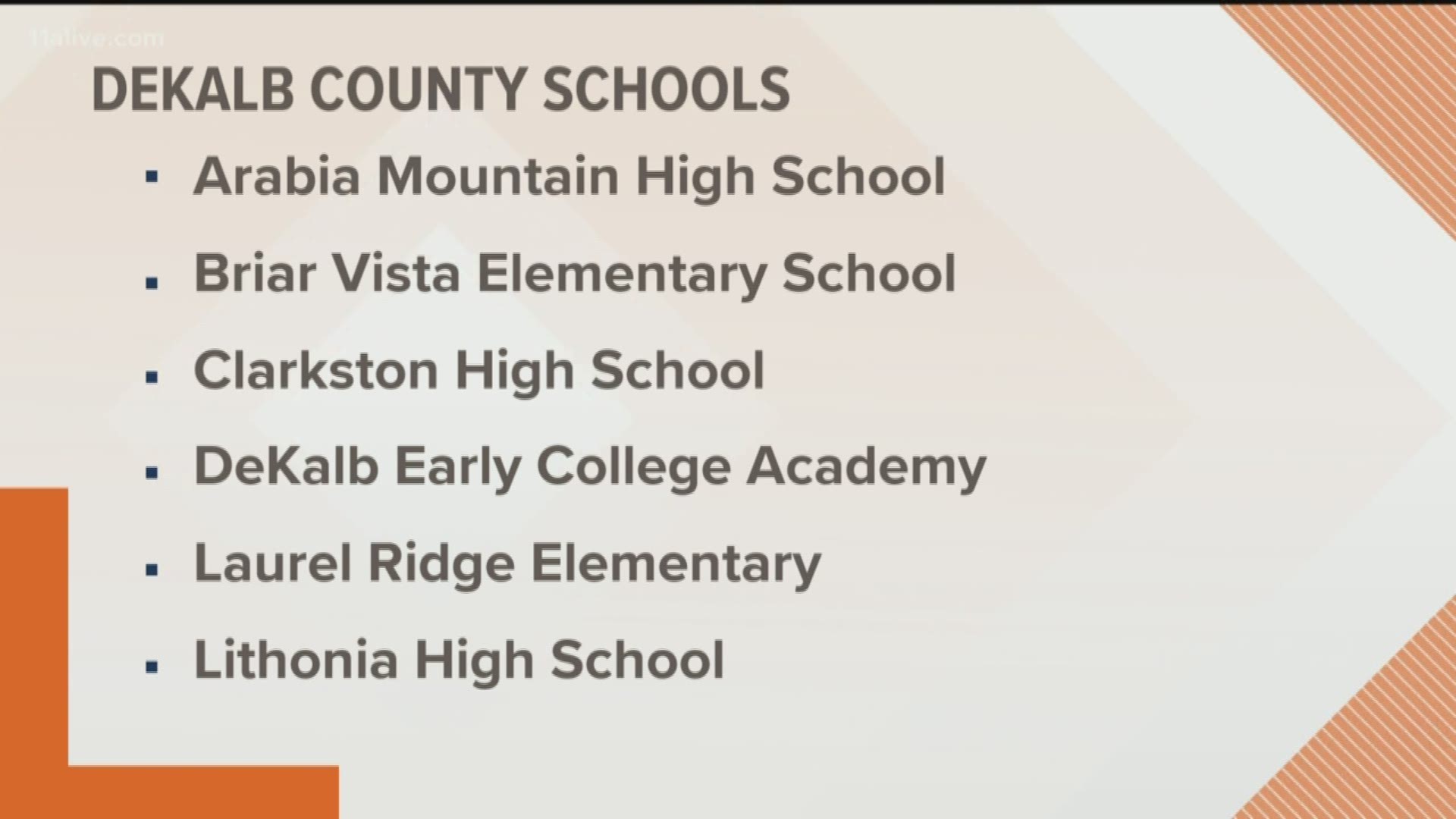 DEKALB COUNTY, Ga. — The first week of school didn't go as smoothly for some DeKalb County students after issues withe HVAC systems at some school buildings.

The district confirmed that several classrooms and the gym at Druid Hill High School were without air-conditioning.

DeKalb noted that there is no facility that is fully without A/C, but there were several schools that were showing three or more rooms with HVAC. Outside of the issues at Druid Hills High School, there were A/C problems at the following schools:

"DCSD personnel are working hand-in-hand with local vendors to make sure all issues are resolved expeditiously and thoroughly," the school district said in a statement.

Avondale Elementary School's HVAC system is doing much better according to a DeKalb County School District spokesperson. The system is running normally with some minor cooling issues in two rooms.

School officials said portable air-conditioning units have been provided to all affected schools until all issues are resolved.

The news of the A/C issues comes as a heat wave hits the metro area - a heat advisory is in effect for a large swath of north Georgia until 8 p.m. each evening.

It also again highlights the steep issues the district faces as it tries to quell concerns of overcrowding, maintaining the facilities and more than 2,200 open work orders - some dating back as far as three years.

Blue-green algae: Why it's so deadly to dogs, and how you can keep your pet safe