Students return to Griffin schools after threats made on social media

Rehoboth Road Middle School and Spalding High School were evacuated “out of an abundance of caution,” the district stated. 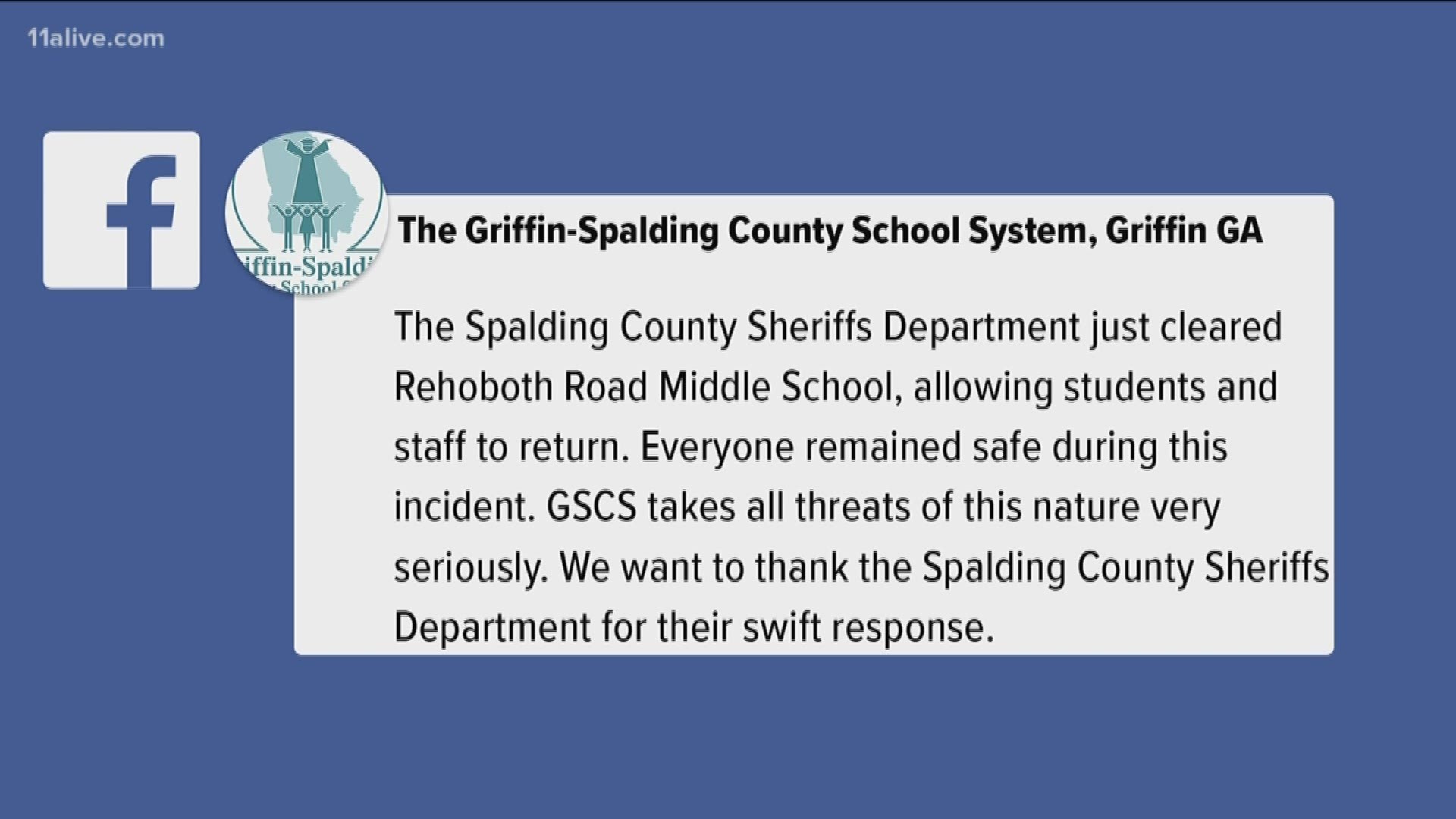 GRIFFIN, Ga. — Administrators have ordered two schools in the Griffin-Spalding County School System to evacuate after a threat was made on social media, according to the district.

Both Rehoboth Road Middle School and Spalding High School were evacuated so that law enforcement could do a sweep of both campuses. The district said on Facebook that all students are safe.

Spalding High School has been cleared and students returned to class around 11 a.m. Tuesday, according to the Spalding County Sheriff's Office. Officers conducted a sweep of the high school with explosive detection dogs.

Credit: WXIA
Students at Rehoboth Middle in Griffin gathered on a field outside the school after it was evacuated due to online threats.

Spalding High has 1,263 enrolled students and Rehoboth Road Middle has 647, according to district numbers.

This is a developing story, check back for updates.