A student from the campus sent 11Alive the letter they received about the closing. 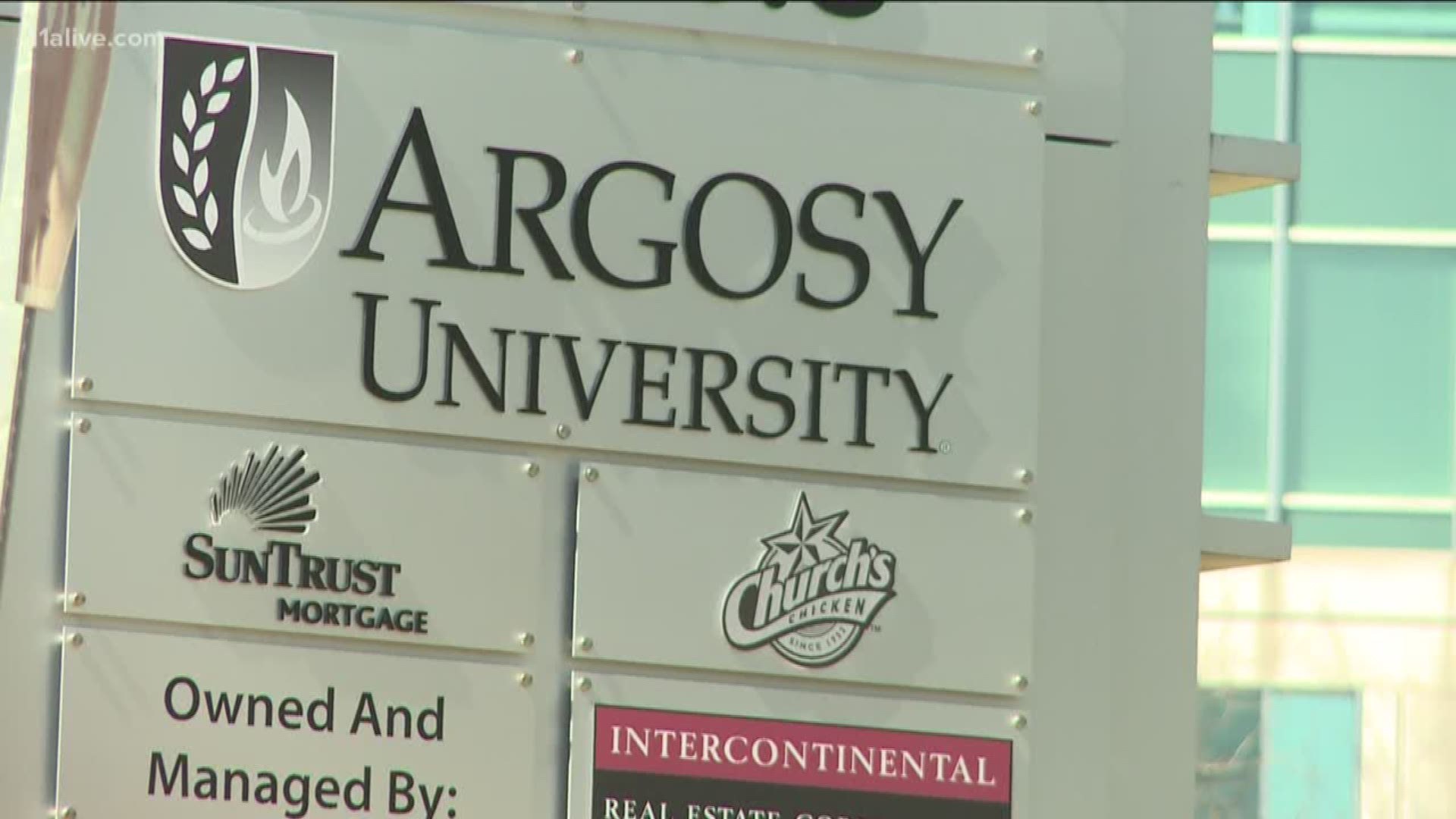 ATLANTA — Argosy University students in metro Atlanta are scrambling trying to figure out what to do next now that the school is closed.

A student from the campus sent 11Alive the letter they received about the closing on Friday.

"I am writing to share the difficult news that operations at Argosy University, Atlanta have discontinued and the campus is closed. As indicated previously, we have been working day and night to secure a path forward for campuses in receivership and, most importantly, for their students," the letter reads, which is signed by Receiver Mark Dottore, of the Dream Center Education Holdings.

The letter said they are working with accreditors and state regulators to give students options, such as transferring to another institution and an option for students who don't want to continue their educational program and want to apply for a closed school loan discharge.

"All of these options are subject to the review of your academic transcripts and the transferability of the credits you have earned," the letter said.

They have also listed resources and contacts online.

On Thursday, 11Alive learned Argosy is out of money and is in receivership. The U.S. Department of Education banned Argosy from participating in federal student aid programs, declaring that the school no longer meets the qualifications for the programs.

They notified students earlier this week that if no one bought the school by Friday, it would have to close its doors. 11Alive talked with some students Thursday, who were frustrated. John Stanley is just short of earning his Master’s Degree.

“I only have one class left,” he said, “so close” to completing the program.

Stanley is a military veteran, too, who had expected to complete his degree and go on to earn his doctorate from Argosy while his benefits are still active.

Now other universities are telling him they cannot assure him that, if he were to transfer and start all over again, there would be enough time left on his benefits for him to complete their programs.

“The school is going under because of mismanagement of funds ... It’s frustrating because as a student we didn’t do anything wrong, and it feels like we’re being punished for what the school has done, we're being left out to dry," he said. "I feel like I’ve wasted a year and a half of my life if I don’t graduate. And if no other institutions take us, it’s like starting over again.”

"I cannot express to you how disappointed we are with this outcome and want you to know that is is not the fault of employees of the university - they have done the very best they can for the students," the letter added.

Argosy University has been in Atlanta since 1990, according to its Facebook page. It has hundreds of students here, and more than 17,000 in other cities across the country. The Atlanta campus is located in an office building on Hammond Drive.

VERIFY: Is HOPE Scholarship getting all the money it should?