Many teachers said they aren't opposed to having some students in class, but they believe the number of students is being increased too quickly. 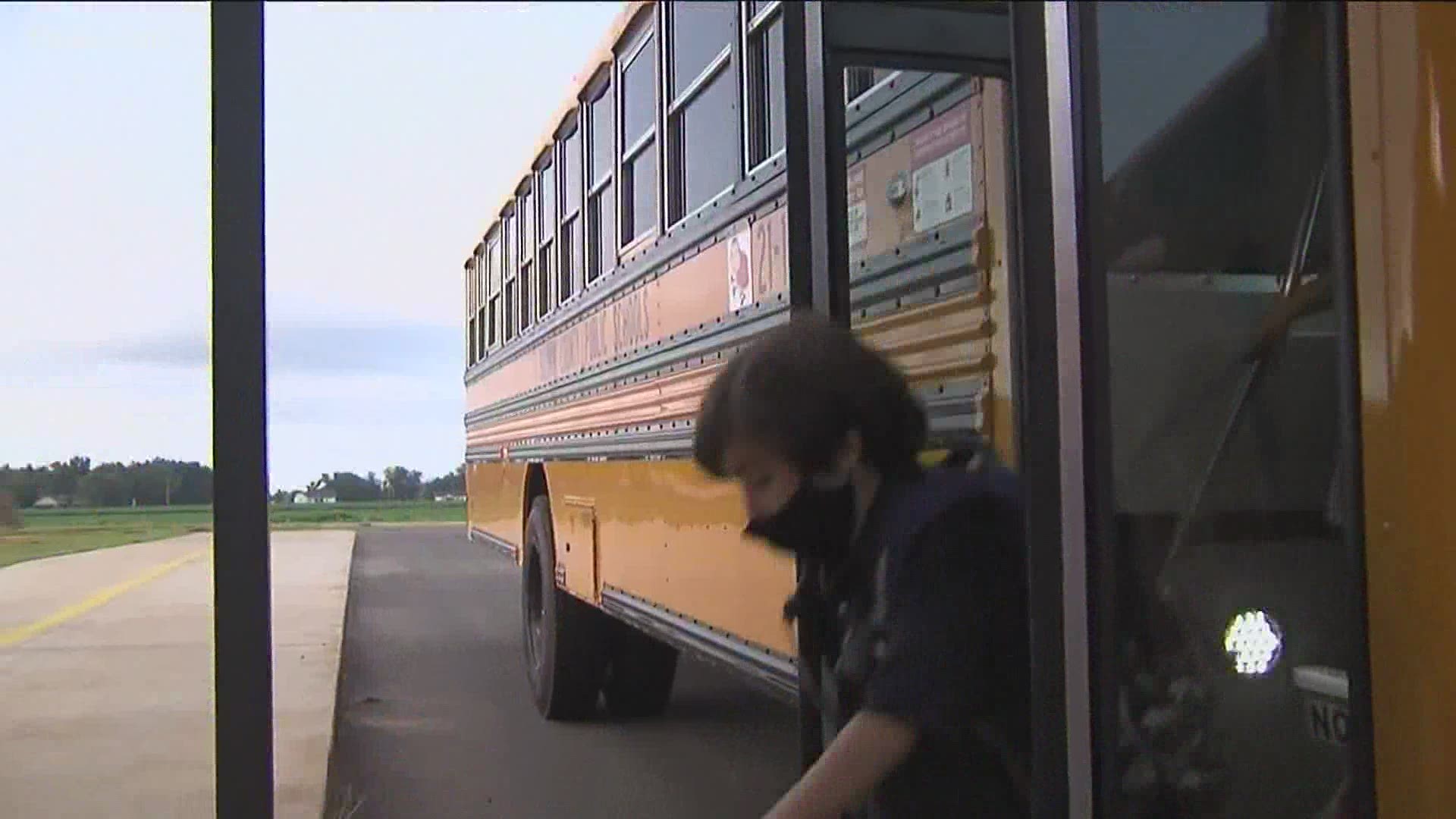 FULTON COUNTY, Ga. — Many Fulton County teachers and students headed back to the classroom, Monday, as the Fulton County Schools system moved straight into phase three of its targeted approach due to the COVID-19 pandemic.

Students are now taking in-person classes one day a week and online classes for the rest of the week. In less than a month, the plan is to have students back in classrooms full-time. This is making some educators and families concerned.

He believes COVID-19 cases are still too high for students to return full-time.

Other teachers 11Alive spoke to added that they aren't opposed to having some students in their classrooms, but they believe the number of students is being increased too quickly.

With phase three underway, phase four is expected to begin on Oct. 5, with students being at school twice a week. Full-time face-to-face instruction is expected to resume on Oct. 14. Parents still have the option, also, to keep their children at home for full-time virtual learning.

"In spite of making many good-faith efforts over several weeks to reach out to county leadership, untold numbers of educators have had their legitimate concerns completely disregarded as relates to reasonable steps needed to ensure safe and healthy school environments," the letter read.

"For reasons that were never justified, our Fulton County leadership has recklessly chosen to reintroduce face-to-face instruction in spite of the present level of COVID-19 community spread. This approach flies in the face of the Georgia Department of Public Health's established standards for preventing the further transmission of this deadly virus," the letter continued.

Dunson said he feels concerns from the district's teachers aren't being considered as decisions are made.

"For the most part, we've been told what we are going to do and when we are going to open and we just need to make sure we do our jobs as teachers, which we all are. We are all professionals and we want the best for the students,' Dunson said.

11Alive reached out to the district about the concerns. It provided us with the following statement:

The phase-in plan is a slow and cautious approach to reintroducing students and staff to the classroom. The Reopening Matrix and reintroduction strategy has been public since July, with updates being provided as new data came from public health officials. From the start of school on Aug 17, which was part of a delayed opening that provided one additional week of professional development for teachers, to Oct 14 we will have been following a series of slow and cautious steps, driven by data, to bring students back to our ultimate goal of returning to face-to-face instruction.

As of the most recent epidemiology report by the FCBOH incidence rates in Fulton County have dropped to 142 per 100,000 population and positivity rates are down to 5%.

They added that information about their phased approach can be found on the school's website.

Read the teachers' open letter below.