Teachers, students at over a dozen Atlanta schools to receive free laptops

Students were surprised Wednesday morning with the announcement that 14 schools, including their own, are participating in the program. 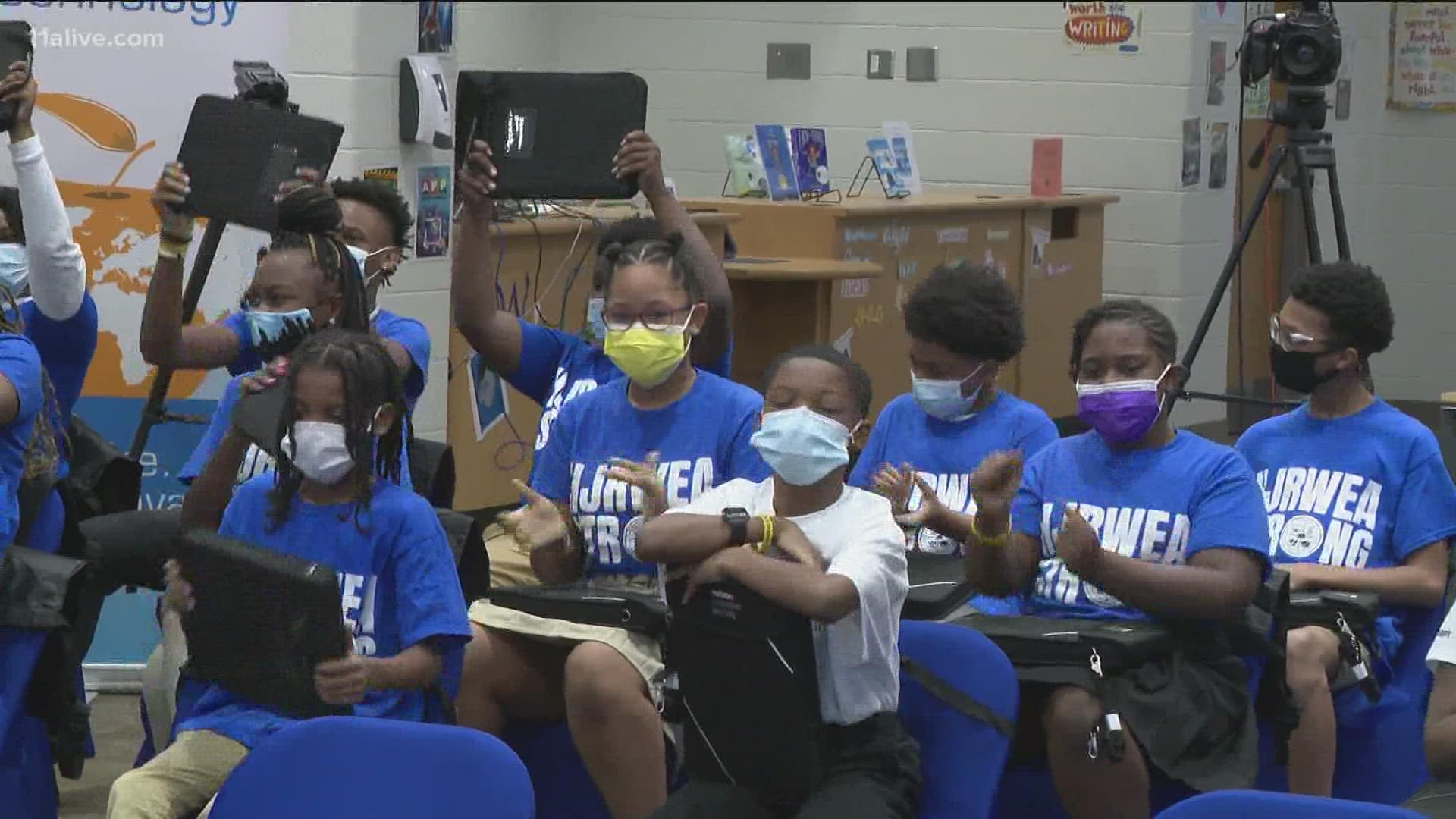 ATLANTA — Teachers and students at over a dozen Atlanta schools are set to receive free laptops, Atlanta Public Schools said in a statement.

It's part of the school district's participation in Verizon Innovative Learning Schools, according to a statement from the school system. The initiative, which is spearheaded by the wireless network operator, aims to equip educators and students at select schools with a device, Verizon's website states.

On Wednesday morning, students at H.J. Russell West End Academy at 765 Peeples Street SW were "surprised" with the announcement that 14 different schools, including their own, are participating in the program.

According to the statement, the investment costs over $2.3 million per school.

"Being part of the program will keep students connected, helping to facilitate learning from anywhere — in the classroom, at home, or in hybrid learning environments," the school system said.

Here's a list of all participating schools in the area, according to the district:

The district has not revealed how many devices would be dispersed to each school at this time.