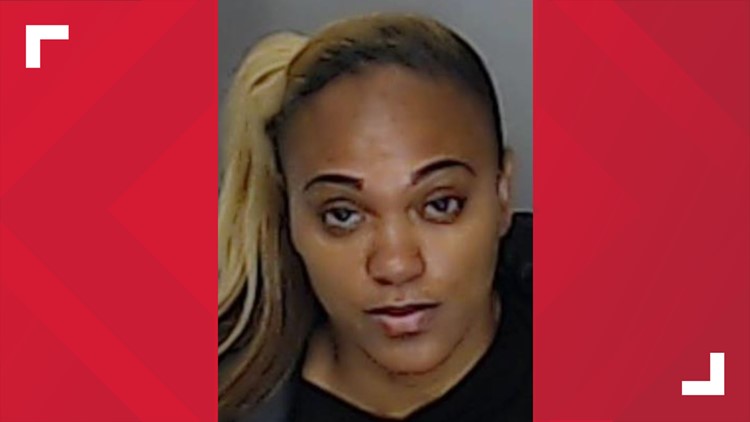 DECATUR, Ga. — A principal at a DeKalb County high school turned herself in on Wednesday night on multiple charges.

Lakeisha Griffith, a principal at Towers High School near Decatur, is charged with theft by conversion and forgery, both misdemeanor charges. She was released just after midnight on Thursday.

"After a report of financial discrepancies at Towers High School, DeKalb County School District Audits & Compliance Department initiated an inquiry and discovered financial irregularities," the district said in a statement. "The DCSD Police Department conducted an investigation into the matter and as a result, an arrest warrant for the charges of forgery in the fourth degree and theft by conversion has been issued," the statement went on to say.

Griffith had been on paid administrative paid leave since an investigation began in September, according to the school district.

This is not Griffith's first run-in with the law. In 2004, she was fired from the Atlanta Police Department, where she served as a police office assistant, according to department records.

The department said she used another officer's debit card to purchase items from Lowe's.

Editor's note: An earlier version of this story stated that Griffith was accused of using a department-issued credit card. This story has been updated to show that she was accused of using another officer's debit card without authorization. Also, the original information from the DeKalb County Sheriff's Office indicated that the charges were felonies. Jail records now list the charges as misdemeanors. The sheriff's office said the original listing was in error.

The sheriff's office said in a statement, "“Due to a database entry error, the DeKalb County Jail listed charges for Lakeisha Nicole Griffith as Felonies.  Ms. Griffith is charged with Theft by Conversion and Forgery 4th Degree.  Both charges are, in fact, Misdemeanors."