A relative of one of the students on the trip said Delta Air Lines is bringing them home on Wednesday. 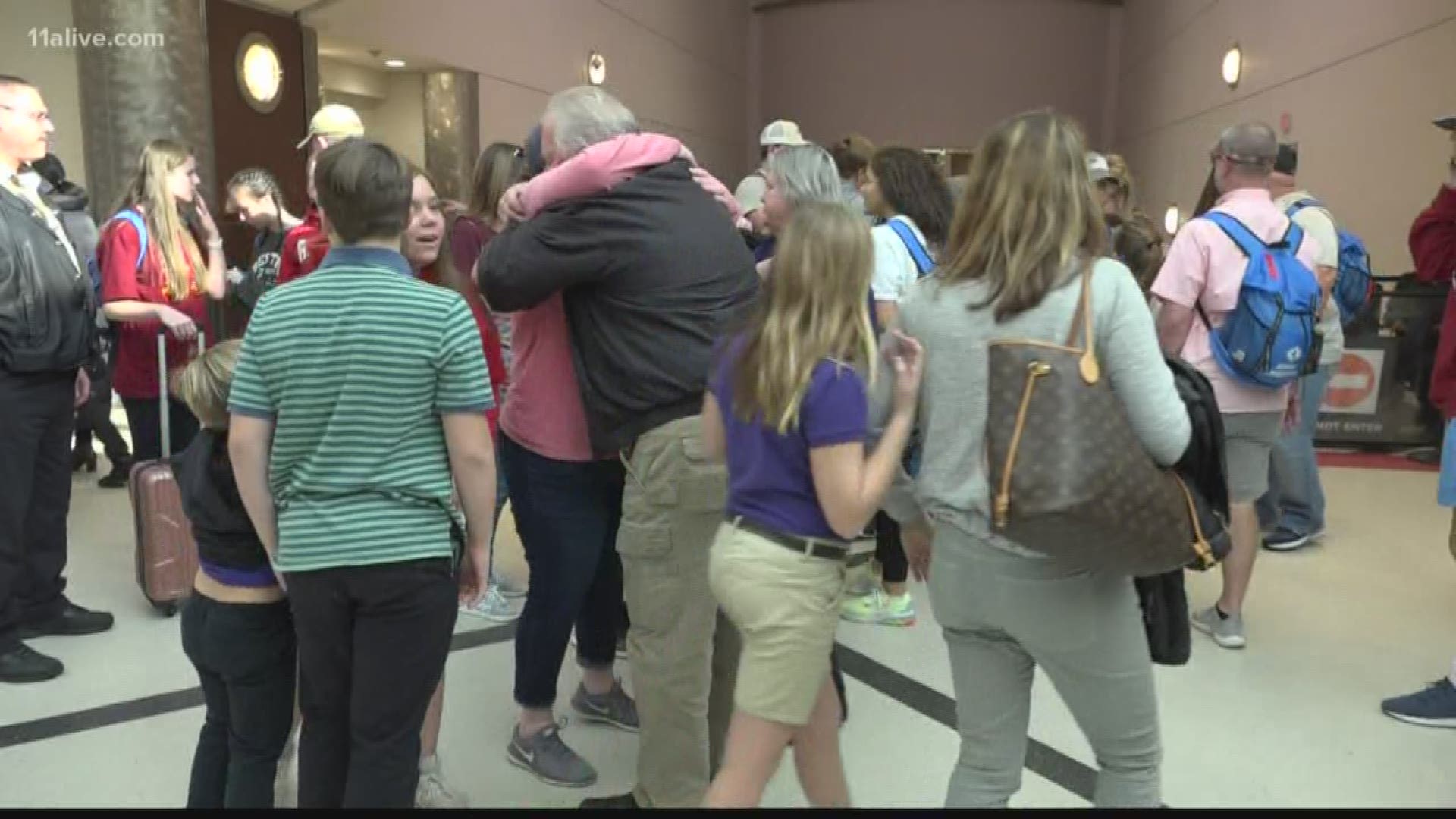 SHARPSBURG, Ga. — Dozens of metro Atlanta students planned for months a mission trip to Puerto Rico. However, an earthquake forced them to divert their plans.

According to Brenda Hall, whose granddaughter is on the trip, 42 Trinity Christian School students left Sunday to go to Puerto Rico on a mission.

Before they could even start their mission of helping children in orphanages, the strongest quake to hit Puerto Rico in more than 100 years rocked the land that has been victim to so much devastation over the past few years.

The magnitude 6.4 quake that struck before dawn on Tuesday killed one person, injured nine others and knocked out power across the U.S. territory, and a majority of Puerto Ricans remained without electricity early Wednesday.

Hall said the students had been saving money and holding fundraisers to go on this mission.

"The events that have happen(ed) are truly amazing as God has kept them safe and calm," she said.

She said the hotel the students were staying in, near the airport, was one of the few with generators and that everyone was safe.

"We are not hurt at all. We had generators at the hotel, we had power and water, so we were really OK," student Caycie Metcalf said.

Still, when news of the massive 6.4 earthquake broke, many families here in Georgia panicked.

Hall said the principal, who was on the mission with them, decided that the area was not safe for them to continue with their plans.

Delta Air Lines set up a charter flight to go pick them up on Wednesday, the airline confirmed, even though they flew a different airline and were scheduled to return home on Friday. Delta was also going to bring any other people to Georgia that may want to come.

They returned Wednesday afternoon at Hartsfield-Jackson Atlanta International Airport to hugs, smiles and some tears of joy.

"We are so grateful to the many individuals who helped to ensure our return to Georgia safely," Trinity Christian School principal Kimmy Jones said. "Ultimately, it was the Lord's provision and a part of His overall plan."