Many gathered in Gwinnett County at Harbins Park Thursday night for a vigil to honor his life with candlelight and prayers as they shared their grief. 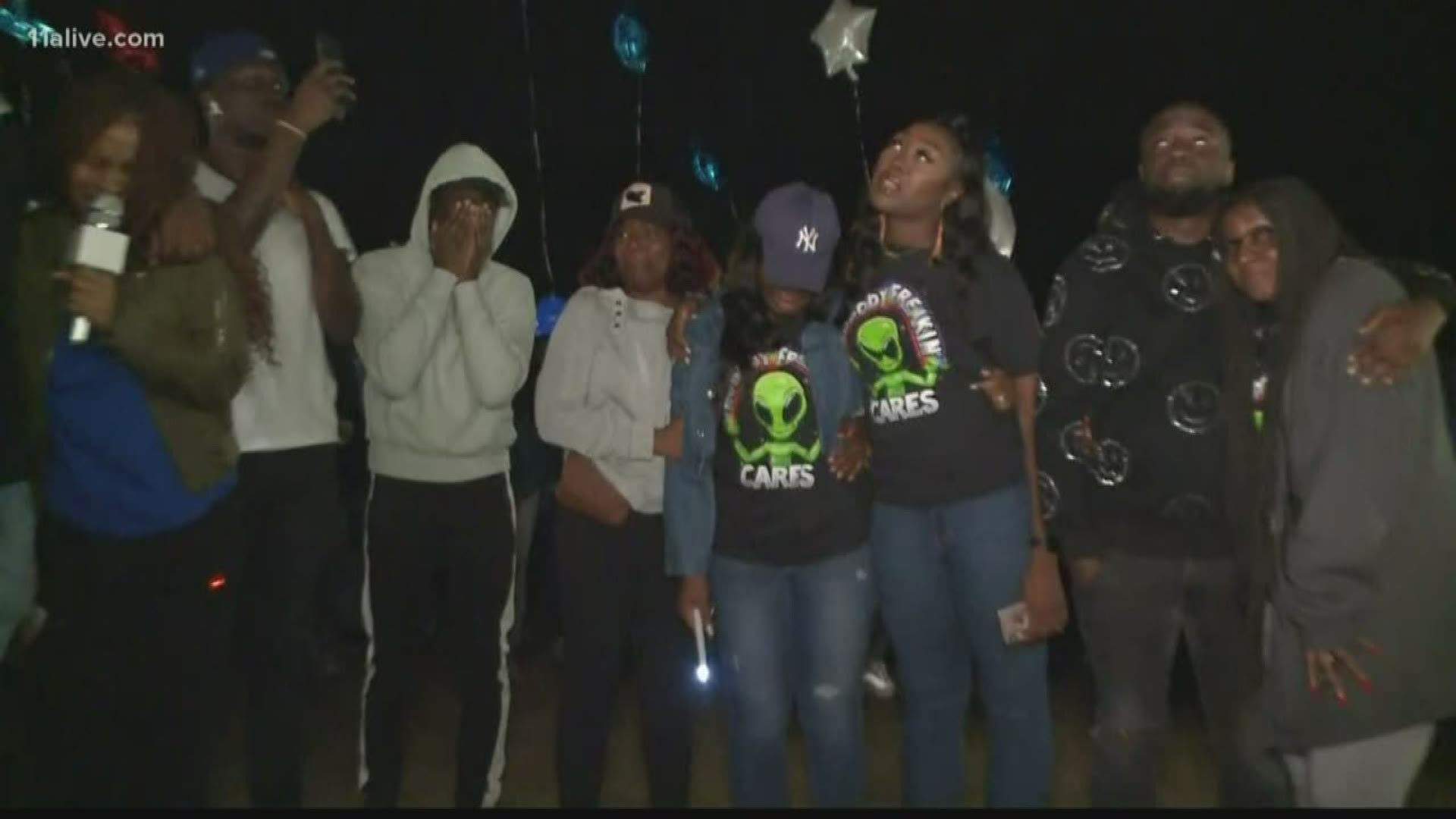 DACULA, Ga. — Tears continue to fall from the faces of those with broken hearts, mourning the death of a Kennesaw State University student.

Oluwafemi "Femi" Oyerinde, 18, was shot outside his off-campus apartment on Oct. 6.

The teen, who was a 2019 graduate of Archer High School, had just started classes as a freshman at KSU. The KSU freshman wanted to major in mechanical engineering and someday become a pilot.

The family of the 18-year-old, who was known as "Femi," described him as a person who always embraced his loved ones and friends whenever he saw them.

"He was a beautiful person and he was a hero," family described. "He helped everybody that he knew. He was just - he was the person everybody wanted to be and everyone wanted to know. But we have to all be strong and just, just hold each other in this time."

Family said he moved into an apartment with his cousin close to the school. But on that Sunday, police said someone shot him and two others. Cobb County Police said the shooting happened at around 11:40 a.m. at the Stadium Village Apartments, in the 3000 block of Hidden Forest Court. Femi died from his injuries, the other two survived.

Police are still trying to confirm the exact motive, but family said the shooter was angry that Femi and his friends were playing loud music.

“Somebody shot him just because of loud music?" his aunt Meg Edwards previously told 11Alive.  "That is wrong. That is wrong.”

Cobb Police have only said, so far, the shooting involved a dispute among neighbors.

On Thursday, authorities secured arrest warrants for Kashman Rael Thomas. He is charged with murder, and two counts each of aggravated assault and aggravated battery, according to the warrant obtained by 11Alive.

Meanwhile, family will lay Femi to rest at a funeral, Friday at noon.