Community members are donating paint and labor to repaint the buildings that appeared to be spray painted with explicit language and inappropriate drawings. 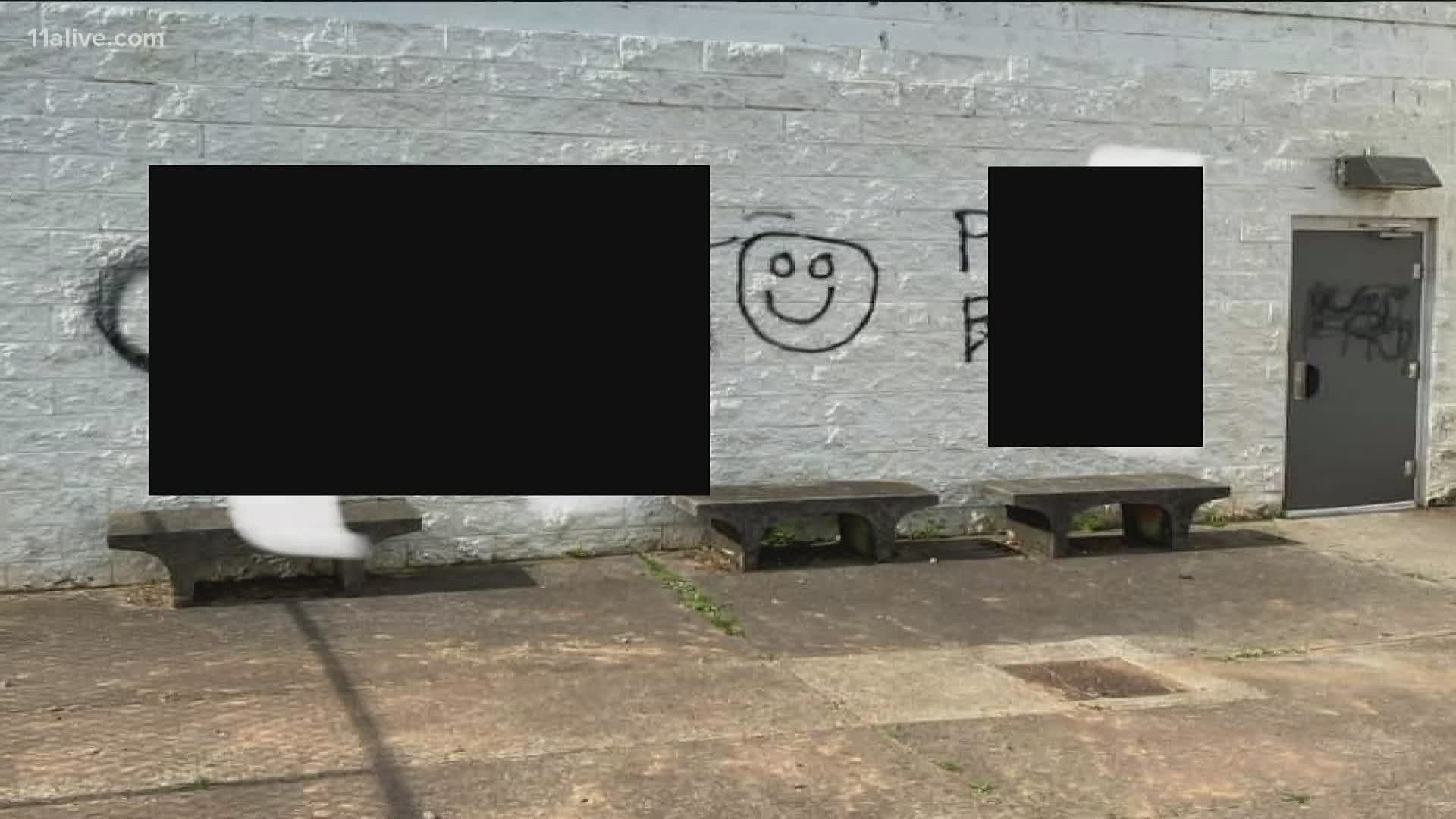 MARIETTA, Ga. — The Cobb County community is coming together to help repaint Walton High School after its buildings and field house were vandalized late last week.

Friday morning, the Walton community woke up to black spray paint with inappropriate drawings and explicit language, hours before seniors were graduating miles away at McEachern High School.

Head football coach Daniel Brunner said there was a youth camp at the school that morning.

"We had little kids on campus and some of the images were pretty bad," he said. "The images are probably going to be stuck with those kids for a while."

Brunner said custodians worked on scrubbing down the building and field house for hours, to remove the profanity from walls and sidewalks.

"It wasn't really a prank," he said. "It was a destruction of property. They've got video evidence. Our custodians, they do a great job,  long days. That was 6 p.m. at night and they had been here early in the morning working on it."

Brunner said the field house is a special place for the Walton Raiders Football team. It was funded by football parents and fundraising efforts years ago.

While the paint was scrubbed off, the walls are still stained.

"Budgets were hit hard last year so we felt like we finally got back on good ground, and you know, now we're like 'oh golly, we're going to spend all this money to clean up,'" he added. "Fortunately for us, we've had a lot of people step up so it's not going to cost us a thing to get the building painted which is absolutely outstanding."

People like Charlie Dallavalle who graduated from Walton High School in 1993 are helping with efforts. His company, Painting Plus, will be pressure washing and re-painting the buildings by next week for free.

"I've got the local Benjamin Moore dealer, in.SIDE.out Paint Centers is going to donate the paint and I'm donating all the labor and time and manpower to get it done," Dallavale said.

Dallavale usually gets a lot of work done around the school and even painted the field house 15 years ago. While he calls this act "selfish", he says the bright side is that the field house could've used a fresh new coat by now.

"It's upsetting and it's a bummer that somebody would do that to anybody's property but in today's world I wasn't shocked," Dallavale added. "We actually painted this probably about 15 years ago so you have to always look at the bright side of things, meaning it was always due for a repaint anyway."

Coach Brunner said he is grateful for the community and the school district and hopes that everyone shows this same support for their annual school cleanup event August 8.

"Our mission here is to create the best high school football experience possible for them and having a nice facility is part of that," Brunner said. "We work hard to try and keep it in good shape. It's a little heartbreaking. It's a gut punch. But it's all good, we're going to have a better looking building when it's all said and done and have a great summer."