A DeKalb County teacher says two slip and falls on the job put her out of work. 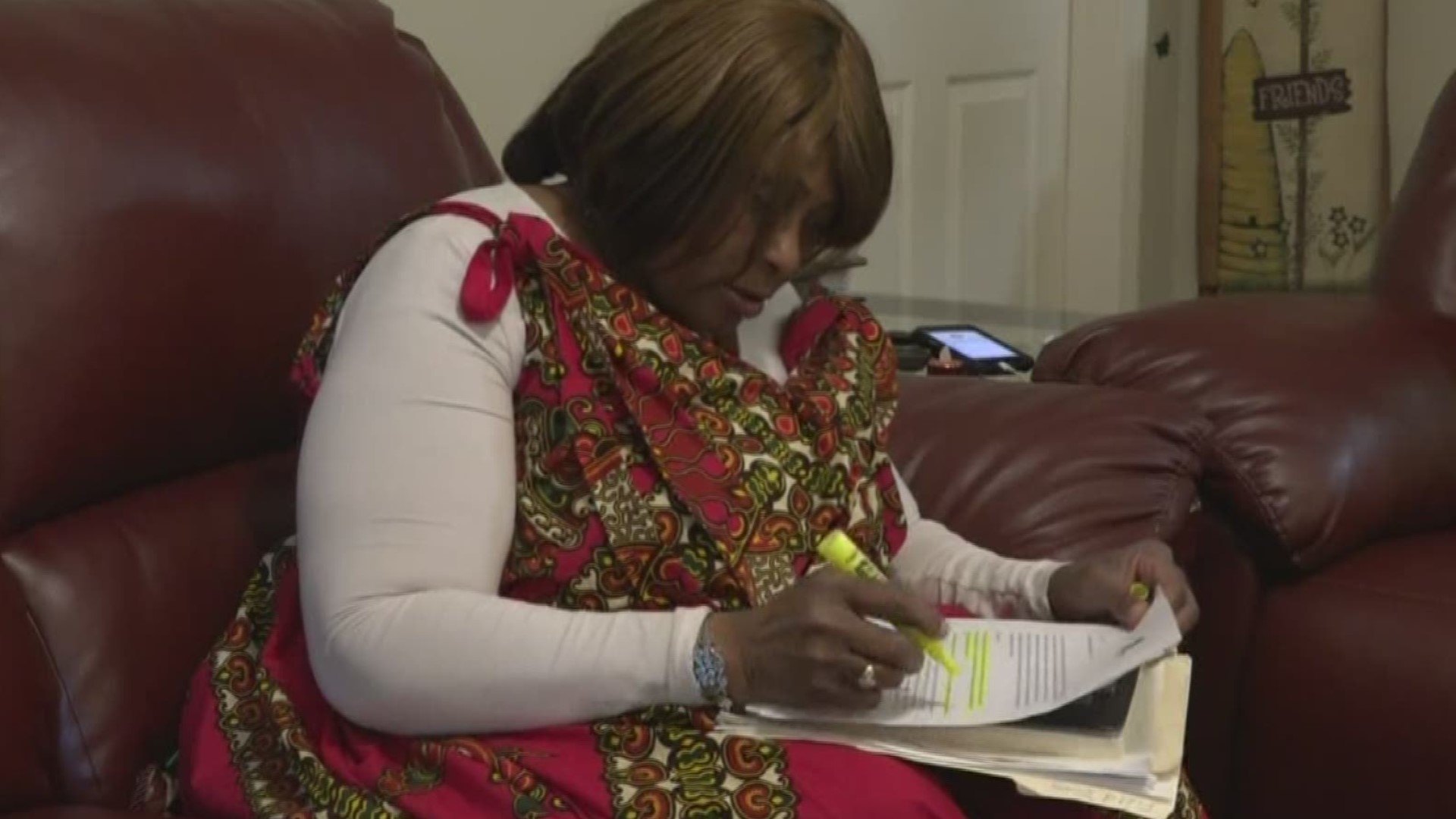 DEKALB COUNTY, Ga. — A DeKalb County teacher is out of work after she said she slipped and fell not once, but twice at the same school.

"It's still a knot in the back," said Lillian Bittaye from her couch in Snellville.

She says she's still recovering from the two falls at Idlewood Elementary.

"Some mornings I get up, I can't hardly walk."

She says the first fall was in May 2019 when she slipped on water that had leaked from a water fountain. The second happened on the first day of this school year.

"On my way down the hallway," she said. "My shoe sticks to the floor and I can’t move my left foot."

Bittaye said her shoe stuck, but her body kept going.

"I could not get up off the floor without assistance," she added.

For months,  Bittaye has kept a record of every doctor appointment, diagnosis, and treatment. The stacks of paper fill her coffee table.

Under Georgia's Worker's Compensation Act, an employee can get two-thirds of their average weekly pay if disabled for 21 consecutive days.

Bittaye said she has been out since December.

"There's no way I can afford to sit here to care for myself with nothing," she said.

In a statement to 11 Alive, the district said in part "resources have been made available to Ms. Bittaye" and that "the district cannot discuss the case because it deals with a confidential litigated employee matter."

Most of all, the teacher said she misses the students.

"That hurts because that's been my life, my livelihood and where I get my joy from is serving children,' she explained.

Bittaye has a hearing scheduled with the district later this month. She hopes the district will grant her some relief.