Eight inmates allege they were unfairly punished for the action of two others in the aftermath of the 2017 incident. 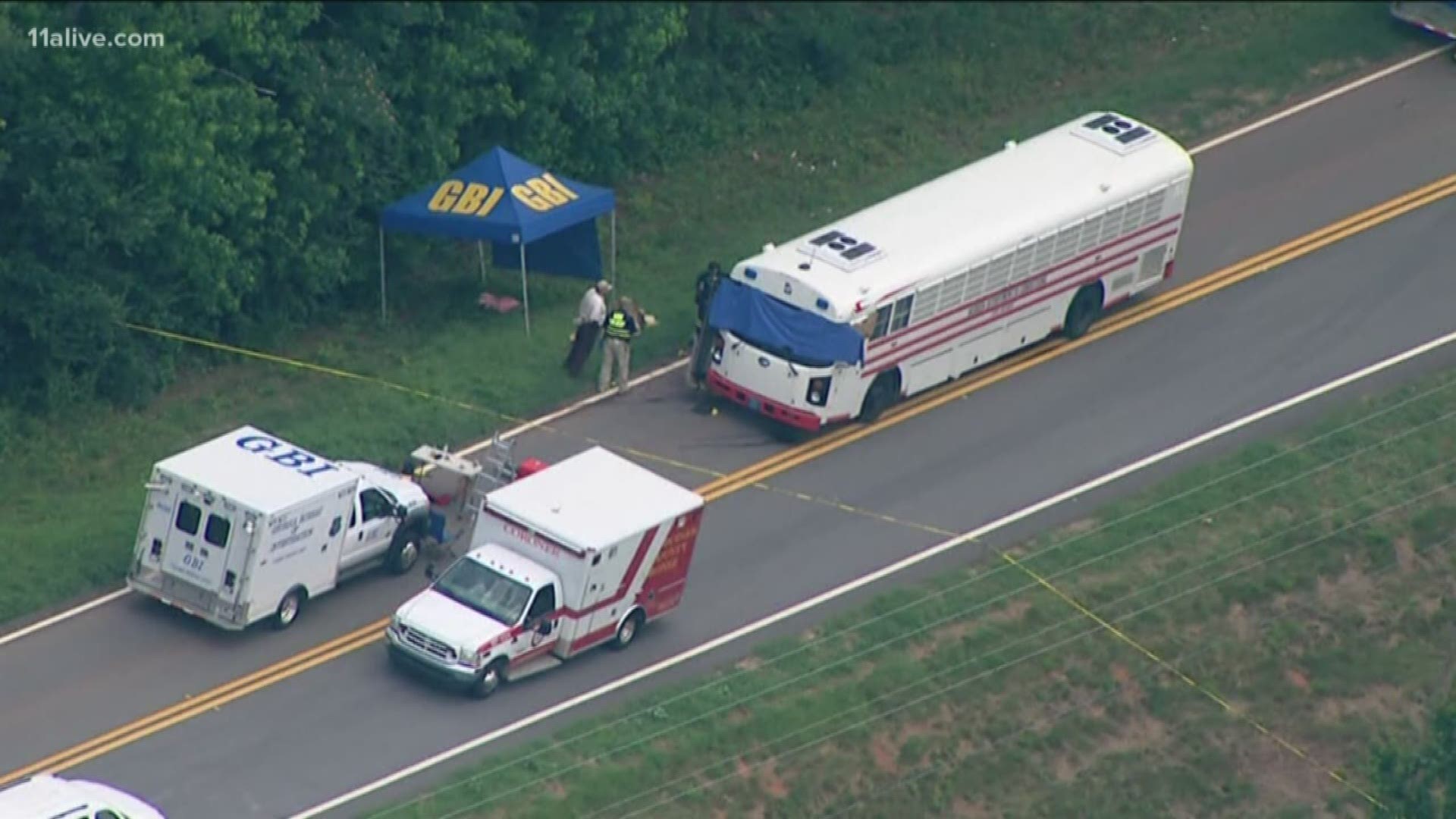 PUTNAM COUNTY, Ga. — A group of former and current Georgia prisoners are demanding jury trials after witnessing the killings of two prison guards in 2017.

During an escape, prisoners Ricky Dubose and Donnie Rowe shot and killed prison guards Christopher Monica and Curtis Billue on the bus, according to the Putnam County Sheriff's Office.

Dubose and Rowe were later captured in Rutherford County, Tennessee, after more than two days on the run, according to the Putnam County Sheriff.

RELATED: This is how the manhunt for the inmates accused of killing Ga. corrections officers ended

A series of federal lawsuits filed by the current and former Georgia Department of Corrections (DOC) inmates allege that the 2017 deaths of Monica and Billue could have been prevented.

The inmates are each seeking jury trials and at least $250,000, according to the lawsuit, because of injuries they say they suffered during the attack on the bus, in addition to allegedly being punished with solitary confinement.

Credit: WXIA
Christopher Monica, left, and Curtis Billue, right, were allegedly killed by escaped inmates in 2017, according to the sheriff's office.

"These guys stayed there, they tried to flag down someone to get help," said Kennesaw based attorney Theodore Salter Jr., who is representing the eight plaintiffs.

The lawsuit claims inmates were put in solitary for between 30 to 210 days each, but the state's investigation concluded the plaintiffs hadn't breached any rules or regulations and had no involvement in the incident on June 13, 2017.

"Nobody will tell us why," Salter said when asked about why the inmates were put in solitary confinement.

The lawsuits also present allegations of "violations of transporting prisoners and allowing violent prisoners to be transported on buses which were to be used for transport of only non-violent prisoners, failure to guard prisoners on the transportation bus so as to prevent picking of handcuff locks and door locks, leaving firearms exposed and available to prisoners."

Salter believes the entire incident could have been prevented.

11Alive's sister station WMAZ in 2017 reported on findings state DOC officials released about how Rowe and DuBose made their escape after allegedly killing Sgt. Christopher Monica and Officer Curtis Billue.

According to WMAZ reports, Rowe and Dubose escaped from a transportation bus that was headed from Baldwin State Prison to the Georgia Diagnostic Prison in Jackson.

DOC Commissioner Greg Dozier said during that transport, several mistakes were made.

First, the inmates on the bus were not adequately searched, he said, adding that Rowe and Dubose were able to bring a pin or toothbrush on board.

The inmates were also not double-locked in their handcuffs, "... a security practice that should be done," Dozier said.

"Within minutes after boarding that bus, they (Rowe and Dubose) were able to get out of their cuffs, not just them but several others," Dozier said.

The lawsuits are filed against the Georgia Department of Corrections, department commissioner Gregory Dozier as well as several other department officials and prison wardens.

When contacted by 11Alive about the lawsuits, a spokeswoman for the Georgia Department of Corrections said the department doesn't discuss pending litigation.