Atlanta's city council is debating a measure geared toward ending cash bail for some misdemeanor and non-violent offenses so that those who can't pay can still get out of jail. 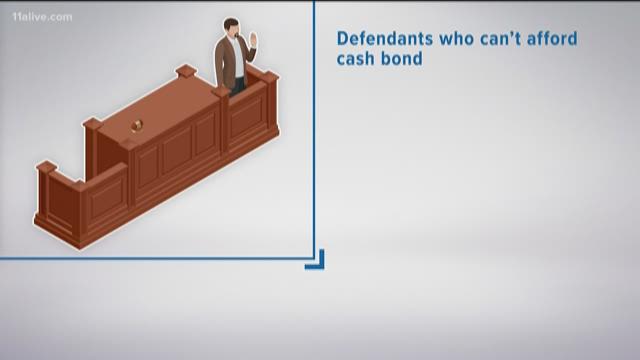 Last month, the Municipal Court of Atlanta announced a change to the court's bond policy that will allow those charged with non-violent offenses to sign signature bonds as opposed to requiring cash for bail.

The move had been proposed by Mayor Keisha Lance Bottoms and City Councilmember Natalyn Archibong as one which was geared toward helping those who did not have the ability to secure or pay a cash bond for their release from the city's detention center after their arrest in a move away from a wealth-based detention system.

The policy change is geared toward those individuals arrested under a Title 40 misdemeanor traffic offense or a non-violent city ordinance violation, provided the person does not pose a significant risk to public safety.

"Our momentum in revising the bond policy continues to grow," said Judge Terrine Gundy. "We are extremely grateful to former Mayor Kasim Reed for his support over the last year in this effort and to Mayor Keisha Lance Bottoms for her continued support and commitment to lead Atlanta in this initiative."

Some civil rights lawyers are not completely happy with the changes. They indicate that some judges may continue with wealth-based detention for some minor offenses.

Councilmember Archibong has introduced a measure before the city council which would eliminate the cash bond requirement for release after detention for certain offenses in the city of Atlanta. That measure will be debated on Tuesday before the council's Public Safety and Legal Administration Committee meeting.