The actress tweeted it was time to “stop feeding GA economy.” 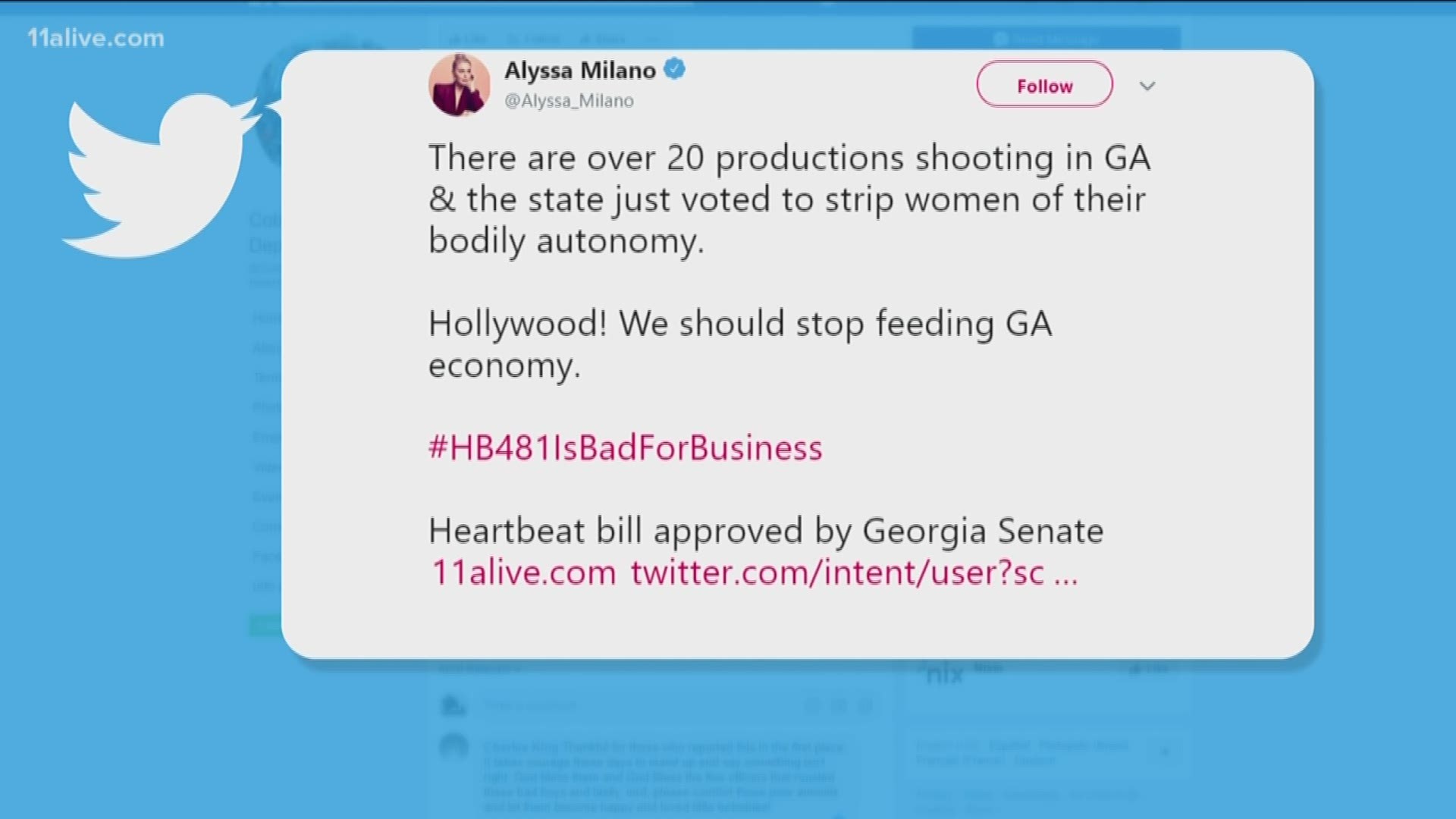 Georgia’s controversial “heartbeat bill” has not gone unnoticed in Hollywood.

On Friday, actress and "Project Runway: All Stars" host Alyssa Milano tweeted that the bill, which would limit abortions to six weeks after conception, would “strip women of their bodily autonomy.”

“There are over 20 productions shooting in FA & the state just voted to strip women of their bodily autonomy. Hollywood! We should stop feeding GA economy. #HB481IsBadForBusiness.”

The Georgia Senate passed the controversial bill Friday afternoon. HB481 would tightly restrict when women in Georgia can get abortions. Current law allows them up to 20 weeks gestation; the so-called “heartbeat” bill would roll it back to six weeks, when a heartbeat is detectable.

The bill makes exceptions for rape and incest, allowing abortion up to 20 weeks. However, it would require women to file “an official police report … alleging the offense of rape or incest” to qualify.

The legislation now heads back to the House, which will have to approve changes made in the Senate.

The ACLU issued a statement after the bill's passage saying it would challenge the law if implemented.

Georgia Gov. Brian Kemp issued a statement Friday, stating that “the State Senate affirmed Georgia’s commitment to life and the rights of the innocent unborn.”

RELATED: Here's a list of TV and movie productions filming in Atlanta

Earlier this week, the deputy commissioner of the Georgia Film, Music and Digital Entertainment Office said Georgia is "the number one filming location in the world."