Hundreds of local film projects for distribution companies like Netflix are bringing thousands of jobs to Atlanta -- making Georgia the third largest destination for the film industry in the United States. 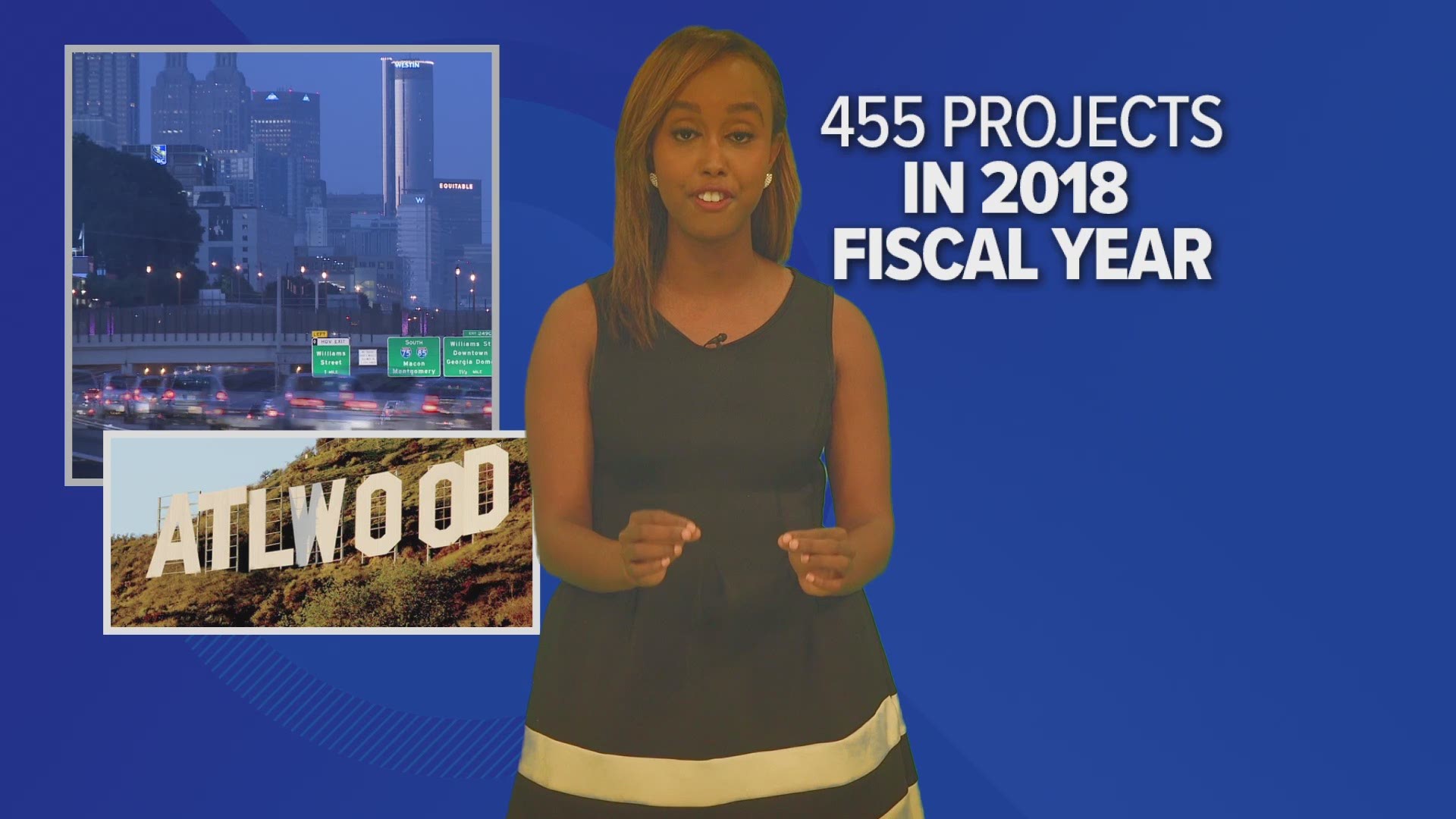 ATLANTA - Atlanta's film and talent production industry continues to grow across metro Atlanta -- and it seems like everyone wants to be part of it.

Here is why Atlanta is the southern hub of the film industry -- with more than 455 film and television projects in the state of Georgia this fiscal year, many are concentrated in metro Atlanta.

The Motion Picture Association of America says all the opportunities have brought in about 92,000 jobs.

As you can imagine so many production companies are based here making Georgia the third largest destination for the film industry right behind Los Angeles and New York -- at least, for now.

Many reasons according to the Georgia Department of Economic Development, including Georgia's tax incentive. Georgia's climate, diverse locations, plenty of infrastructure, lots of crews, access and a great quality of life all make the dream complete.

The Netflix series "Ozark" shows us scenes from Lake Allatoona, Braselton, and Norcross.

The series "Queer Eye" gives us variety as well, filming each episode in a different city --- like Winder, Dallas, Marietta, and Covington.

Metro Atlanta is also home to Pinewood Studios Atlanta which has been the home of several Marvel films.

And how can we do this report without mentioning Tyler Perry? With a large studio space and so many on-going projects under his belt, the television and film mogul has helped shine a light on the city.

Hollywood remains the heart of the industry, but don't sleep on Atlanta. It's on the up-and-up… ATL-Wood it doesn't need a huge mountain to let the world know it exists it's the ATL and it's here to stay.