The former first lady took notice of the well-dressed crowd that showed up for her book tour event. And so did moderator Gayle King. 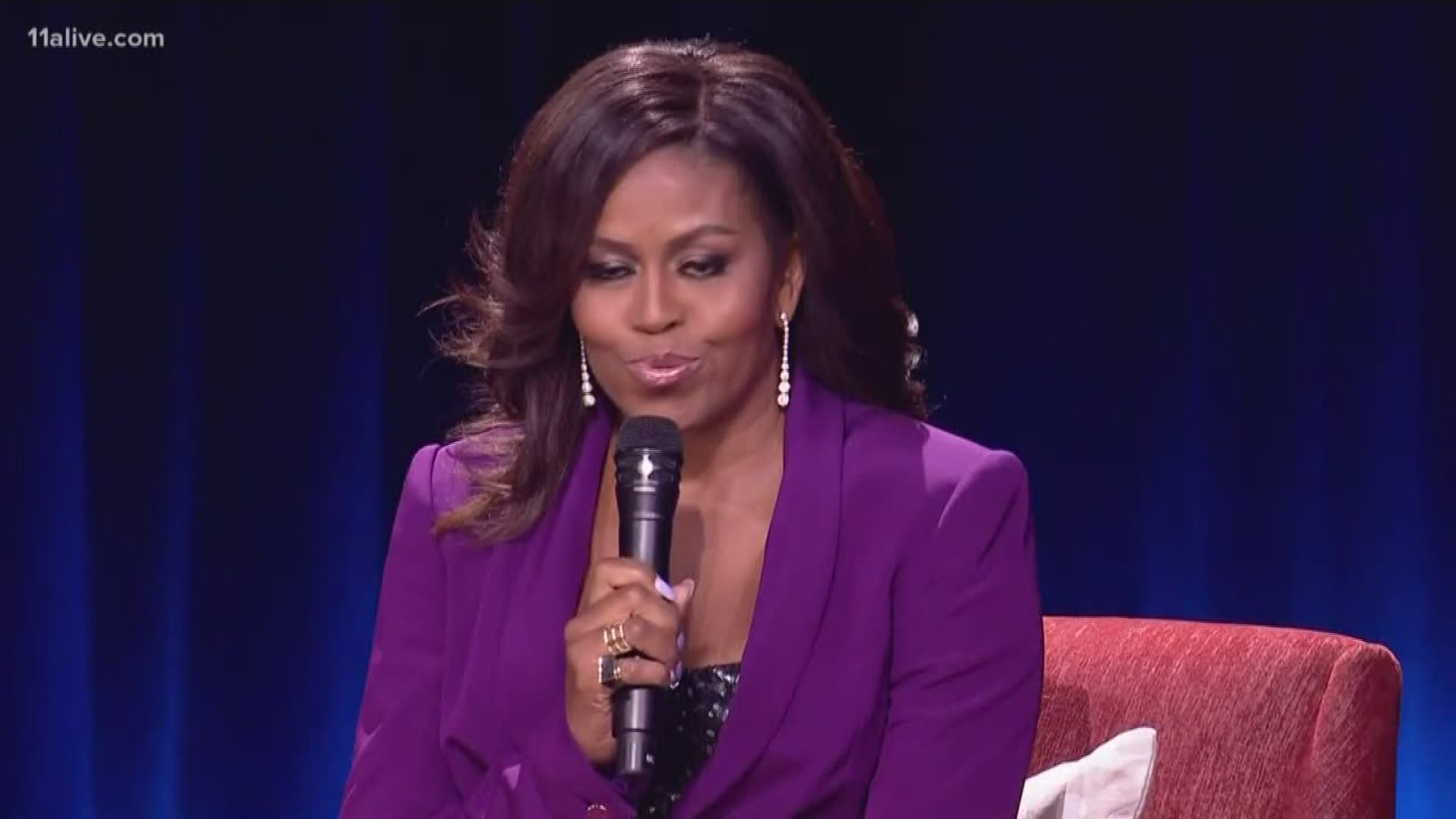 ATLANTA — Michelle Obama wrapped up a sold-out event at State Farm Arena, Saturday, where a huge crowd gathered to hear her stories and listen to questions from moderator Gayle King.

The former first lady was in town for her "Becoming" book tour. Attendees got to see some new pictures and family videos - some never before released to the public. They left some speculating that it might be a preview of what could come from their production company and the new Netflix agreement.

Hundreds of people shared their pictures from the book tour event on social media with the hashtag, #IAmBecoming.

"It was heartwarming, it was breathtaking, it was a wonderful experience," Rhonda Saulsberry said. "She charmed the whole audience. We're all under her spell."

Earlier in the day, Michelle Obama visited Spelman College where she sat in a group discussion with Spelman and Morehouse students.