It turns out the rapper's name was inspired by a comedian with deep ties to Atlanta. 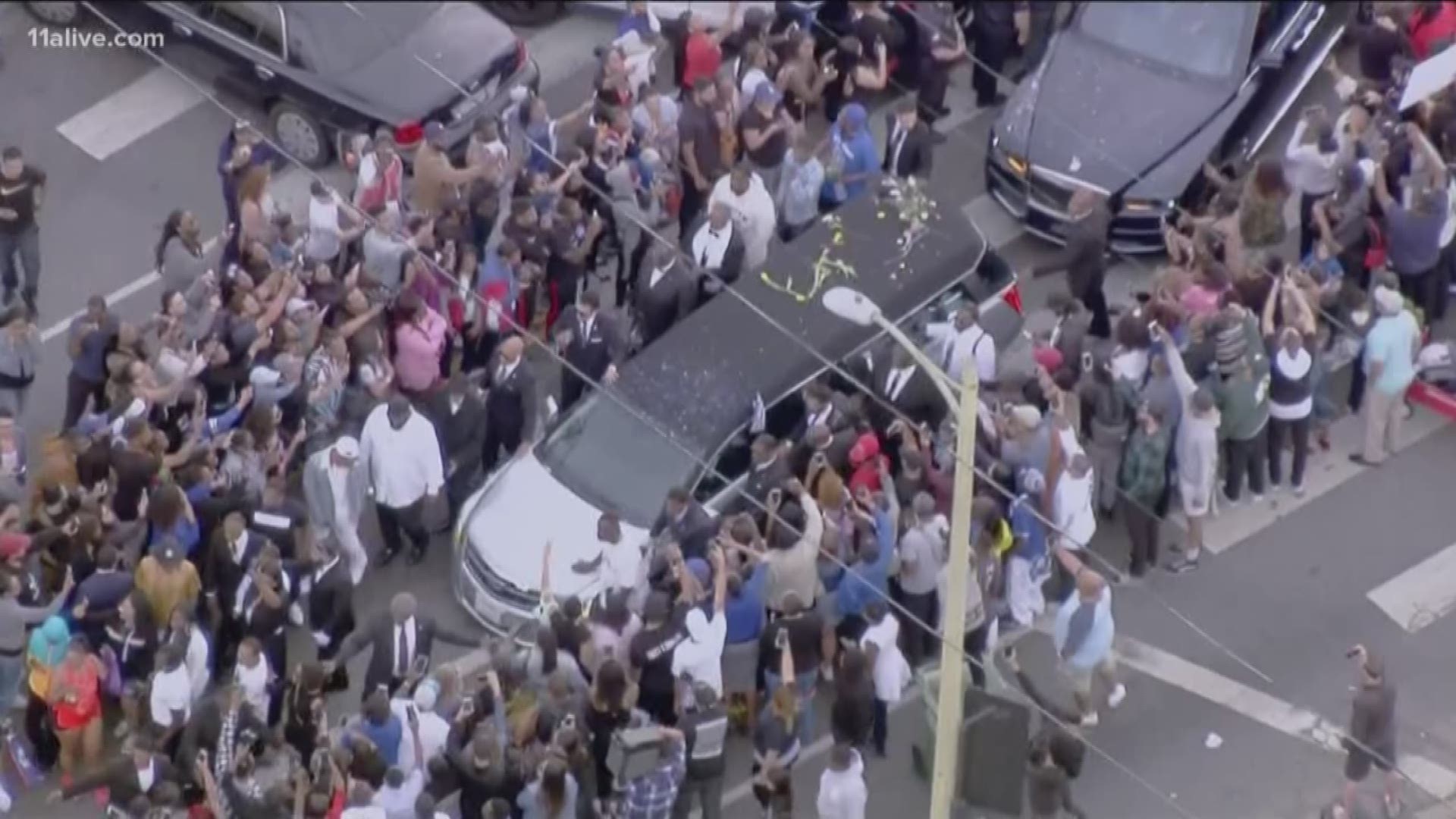 The rapper was killed in front of his own clothing store in Los Angeles on March 31. Fans packed into the Staples Center for a memorial service and tickets ran out in a matter of minutes. Those who couldn't get inside lined the streets for the procession to Forest Lawn Memorial Park where Nipsey Hussle was laid to rest.

There was one moment during the memorial that caught a lot of attention - when Minister Louis Farrakhan mistakenly called the rapper Nipsey Russell. But what seemed like a disrespectful slip-up to some was actually a reminder of how Hussell got his name.

It's an homage to famous comedian Julius "Nipsey" Russell who, if you didn't know, if from Atlanta.

Russell was born and raised here and attended Booker T. Washington High School - as did Martin Luther King and Lena Horne. He got his start as a comedian in the 1940s as a carhop at The Varsity where he increased the tips he earned by making customers laugh.

He was discovered after he began performing in nightclubs in the 1950s. A generation remembers him best as the Tin Man in the movie, "The Wiz."

Russell was a mainstay on network game shows and comedy roasts in the 1970s. He was called the Poet Laureate of television.