Tessa Daniel painted a picture of an unstructured home life as her daughters were shuffled to at least six temporary homes during Laila’s short life. 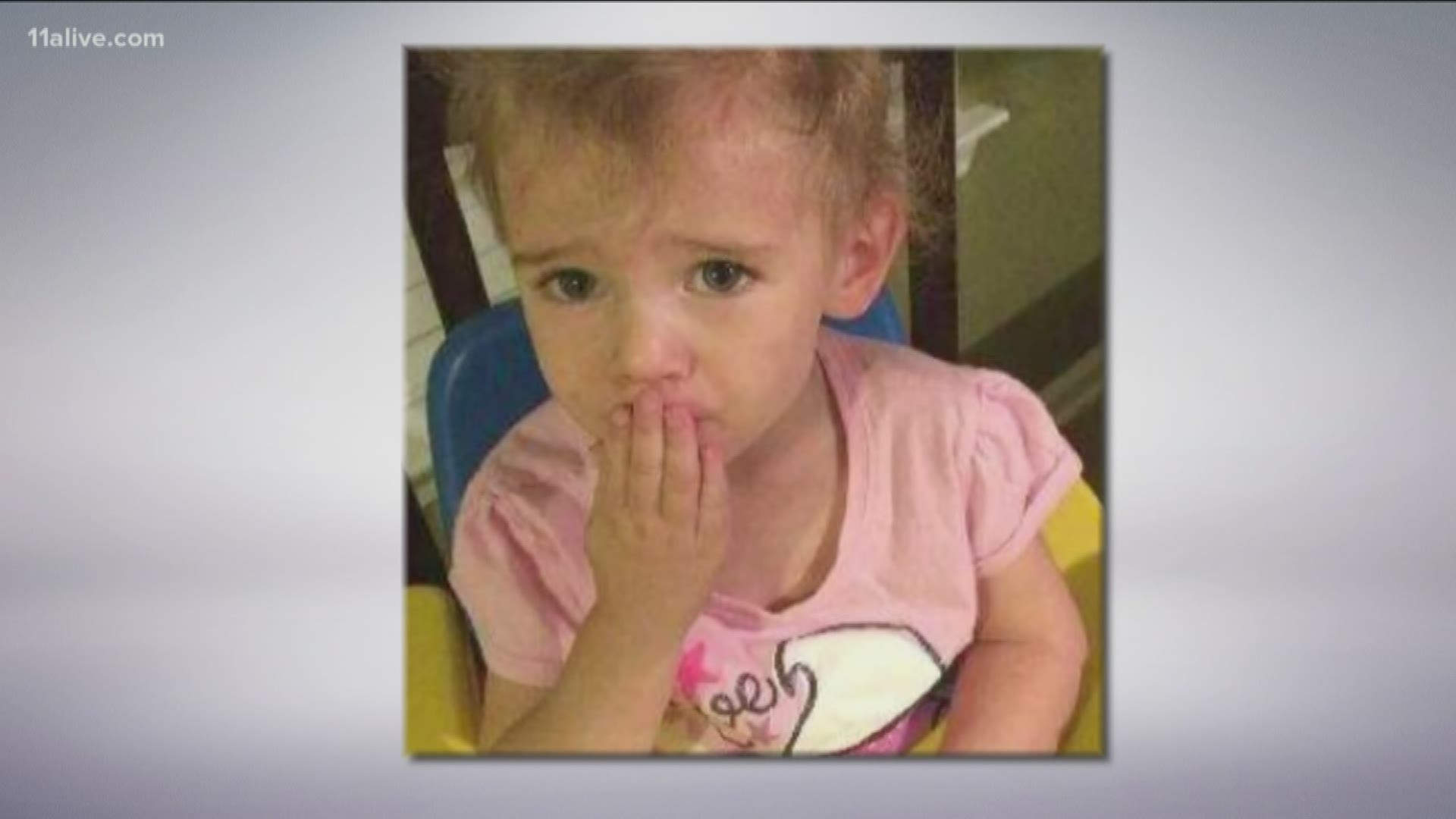 Laila was just two years old when she died in in November of 2015. Her foster parents, Jennifer and Joseph Rosenbaum, said the toddler choked on chicken and died.

WATCH THE TRIAL: Trial of foster parents charged in murder of 2-year-old girl

Authorities say she died from abuse at the hands of the Rosenbaums. According to the medical examiner’s reports, Laila had several injuries when died:

The Rosenbaums are facing 49 charges including murder and aggravated assault. The Rosenbaums say the injury that ultimately caused Laila’s death was caused when Jennifer tried to perform the Heimlich maneuver and CPR on Laila when she was choking. Prosecutors say Laila suffered from abuse at the hands of the Rosenbaums during the short few months she lived with them.

Tessa Daniel, Laila's mom, took the stand Wednesday and told the court about her struggles with drug abuse. She said Laila and her older sister, Millie, were shuffled between her home and the homes of relatives and friends until DFCS (Dept. of Family and Child Services) took custody of them. 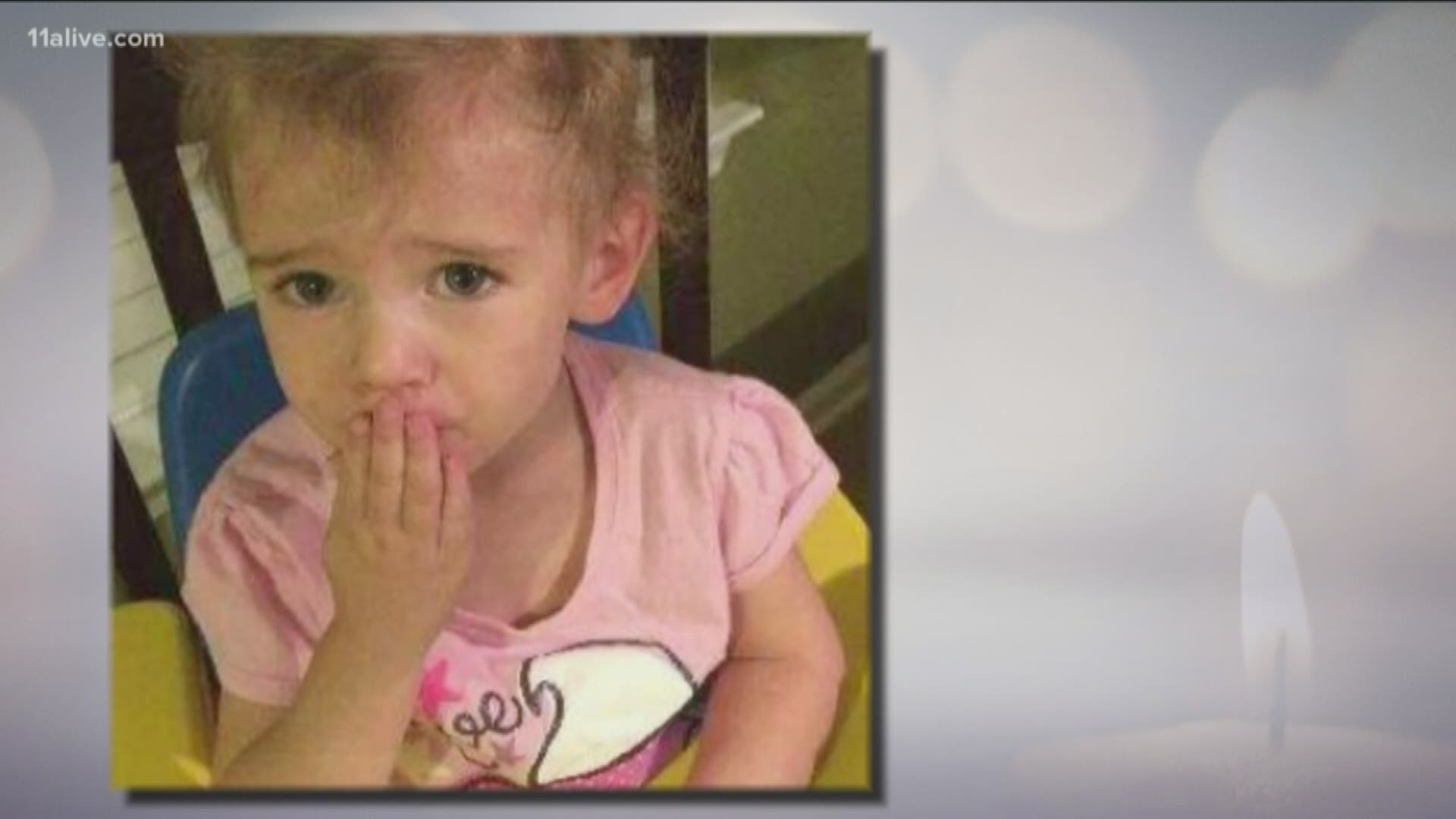 Daniel told the court about the first fateful Facebook messages she exchanged with Jennifer Rosenbaum in 2015. It was these messages that laid the groundwork for the Rosenbaums to become foster parents to Laila and Millie.

When they were minors and both in the foster care system, Daniel said she and Jennifer Rosenbaum used to live in a shelter together. When Daniel saw how well Rosenbaum had done, she thought their home could be a good place for her daughters.

“I just looked at all her pictures of her and Joseph and their dogs and stuff and I felt like they were good people,” said Daniel.

Jennifer Rosenbaum was working for the Henry County District Attorney’s office at the time she reached out to Tessa Daniel. She was also a third year law student and running for a seat on the Henry County Commission. Joseph was employed as a corrections officer.

“I figured that she couldn’t mean nothing bad,” Daniel told the court. “I figured she had to have good intentions if she reached out like that.”

After more messages, Tessa Daniel decided she would ask the court to let the Rosenbaums be foster parents to her two daughters, Laila and Millie. The girls began living with the Rosenbaums in their Henry County home in summer of 2015. By the fall, Daniel began to second guess her decision.

Daniel recalled a phone conversation she had with Millie that worried her.

“The only time Millie wasn’t calm and cool in a phone call…. She was just frantic and hysterical really,” testified Daniel. “Talking about how much she missed her old people. Talking about me and my mom. She was talking about she just wanted to see us.”

After that, Daniel said she began recording all of her phone conversations with the Rosenbaums or her children. Prosecutors introduced one of those phone calls.

The court heard Daniel speak with Jennifer Rosenbaum and both of her daughters. Daniel testified it was the last conversation she would have with Laila before the little girl died. She broke into tears on the witness stand as the judge announced a break for the court proceedings.

Earlier Thursday, an emergency room nurse took the stand to testify about treating Millie. Photos of the girl’s injuries, including bruising on her arms and legs, were introduced.

She was asked by Corinne Mull, defense attorney for the Rosenbaums, if the injuries could be caused by rough housing.

“I think anything is possible. In my experience those were pretty large bruises. It would have to be pretty significant rough housing.”

During cross examination by the Rosenbaum’s attorney, Daniel said she did cancel visitation with her daughters on at least once occasion. She also said Jennifer Rosenbaum was the only one of the foster parents who allowed Daniel to visit her children.

She said the photos Jennifer Rosenbaum was sending her via messages showed a happy family.

Family friends testify about Laila’s condition before staying with Rosenbaums

Michelle Chapman, a friend of the family, took the stand Wednesday afternoon and testified she took care of Laila and Millie in 2014. She said she met the girls and Tessa one afternoon and, when asked by Tessa to take care of the children, she took custody of them on the same day.

She said both girls were happy and healthy during their time with her. When asked if the girls had any marks or bruises from rough housing, she said no.

“She (Laila) didn’t have a marking on her. Ever,” said Chapman.

Cynthia Tate took the stand and testified she cared for Laila during 2014. Tate began taking care of the toddler after Tessa Daniel’s mother asked to keep her for a few days. Those few days turned into a few months. Eventually, DFCS took custody of Laila.

Tate said Laila never had any medical issues while she was with her.

A pediatrician was the final witness to take the stand Wednesday. He treated Laila before she stayed with the Rosenbaums. He said he saw no signs of ill health or abuse.

When shown autopsy photos of Laila's injuries after her death and asked if he saw any marks similar to that when he treated Laila, his response was 'No.'

Upon cross examination, the pediatrician was asked if the bruises from Laila's autopsy photo could be caused from a child sliding down a ladder.

"I would think it would be from some type of abuse but I can't rule it out," testified Dr. John Potts.

The trial is expected to last 3-4 weeks.