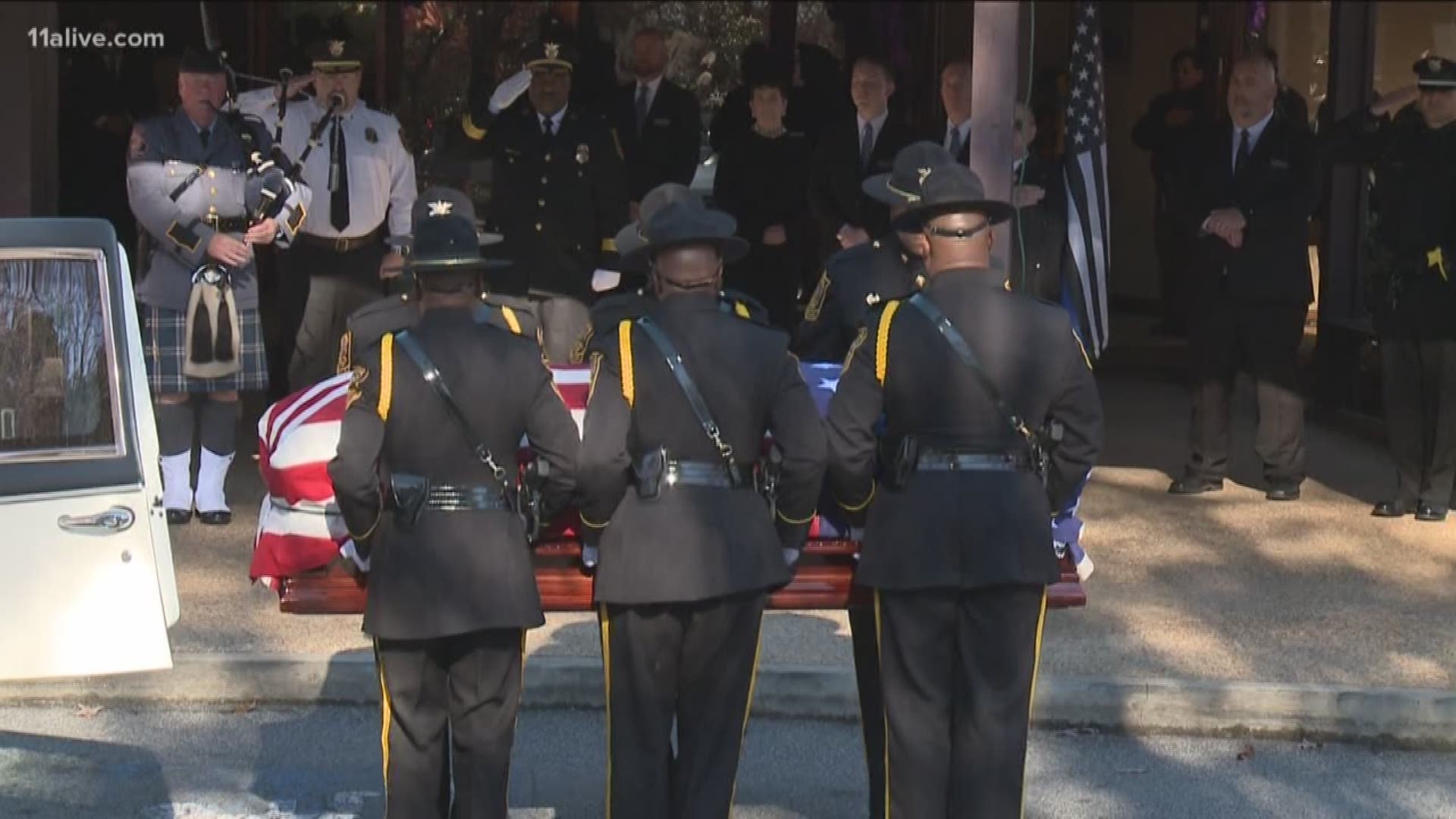 Today, colleagues, family and friends celebrated the life of a DeKalb officer who was killed in the line of duty last week.

"He had a future ahead of him, he did die a hero," DeKalb Police Chief Conroy said. "He died doing what he was trained to do."

Funeral services will be held at 11:00 a.m. at All Saints Catholic Church, which is located at  2443 Mt. Vernon Road in Dunwoody.

Before the funeral, Officer Flores' casket was escorted from the funeral home to the church. 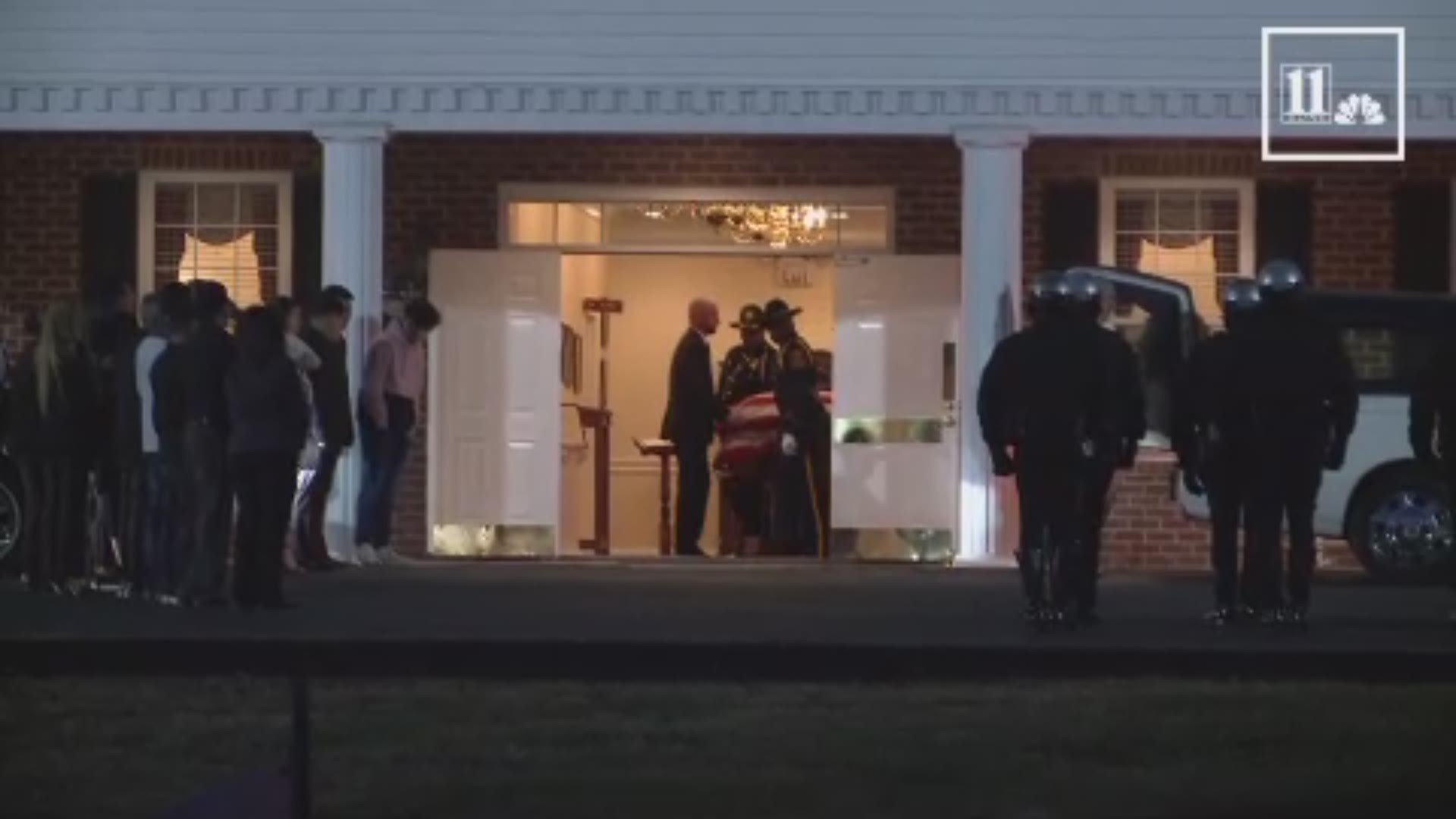 Another funeral is scheduled for Wednesday, December 19, at 11:00 a.m. at Prince of Peace Catholic Church, which is located  6439 Spout Springs Road in Flowery Branch.

Interment will be held on Wednesday, December 19, in Yonah Memorial Gardens after the funeral.

Many of his colleagues said Officer Flores will be remembered as a shining star in the department.

It was around 5 p.m. Thursday when Flores conducted a traffic stop on Candler Road. According to police, the driver took off on foot and the officer followed him into a parking lot of a Piggly Wiggly grocery store.

DeKalb Police Chief James Conroy said during the foot pursuit, the suspect allegedly shot Flores who was taken to the hospital where he died from his injuries.  More officers responded to the Candler-McAfee neighborhood to look for the suspect.

One, a K9 officer named Indi , was shot and taken to the hospital. After he shot Indi, Conroy said the officers then shot the suspect several times. He was taken the hospital where he died.

The Georgia Bureau of Investigation identified the suspect as 33-year-old Brandon Taylor, of Decatur, Georgia.