Ruger was supposed to take an antibiotic after his leg was amputated, but the pharmacist mistakenly gave him a medication that almost killed him, the family said. 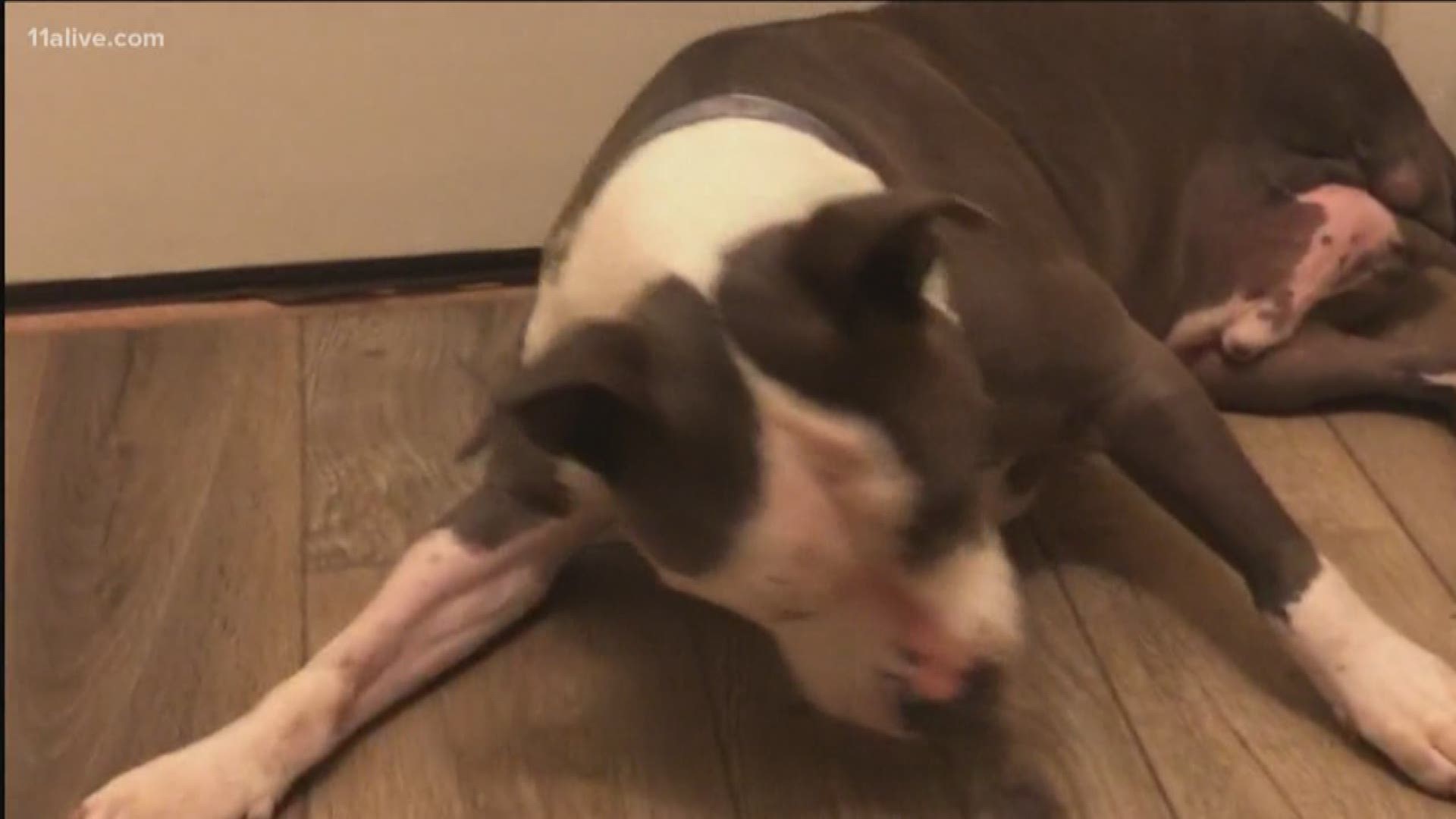 A serious warning for anyone filling a prescription: a local woman said her dog was almost killed when the pharmacist gave them the wrong medication.

In a video Carolyn O'Brien shared with 11Alive, you can hear the panic in her voice when she found Ruger shaking on the floor at 3 a.m.

"If you could have seen him. He was unable to walk, hold his head up, his eyes were rolling back," she said.

She rushed Ruger to the vet and got there just in time.

"They literally met us on a gurney and rushed him in and had to save his life. He had bottomed out. And it only took two doses of the medication to do that to him," she said.

Ruger was taking medication to fight an infection after he had his leg amputated.

"The vet wrote the script, I took it to my local pharmacy, and the pharmacist filled an incorrect prescription that almost killed him," she said.

READ: 'He's the best partner you could have' | Memorial held for K-9 Officer Hector

It was his fourth round of the antibiotic, and she did think something was off.

The names of the medications are remarkable similar, but the effects couldn't be more different. We're told the pharmacist gave her dog a rare medication meant for humans infected with Malaria.

"It truly almost killed him," O'Brien said. "And to see him tremor and convulse across his whole body across the floor and he couldn't get up. It was tough."

Kroger has apologized and is working with O'Brien to help with some of the medical bills. It cost nearly $4,000 to save Ruger's life. Now Carolyn is warning everyone to be careful.

"Check your prescription. Triple check it, double check it, and check it again. There's an app, it's called pill finder, and it will show you exactly what your medication should look like. What it should be spelled like, it will give you the generic version," she said.

She says Ruger still has tremors in his face and is fighting the side effects of the incorrect medication... but it won't slow this 3 legged puppy down.

"He's the happiest dog, every morning, I want to be like Ruger," she said.

Kroger says this was an incredibly rare error and they're working to retrain the team at that location to make sure they're following the right procedures.

"We understand the bond our customers share with their pets. We have reached out to the customer to apologize and provide assistance.

Safety procedures are in place to help prevent this type of situation and we are working with our pharmacy team to ensure these best practices are followed. The safety and health of our customers, their family and their pets are our top priority and we will continue to work to ensure we are doing all we can to provide the highest level of safety procedures and service.”  -Kroger Communications