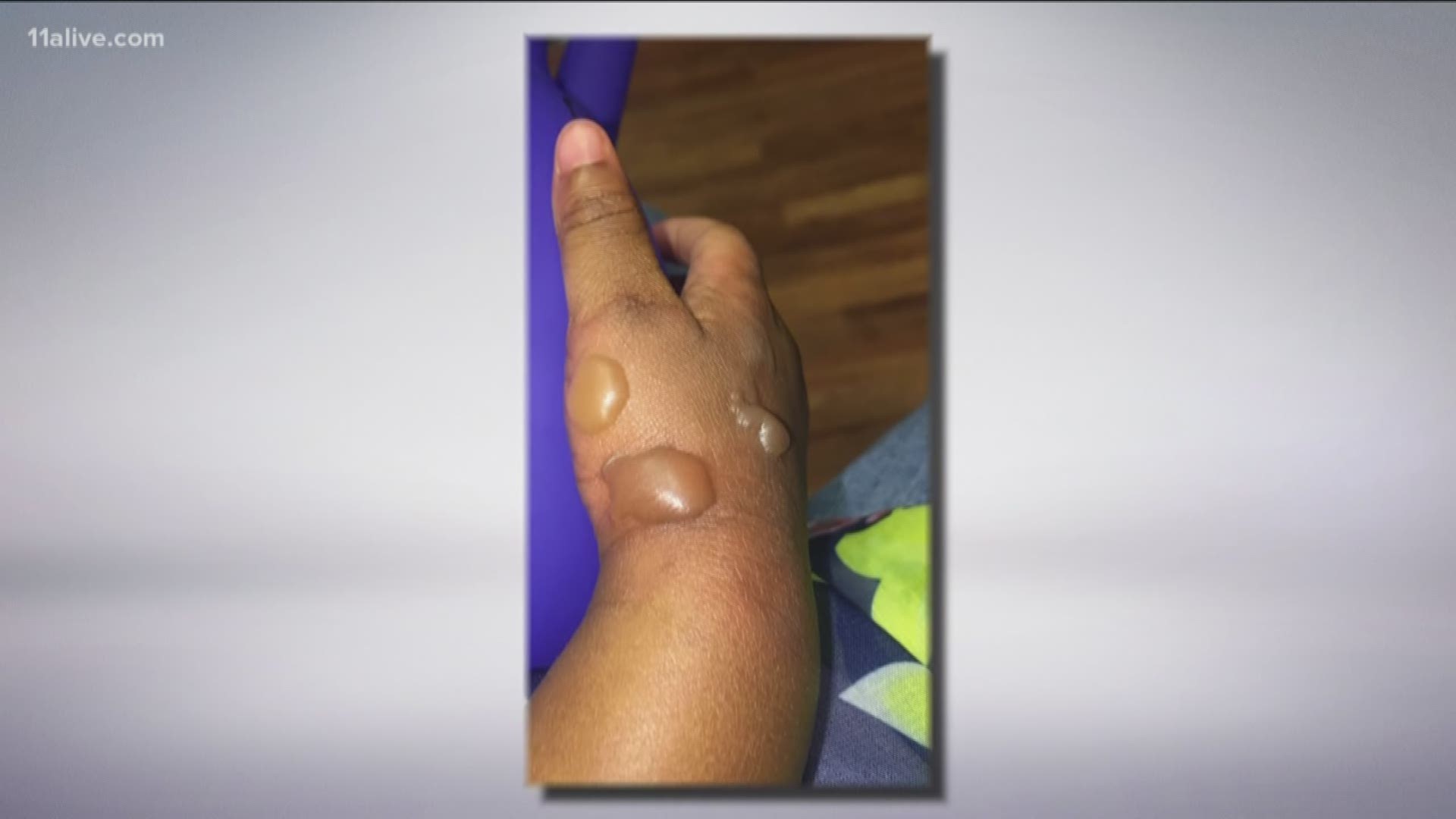 LAWRENCEVILLE, Ga. — It started off as any other drive through experience for a Georgia family.

Koddi Dunn said they were on their way home to Cornelia, Georgia after visiting her husband's mother in Lawrenceville when they decided to pull off to get a Little Caesars pizza for their two hungry sons. They had done this many times before.

When they pulled into the driveway of the Lawrenceville store around 8:40 Friday night, Dunn said the parking lot was packed.

When it was their turn to order, Dunn said they asked for a Hot-N-Ready Pepperoni pizza. The cashier took their payment and handed them the pizza, as expected.

Not assuming anything was wrong, Dunn said she handed the pizza off to her 15-year-old son Jeremiah, who grabbed a napkin and took a slice, then grabbed another for his 9-year-old brother. He reached over to hand the slice to his Jaden - but then, hysterical screams stopped the family in their tracks.

Dunn said as Jeremiah reached over his 2-year-old sister Jordyn seated between them, a dribble of scalding sauce and cheese landed on the girl's right hand and leg, burning her so severely they had to take her to the hospital.

"I have never heard such a sound come from a child," Dunn told 11Alive. "We immediately pulled our car over to the side of the road and grabbed her from her car seat. It took all of 30 seconds. In that small amount of time, she continued to cry uncontrollably and said, 'Mommy my hand!'"

Dunn said an hour later, they were sitting in a room at the Gwinnett Medical Center, where a doctor told them that Jordyn got second-degree burns, which had already started to blister.

After their daughter got medical treatment, Dunn said they immediately went back to the store to talk to the manager. She said the manager on duty told them that typically, the Hot-N- Ready pizzas are held at 165 degrees when they are handed to customers. But because they were so busy, the pizzas were going from straight out of the oven - where they're cooked at nearly 500 degrees - to customers, like the Dunns. But Dunn said she never got a warning.

"Why would they put a 400-degree item in a box and hand it to a customer without warning," Dunn wanted to know. "That's not what they normally do. The pizza is supposed to cool before its ever distributed. Even when you make pizza at home they tell you to allow it to cool for 5 minutes. And the box, hid the heat!"

But it was the callous way they handled their complaint that Dunn said made their blood boil.

Dunn said the manager told them he would take down their complaint, but that upper management would probably not respond and nothing would come of it. 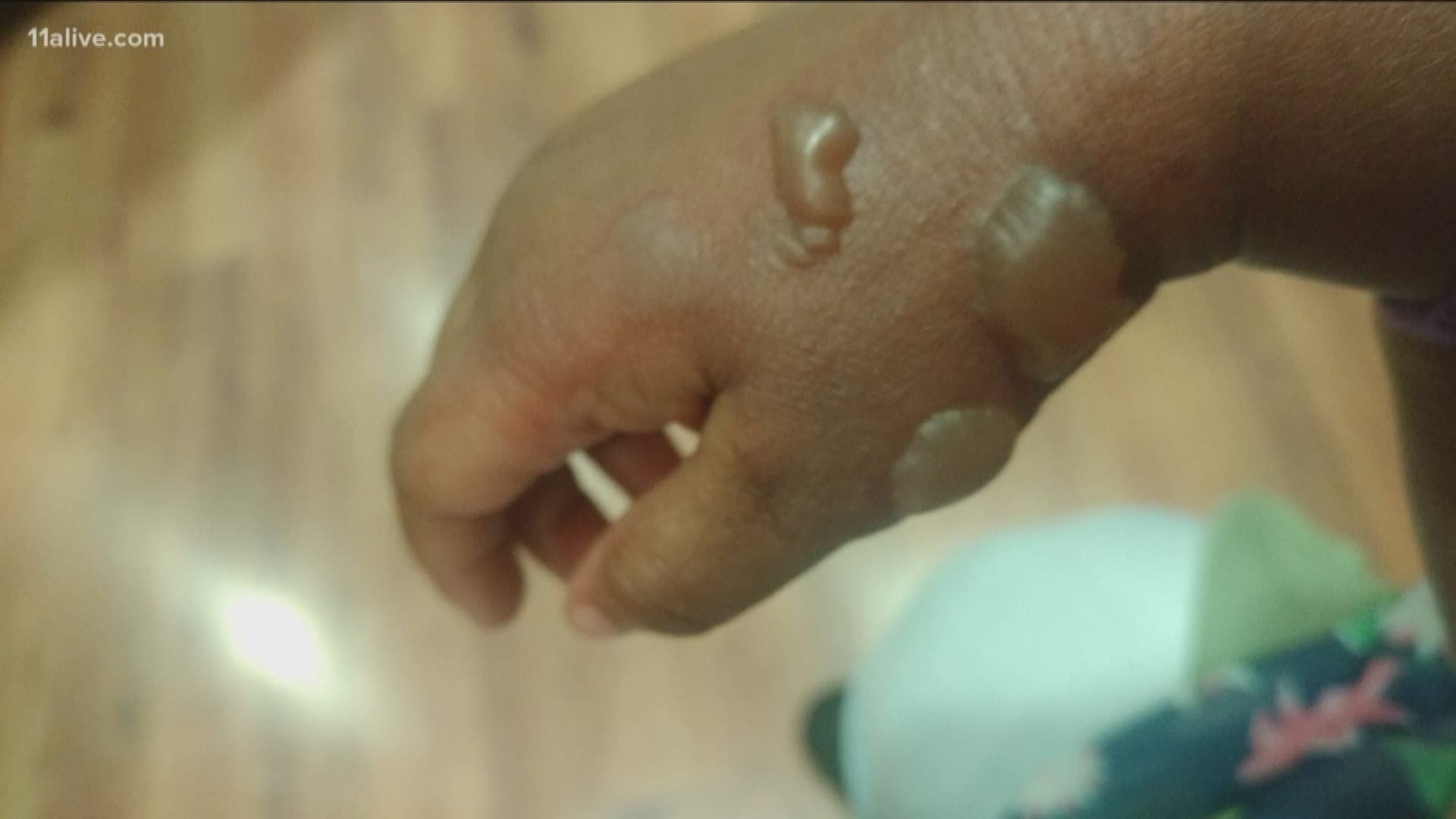 Now, Dunn is sharing her story with the hope that Little Caesars will change their policies to how the store distributes its Hot-N-Ready pizzas to make sure they have ample time to cool before they're handed off to customers.

"As a mom, I never would have passed it back had I known that a 400-degree burning pizza was in it," Dunn said. "The box had heat, and as always my customary warning to my sons to be careful was given. But even still, there is no way anyone could have known what was happening inside the box until a drop from a slice fell on my child."

"A $5 box of pizza should NEVER end with a trip to the ER," Dunn concluded.

11Alive reached out to Little Caesars' corporate office for a comment, but did not get a response. We also went to the Lawrenceville store, but employees there declined to speak about the situation.

A day after 11Alive story aired, Dunn said they received a voicemail from corporate saying they were aware of the issue, but nothing more. The Dunns said they are still looking for a lawyer and do plan to take legal action.

“The safety of our customers and employees is our highest priority. We are aware of this unfortunate incident. Our hearts go out to Jordyn and her family and we wish her a speedy recovery. We are continuing to work with the customer and the franchisee of this store. At this time, we believe that all procedures were followed. As a precaution, we have a warning label on our pizza boxes. Our customers expect to receive fresh, hot pizza out of the oven.”