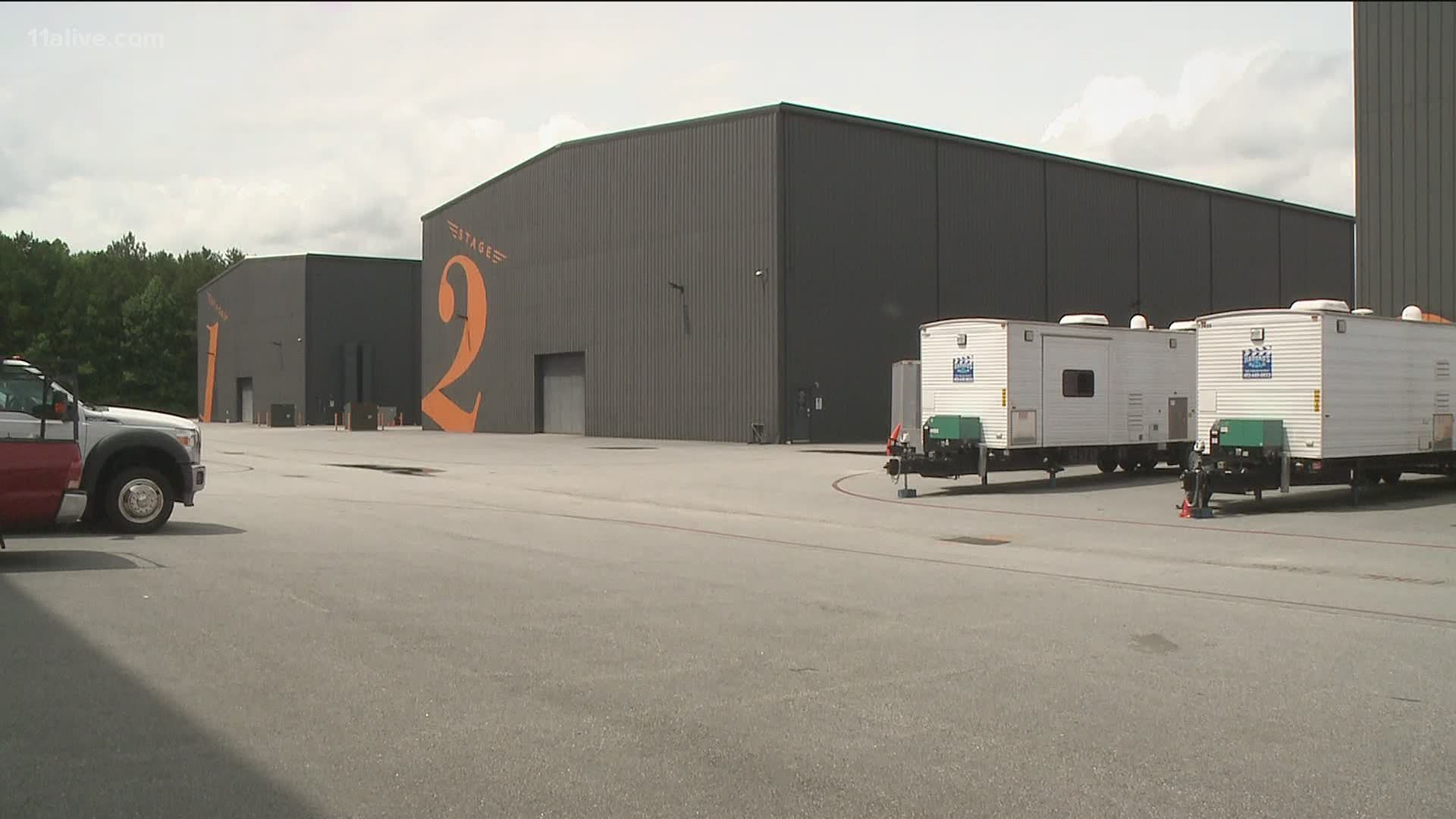 ATLANTA — Georgia’s film industry is coming back to life.  The state film office and a studio chief tell 11Alive News that newly-launched pre-production on films and TV shows are reviving an industry that all-but died with the start of the pandemic in March.

At southeast Atlanta’s Blackhall studio, production workers quietly started returning to work in earnest about three weeks ago – to begin the prep work for movies made by Marvel and Fox – and a TV series on Netflix, titles all undisclosed.

"Right now, our on-the-ground is producers, their accounting teams; there are some set builders but it’s all the set production. It’s all the pre-principal photography guys on the ground getting started," said Ryan Millsap, Blackhall’s chairman and CEO. He expects on-set and on-scene shoots to start in earnest again in Georgia by the end of September.

The state film office lists twenty nine titles now in production or pre-production in Georgia – one third of them feature films.  Ozark, a Netflix show set in Missouri but shot in north Georgia – will reportedly start shooting again in November.

Millsap says the state’s cavernous studios and abundant outdoor space are ideal for social distancing – and that new pandemic protocols are in use.

"I think we’ve learned enough about this virus to fight it and not just stay home and quarantine," Millsap said.  "I think they're taking very strong precautions with all of the actors (and other workers), working to keep them as isolated as possible, keep as few people on set as possible while filming. I feel good about the protocols they’ve been working to create."

Millsap says Blackhall has installed a new air handling system similar to those in hospitals.  In a statement, Lee Thomas of the state film production office says “studios… seem to be filling up quickly (and) are really going above and beyond to keep their productions safe.”

By September, Millsap says he expects Blackhall to be fully re-animated.  "Are we going to be at the same pace that we were in January and February? Yes. We’ll be full. And it'll just be a question of how well the protocols are working to keep everybody in production."