Finding hope over heroin along rough road to recovery

Allie Armbruster had a charmed childhood, but she almost lost it all to drugs, including heroin. Now 32, she's sober and studying to be a lawyer to help change the system from the inside. Her road out wasn't easy. 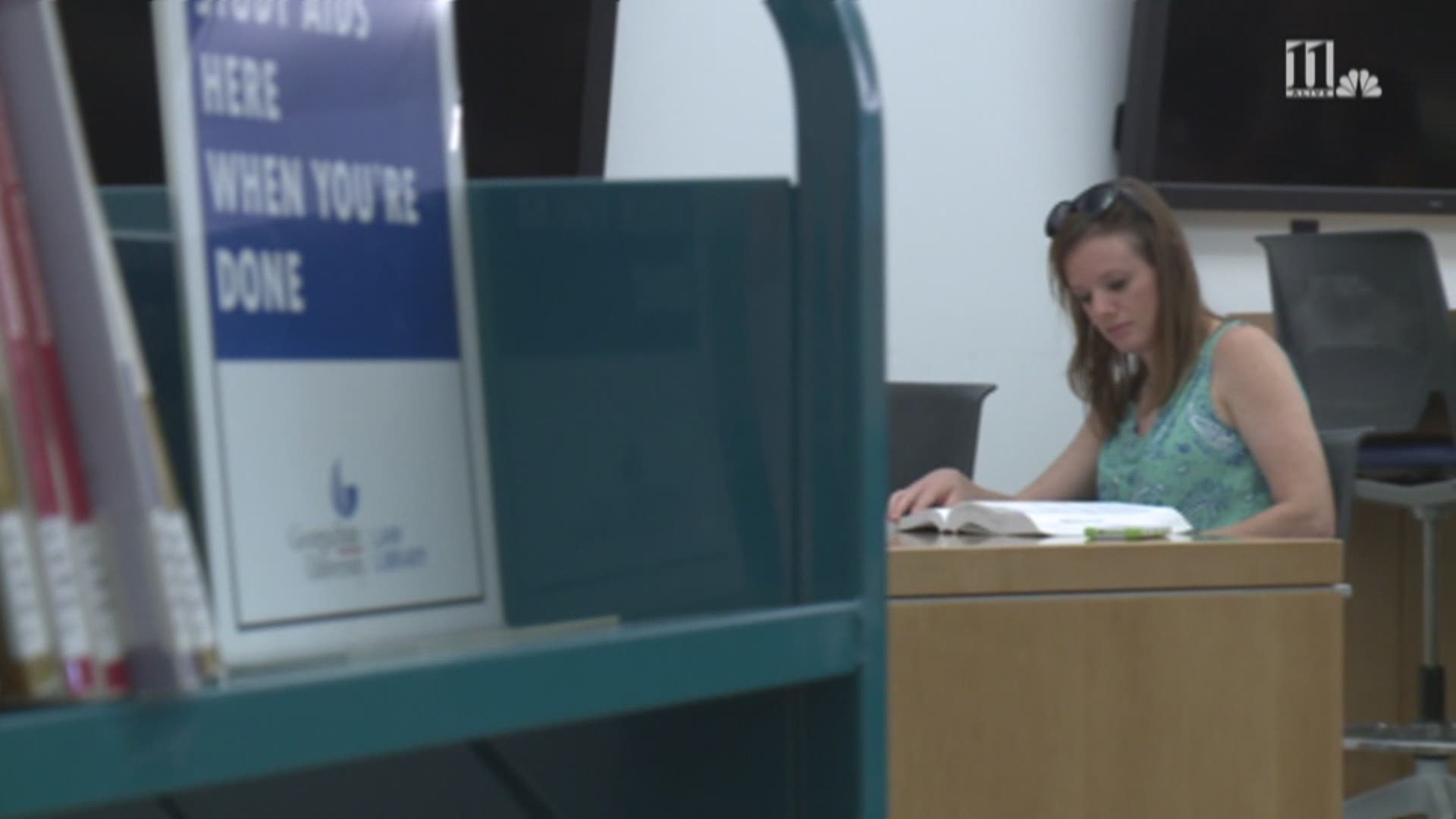 For Allie Armbruster, 32, the road to law school was as rocky as they come.

"These are law schools, and the goal is to learn and uphold the law," she told 11Alive's Jennifer Leslie. "I've spent the last 10 years of my life breaking the law. I understand why the reaction would be a hard no."

Watch Allie answer questions in this Facebook Live below.

And yet in her early days, Allie had it made.

Her dad's an accomplished lawyer, and she was captain of the debate team at Pace Academy, a prestigious private school in Buckhead.

"The flipside of growing up in such a charmed childhood is there's a lot of pressure to be successful," Allie explained. "I had somehow internalized that achievement was the only measure of my self-worth."

In her early years, Allie seemed to have it made.

She found relief from that pressure by drinking and smoking pot, starting at the end of her junior year.

And it got worse when she left home to go to Princeton University.

"If you look at my transcript from Princeton, you can just see in my grades the decline, which coincided with how much I was using," she said.

Right before her senior year, Allie took medical leave from Princeton, came home and met a guy who introduced her to heroin.

"Heroin is so powerful, and it's physically addicting, which is sort of what makes it different from any other drug," Allie said. "When you don't have it, you feel physically like you're dying. I mean, it's like you have the flu times 1000."

Jennifer: "You overdosed how many times?"

Allie: "I've overdosed and been to the hospital four times."

Allie: "I've been arrersted for possession of heroin and cocaine 6 times."

Jennifer: "And been in treatment?"

Allie was arrested six times for possession of cocaine and heroin before turning her life around.

Allie's fast downward spiral took a heavy toll on her family. Her mom, Belinda Pattillo, tried to get her help back when she first started drinking.

"There were so many years that I went to bed and didn't know if she would be alive the next day," Belinda said.

There were times when she had to turn her back on her daughter.

"It was probably one of the hardest things I've ever done, to say, 'I'm done. For now, I'm done.' I had done all I could," Belinda explained.

"Heroin is so powerful, and it's physically addicting, which is sort of what makes it different from any other drug," Allie said.

The last time Allie was arrested was in 2013. It was the only time her parents did not get her a lawyer. She spent four months in the Cherokee County jail.

"In a way it saved my life, because I was separated from heroin long enough that I could start to think clearly, again," Allie said. "I had to be locked up to get away from the drug."

When she got out of jail, she stayed sober for awhile before ending up back to rehab. Only this time was different. Something really clicked.

"The last time I went to rehab, they were like, 'Maybe you should go back to school.' And so that's what I did. And as soon as I did that, and I started to feel good about myself, everything started to change," Allie remembers.

Allie went to Oglethorpe University to finish her bachelor's degree.

But on October 7, 2015, she had one more big setback. Her final overdose was her rock bottom.

"When I woke up in the hospital. I had like a sense of willingness to do the work, to do what I needed to do to get sober that I had never had before," Allie said.

Her family was also ready to do what they needed to.

"Every time Allie wanted to try, I stood with her, and that was a lot of times," Belinda added. "My family did, too. My sister did. And eventually it worked."

"She's fun, she's funny, and she tells me the truth," Belinda Pattillo said of Allie. "She's working hard. It's just a joy."

Not only did she get into Georgia State University Law School, but she earned a scholarship.

She was featured in the 2018 summer issue of the Georgia State University Magazine.

"I am forever grateful that this school took a chance on someone like me," Allie said while giving a speech to Georgia State Law scholarship donors last semester. "Serving time in jail and living as an active addict for so many years opened my eyes and my heart to the systematic inequalities in our justice system."

Allie wants to help change the system from the inside.

"If we can figure out a way to treat people, then they won't keep going back," Allie told Jennifer. "I went back to jail over and over, again, because I wasn't fixing the fundamental problem."

After about a decade of drug abuse, Allie's been clean and sober for almost three years.

Allie's been clean and sober for almost three years.

"Even seeing the pictures, my mugshots, to me, it's like I'm looking at a completely different person," Allie added. "It's important for people to know there is hope."