Fire crews said only two were taken to the hospital and that their injuries were smoke related. 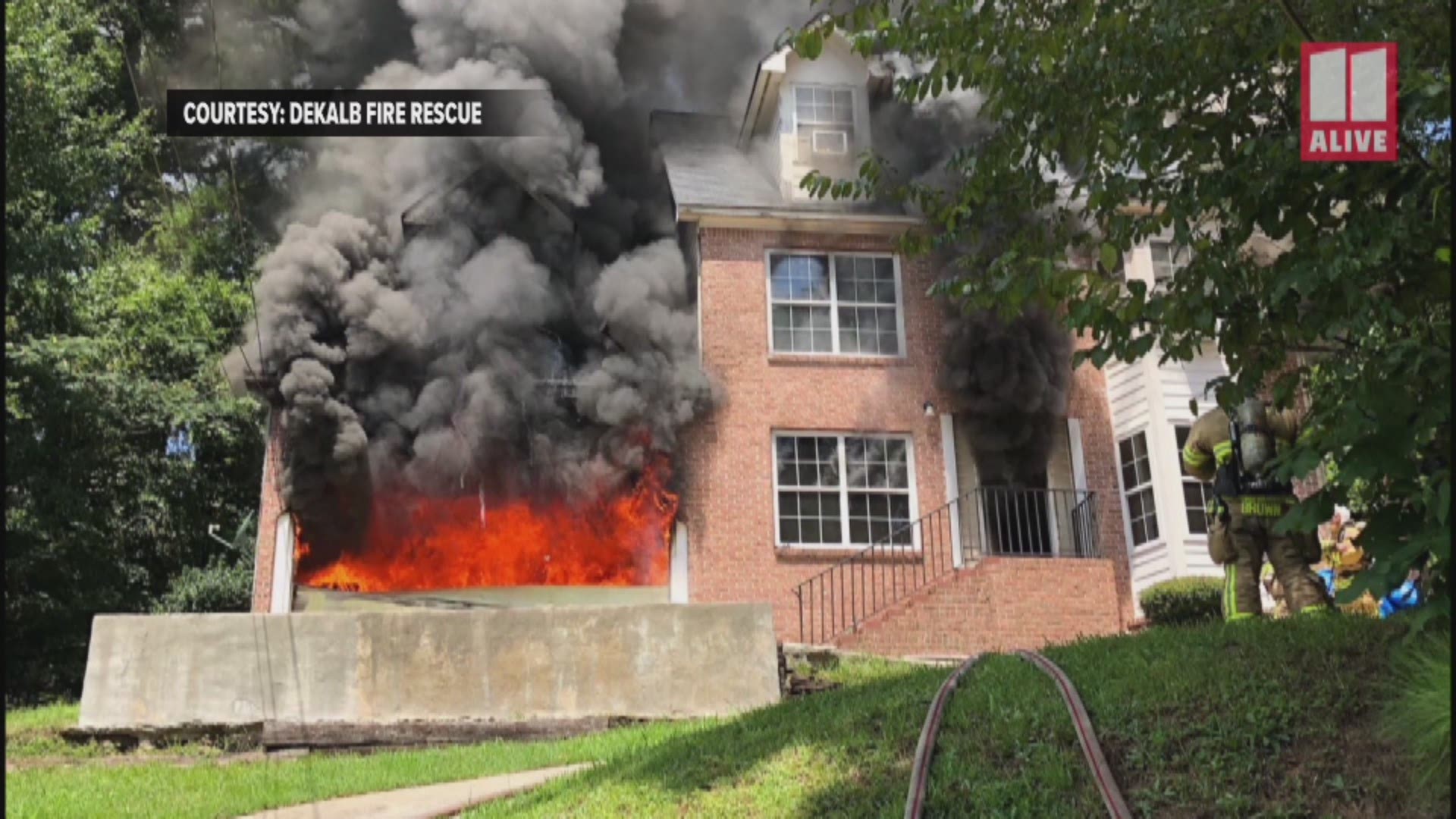 DEKALB COUNTY, Ga. — DeKalb Fire Rescue is recognizing the quick work of some of its own first responders - including one who carried a woman from a dangerous house fire - on Tuesday afternoon.

Firefighters responded to a house fire with people trapped inside off of Justin Lane around 1 p.m.  They arrived to find three people had gotten themselves out of the home - but at least one person was still in danger.

Photos provided by DeKalb Fire Rescue show a firefighter carrying one woman from what appears to be a burning three-story home. Just to the left, flames and billowing black smoke or pouring out of windows on at least two floors of the home. Ultimately, two people were taken to the hospital and had suffered only "smoke-related" injuries.

1 / 13
DeKalb Fire Rescue
Fire crews battle flames at a DeKalb home as another firefighter rescues a woman from the scene.

Fire officials haven't released what they believe was the cause of the fire or how badly the home was damaged. However, they commended the fire crews who responded for making sure this serious fire didn't also end up becoming tragic.