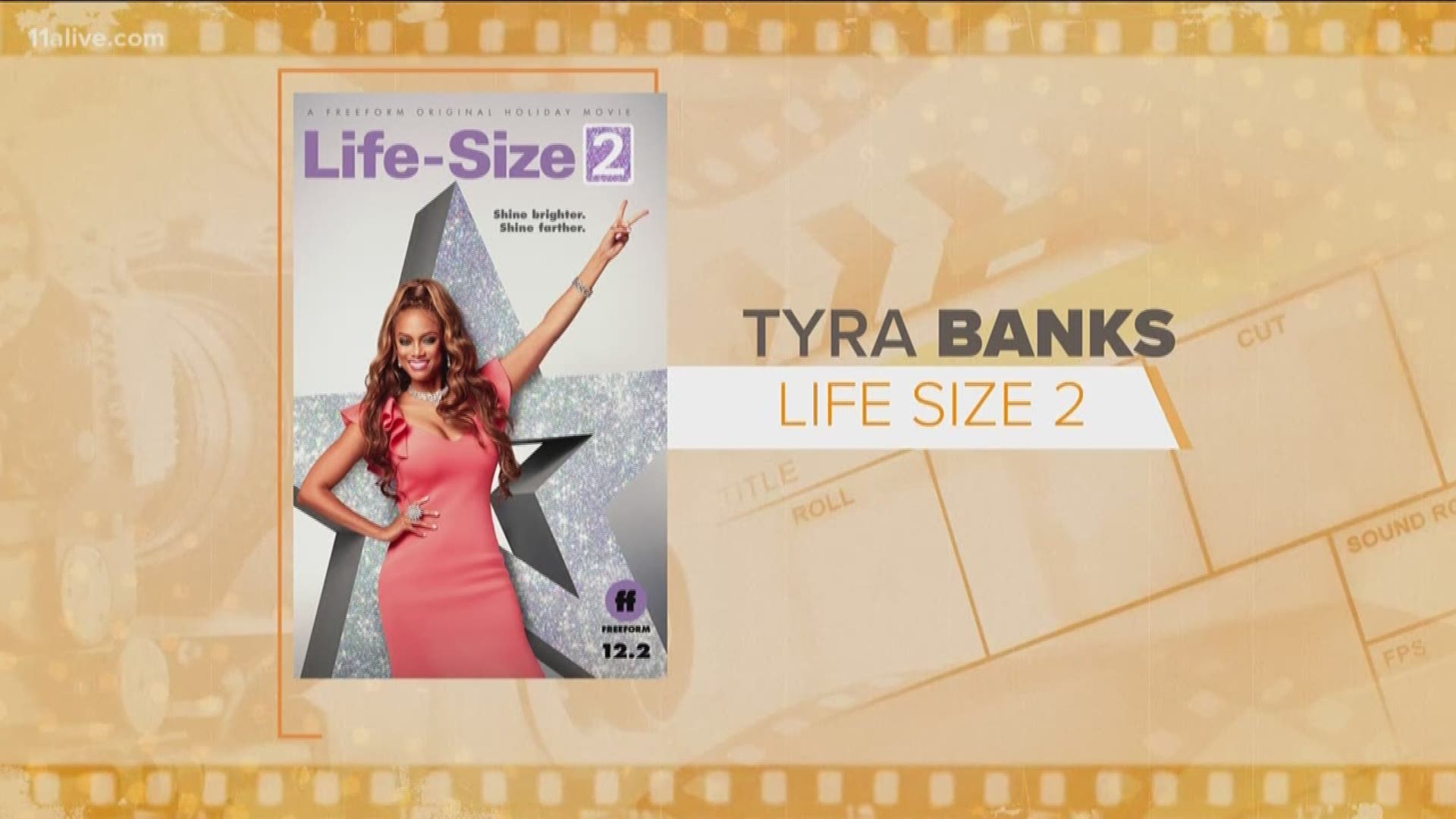 ATLANTA – We’re getting a sneak peek at the sequel of “Life Size” starring Tyra Banks.

In “Life-Size 2,” Grace Manning (Francia Raisa) is the 20-something CEO of Marathon Toys, a huge toy company started by her mother that is most famous for manufacturing the iconic Eve doll.

Grace is also in the middle of her quarter-life crisis, realizing she is in over her head as CEO.

To make matters worse, her wild-child ways are causing the company’s stock to plummet. With the help of her young next-door neighbor, Grace’s old Eve doll (Banks) magically awakens to help get Grace back on track and give her the confidence to be the woman and leader Eve knows Grace can be.

“Life-Size 2” is executive produced by Tyra Banks and Stephanie Allain.

The film is written by Cameron Fay and Stacey Harman and directed by Steven K. Tsuchida. Production for the made for TV movie took place over several weeks in Atlanta.