Christopher Kraft, NASA's first flight director and the brains behind Mission Control, has died at the age of 95. 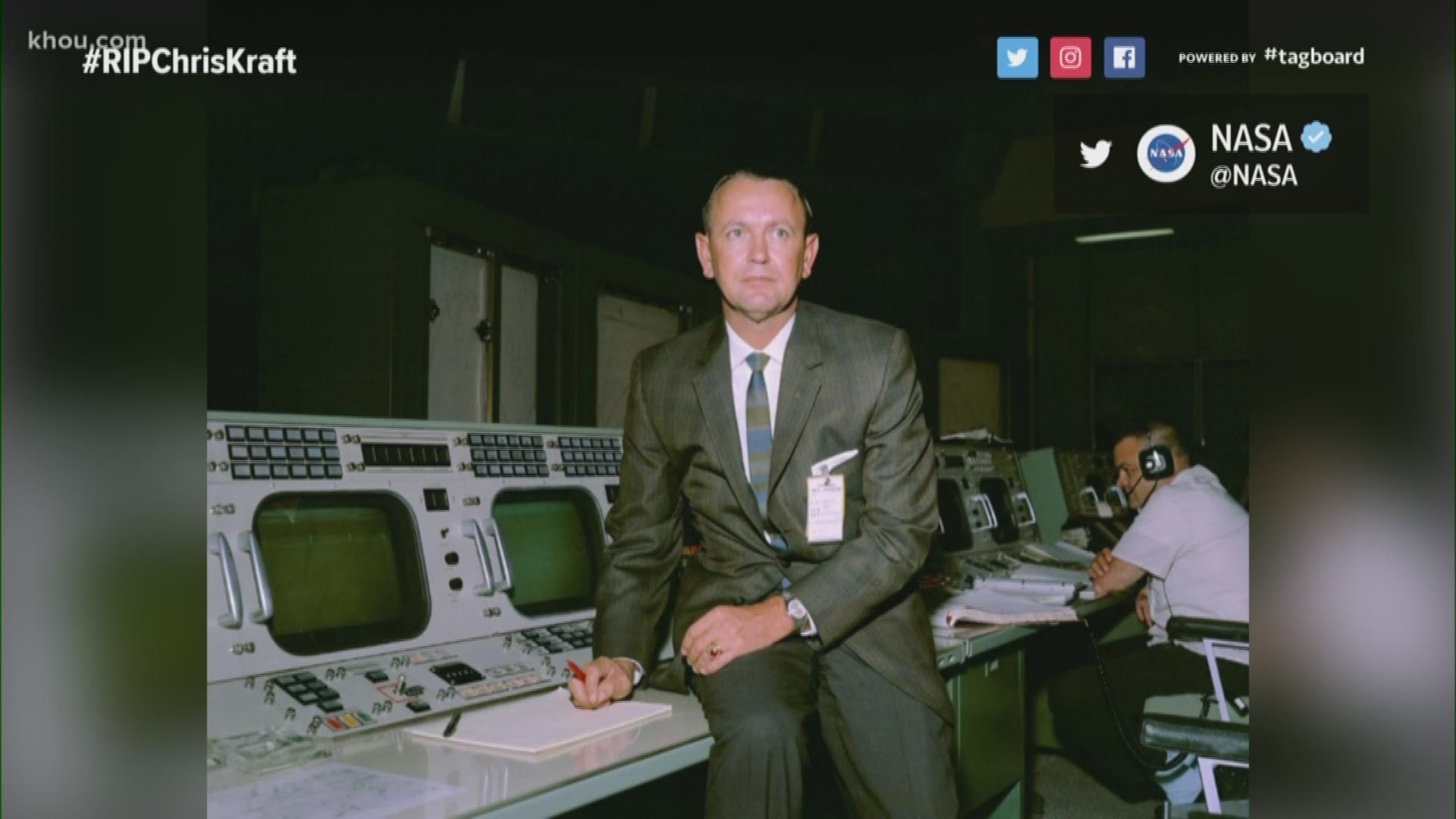 HOUSTON — Christopher Kraft, NASA's first flight director and the brains behind Mission Control, has died at the age of 95.

"We're saddened by the passing of Chris Kraft, our first flight director," NASA Tweeted Monday afternoon. "He was a space legend who created the concept of Mission Control during the early human spaceflight program and made it an integral part of the Mercury, Gemini and Apollo missions. He was 95."

Kraft's death comes days after the 50th anniversary of the Apollo 11 moon mission.

Kraft is credited with developing NASA's Mission Control, including its operational procedures and culture and made it a critical element of the success of the nation's human spaceflight programs, according to NASA.gov.