20-year-old Jacob Anderson is accused of drugging and raping a fellow Baylor University student in 2016. 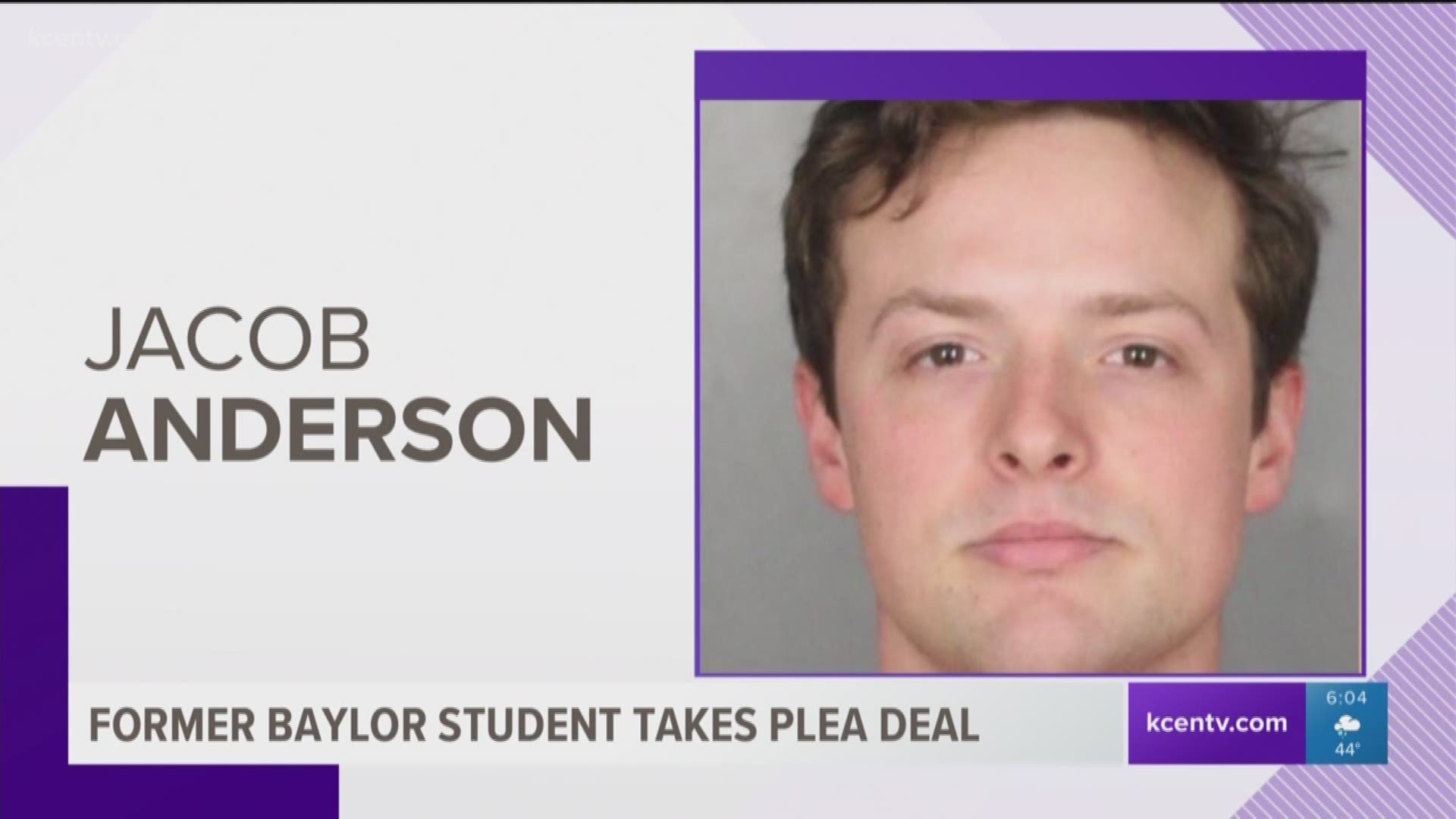 20-year-old Jacob Anderson is accused of drugging and raping a fellow Baylor University student on Feb. 21, 2016.

According to an arrest warrant, the victim accepted a drink of punch at a party held at the frat house in the 2600 block of South Third Street.

“She became disoriented and felt very confused and was led by a person she met there at the party,” the records say.

According to the warrant, the victim told police that Anderson repeatedly assaulted her until she blacked out.

When the woman woke up she vomited on herself, then found a friend at the party who took her to Baylor Scott & White, investigators said.

Anderson was later arrested and indicted.

On Monday, Anderson pleaded no contest to one count of unlawful restraint. He was sentenced to three years unajudicated probation and will not have to register as a sex offender, the district attorney’s office said.

prosecution of sexual assault cases, to say otherwise is simply absurd. Let us remind everyone that our

oath is to seek Justice. In pursuit of that ideal, we must evaluate each case alone on its own merit. Early in this case, law enforcement believed that the victim may have been drugged and this belief has been widely disseminated in the media; however, the evidence did not support that theory. This office

The family of the victim also released a statement:

“Just when you think the Baylor rape scandal can’t get any worse, today the McLennan

all sexual assault charges! This is an absolute travesty.

“By agreeing to this plea, Hilary Laborde and the McLennan County DA office have allowed

that rape is no longer a crime in Texas. They are telling the rapists and sexual predators, ‘Go ahead and violently rape, choke to near death and abandon your unconscious, ravaged and used up victim and we will make darn sure you get some counseling. Even if a grand jury indicts you on four counts of sexual assault, we don’t care. Oh and all you rape victims, don’t bother to report it, because we will put you through hell for years, make promises about getting a conviction and lie to you about not accepting a plea the whole time. We will give your rapist counseling and drop all charges and let him go free! We don’t care about justice and we don’t care about you.’

and there will never be any justice.

‘Well, this victim did all that! She has had tremendous courage! She immediately went to the

hospital. She immediately had a Sexual Assault Nurse Exam (SANE) to verify the rape. She immediately reported it to the police and many other authorities. An investigation was done and the assailant was arrested and indicted on four counts of sexual assault by a grand jury. This victim was told there were enormous amounts of evidence and a conviction was almost sure. And now two and half years later after living through hell, having the trial delayed a week before it was to occur and then never rescheduled, the DA has decided not to bother even trying to get justice.

‘We cannot even imagine what is going on in that DA office. Hilary told us she does not think a jury in Waco is ready to convict someone if this was only his first rape.

“’I have had success in trying college-aged defendants yes, but in retrospect, ONLY

when they have multiple victims.’

‘In a prior loss of a case with completely different facts she told us, ‘In short, I

defendant guilty. They engaged in a lot of victim blaming.’”