Georgia lawmakers want to triple their salaries in new proposal

The measure would tie salaries to median income data. 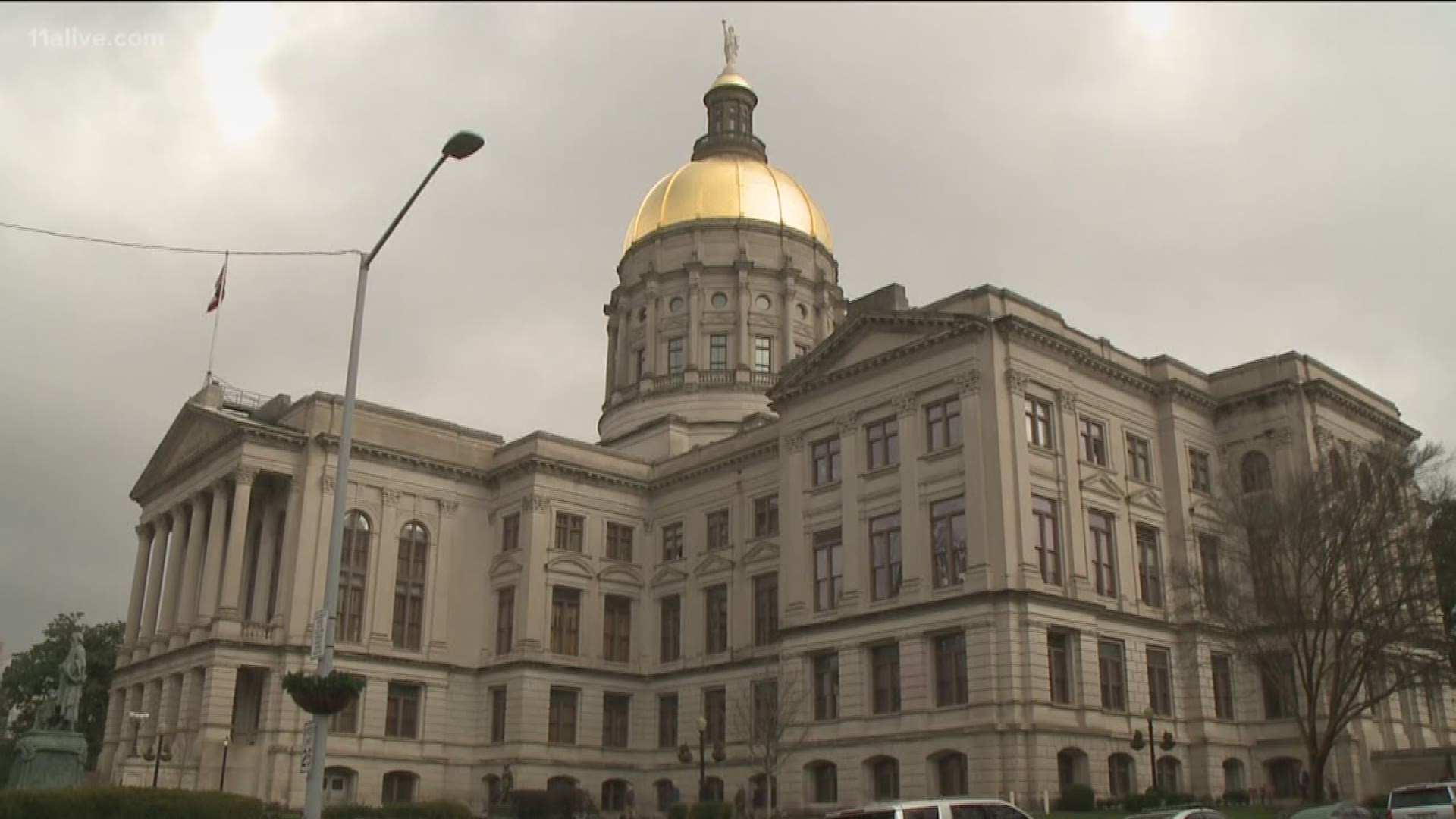 ATLANTA — Georgia lawmakers have introduced a bill that would raise their salaries by more than 300 percent.

Legislators only make about $17,000 a year for work that is technically part-time.

On a typical February day at the Capitol, lawmakers are at the center of a beehive of constituents, lobbyists and influencers. And among them all, the legislators are among the most poorly paid.

Most of the Capitol's 236 legislators make $17,341.68 per year; lawmakers in some leadership positions make more. Senate Bill 81 would bump it up to “an amount equal to the median annual household income for citizens of the State of Georgia” measured by the Census bureau. In 2017, that was $52,977. That’s a raise of 322 percent.

Visitors to the Capitol tend not to be well versed in the nuances of legislative compensation. Throw out a percentage like that – and you might hear this from ex-Marine Zachary Beckwith.

"300 percent. I believe that’s way too much. Way too much," said Beckwith, a father of three from Bremen now attending the University of West Georgia on the GI Bill. "I don’t know what they’ve done to get a three hundred percent raise, but that’s a dramatic increase."

Legislators are technically considered part-time workers. They can also collect expenses and per diems. The bill sponsor, state Sen. Valencia Seay (D-Riverdale) says the seventeen thousand dollar salary eliminates many prospective candidates who can't afford to serve in the legislature.

"It’s truly a full time position because you cannot say 'no constituent, I’m off the clock,'" Sen. Seay said. "You cannot tell constituents that. You still are working on their behalf, the whole year, til you come back" for the next session in January.

At the Capitol, schoolteacher Lorraine Montague told us what matters isn’t the percentage of the raise.  "They (legislators) are leaving their families so many times, so many nights a week, I think $55,000 is certainly reasonable for them to be making."

Legislators generally aren’t enthusiastic about raising their own salaries. This year could be different. There’s bipartisan support. And it’s not an election year.

Should Georgia raise the minimum age to get married?