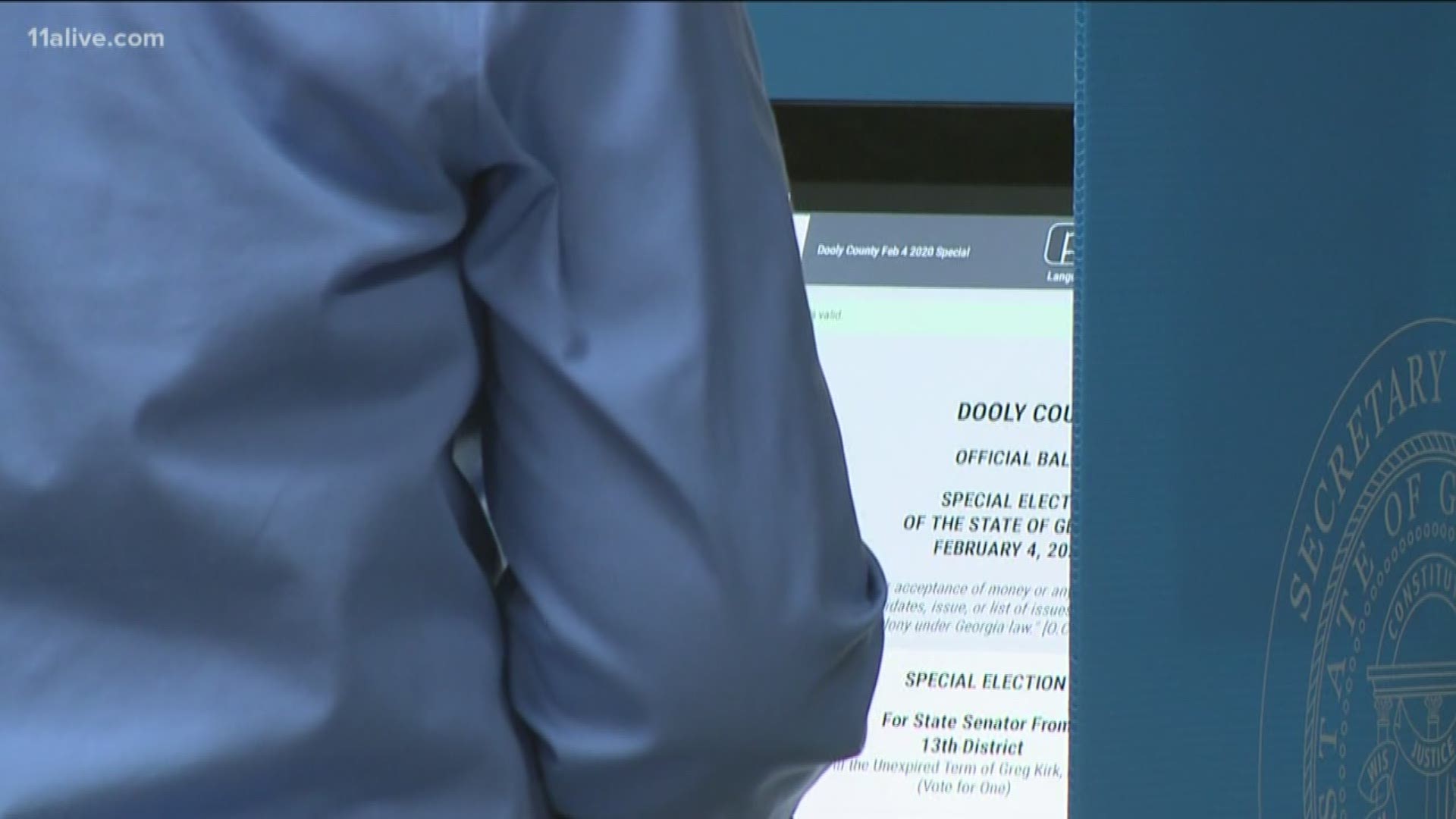 PINEHURST, Ga. — Voters who have used the state’s new voting machines are questioning whether they can easily cast a secret ballot.

Carol West said she noticed an absence of privacy when she and her husband Pat voted in the Masonic hall in the farming town of Pinehurst Tuesday.  They saw poll workers politely avert their eyes when they cast their votes in the State Senate special election.

They had discovered first-hand an issue with the state’s new voting system.

"And somebody behind you could actually see how you were voting," said Carol West, a retired schoolteacher.  "Not that it would matter to me. But the privacy was not as much as before" the state changed voting systems.

George Royal had a similar experience in the town of Lilly, where he’s a city councilman.

"It's a good possibility that" people in the polling place could see "who you're voting for and everything," Royal said after voting Tuesday at the Lilly fire station.

Voters in the special election used the state’s newly purchased voting machines. Compared to the machines they’re replacing, the new machines are larger. The HD screens are brighter. And they sit almost vertically on top of tables.

The machines are protected, laterally, from prying eyes close-by with blue plastic shields.

"They’re very brightly lit. They have big print. Makes it great for the voter to be able to see what they’re doing," said Ronnie Martin, an election observer in Dooly County, who'd unsuccessfully lobbied the state to select a hand-marked paper ballot system. "But it also makes it easy for everyone else in the room to see what’s going on."

Gloria Royal said the absence of privacy could affect voters.

"People could be intimidated, I would think," she said after voting in Lilly. She's the city clerk and married to Councilman Royal.

She was also among the people 11Alive talked with who said they don’t much care whether their neighbors can see their ballots.

RELATED: How is the Iowa Caucus different from the Georgia Primary?

"You know, in our small community you pretty much know (the politics of neighbors). But in larger areas, I can see where that could be a problem" if people can see how you're voting, West said.

"Is it a concern? Yes it is. Yes it is," she said, adding she may have to relocate a precinct in Byromville to a larger building.

She said she will have to find other ways to cloak the new voting machines in ways she didn’t have to do with the old voting system.

"It’s just a matter of how I’m going to set my equipment up for me to allow them to have the security and the privacy they’re trying to get," Childs said.