Georgia’s updated Safe Haven law hopes to curb child abandonment – but why does it happen?

Why do some mothers feel the need to leave their newborn at fire stations, police stations or hospitals? 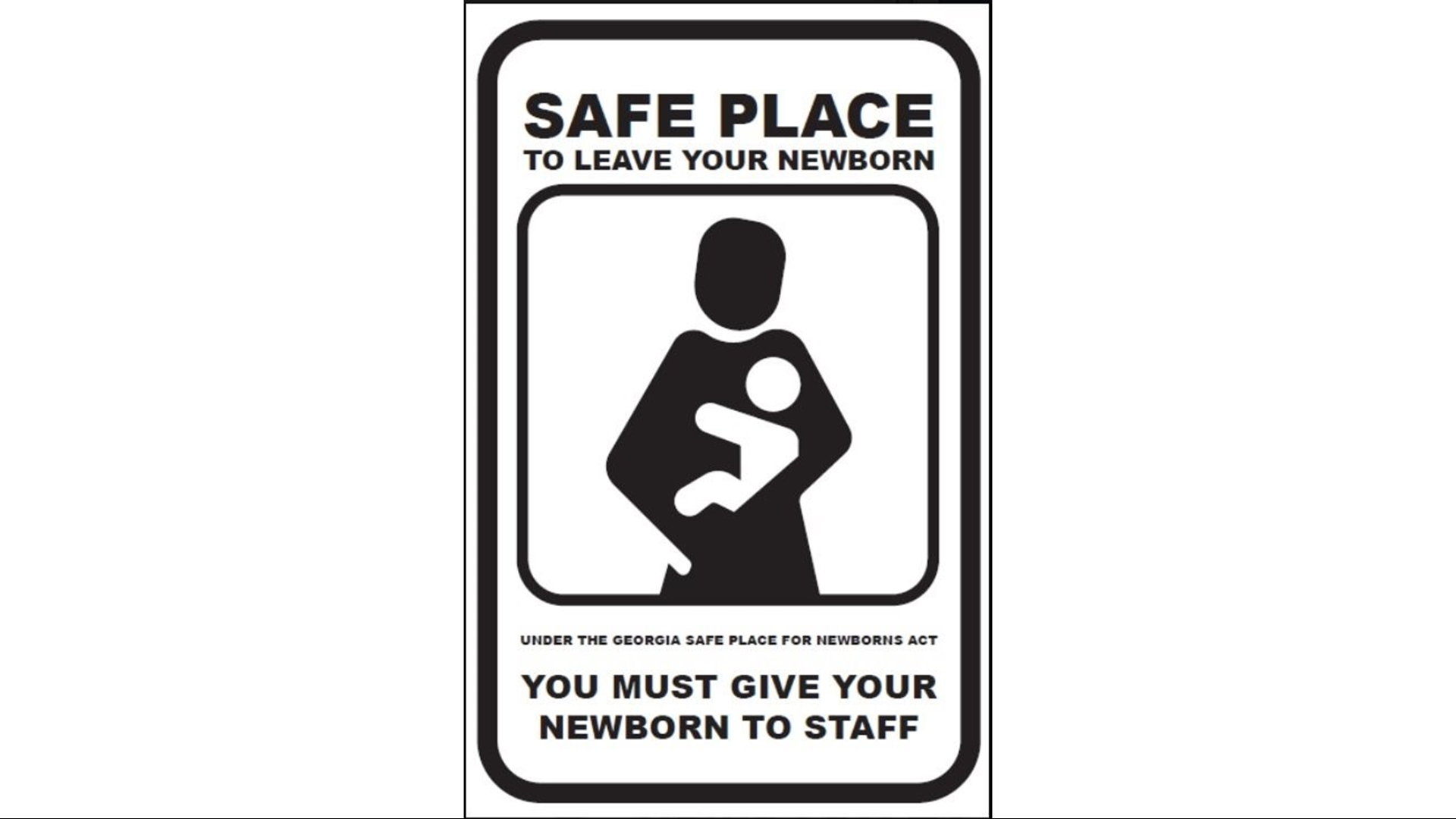 It started with a post on the Duluth Police Department Facebook page talking about Safe Haven law. The law allows mothers who cannot care for their newborn to drop it off to a safe haven, like police and fire departments.

It got us wondering, why was this posted?

Duluth Police said they posted it to make people aware of the change in the law and to raise awareness.

We wanted to know more - why the law was in place, how did it change, and does it help? We got those answers, but first we started with the toughest question: Why do some mothers feel the need to leave their newborn?

Before 2017, Georgia’s Safe Haven law stated a mother had seven days to leave her newborn with a hospital - but she had to give her name and full address.

Now, mothers have 30 days to leave their newborn with a fire or police station or a hospital. The mother doesn’t have to give identification, but she must leave the newborn with an employee or volunteer, even a janitor. If the mother does all of this, she won’t face criminal charges.

Sarah Koeppen with The Hope Box was instrumental in getting the law change. She added that danger is the number one reason a mother might utilize the law.

“We find due to sex trafficking, domestic violence and incest issues in the state of Georgia," Koeppen explained. "Like, you’re in danger and someone’s going to hurt you or hurt your child. Usually when you’re at a place when you’re choosing Safe Haven, there is something else going on and you’re just trying to protect your infant.”

It’s not a free-for-all, though, Safe Haven law is a last resort

“We try to ask parents, is there a reason why you can’t parent? Have you thought about adoption and here’s the safe haven law if you need to enact it,” Koeppen said.

The goal is to get the newborn to a safe place.

Koeppen said, "It's to lower a child’s risk of being put in a dumpster and discarded somewhere else.”

Legally, there’s a difference between abandonment and the Safe Haven law.

“For instance, I know that there’s hospitals here in Georgia where babies are being left in wheelchairs. That’s abandonment, that’s not Safe Haven," Koeppen explained. "You need to hand the child over.”

Nationally, more than 3,000 children were left with safe havens in 2017, saving them from being abandoned or abused.

Koeppen added in the winter, abandonment increase slightly due to homeless women not wanting to subject their child to the cold.

The Hope Box is currently providing training to police and fire departments around the state to make sure they’re trained and equipped to take Safe Haven newborns.