The Meatballerz food truck was stolen. Two days later, a man saw the truck behind his work and called the number on the side. 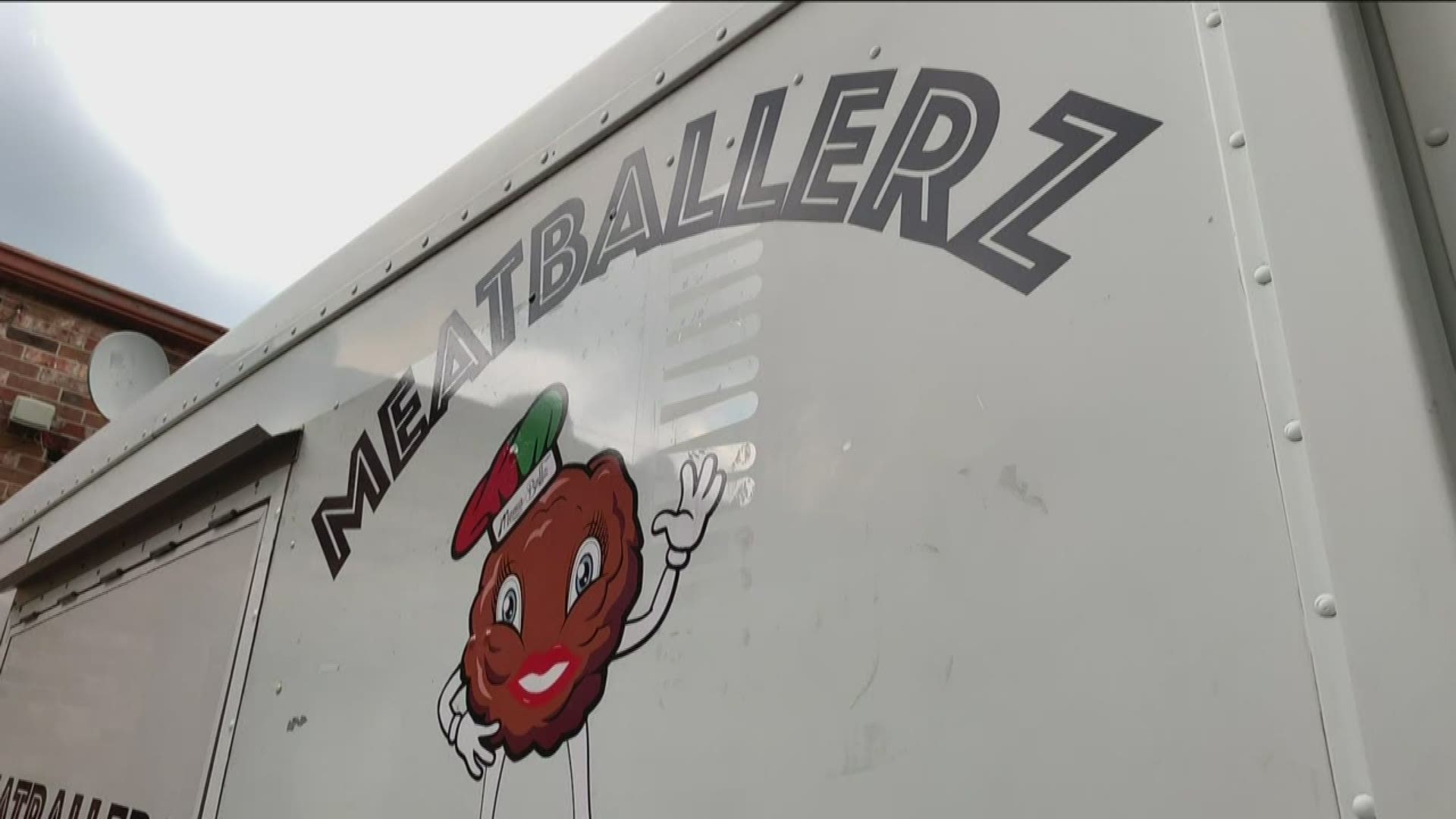 DEKALB COUNTY, Ga. — A Good Samaritan and the owner of a previously missing food truck have been brought together under the most unusual of circumstances.

Cara Delalla and her mother own Meatballerz Food Truck which went missing on Sunday. They reported it stolen and were desperate to find it as they had events and a wedding to cater in the next few weeks.

Two days after it the truck, nicknamed Christo, went missing, 11Alive's Hope Ford was headed to interview Cara at their Norcross kitchen. But Cara called Ford and told her to turn around.

"They found it!" Cara said on the phone.

It turns out, a man working at Dee and Nuts Auto Repair in DeKalb County stumbled on the truck in the back of a laundromat in the same shopping center.

"I passed by this truck twice and kept noticing it was out of place," said Stonie Vance. "And by the third time, I decided to see if there was a number to call and there was."

Vance called Cara and told her he believed the truck, which he recently saw was reported stolen on the news, was in the parking lot.

"This guy had a feeling in him that something wasn't right, that it was out of place," Cara said.

Cara called the police, drove over and there it was - its windows broken, steering wheel ajar, wires exposed and the generator missing.

"Definitely by all means, not the worst thing that could have happened," Cara said.

"We said if someone found our truck, we would give them money and so, we will," her mom, Catherine added.

The owners lost money while their food truck was missing and their employees lost pay as well. Thankful it was only two days and not longer, they gladly handed over a reward to Vance.

"This guy helped us and, when I got here, I was overwhelmed with joy to know Christo was in good shape," Cara said.

As it turns out, not only was Vance in the right place at the right time, but the reward was the exact thing he needed at that moment. He was recently diagnosed with cancer and was going to a doctor's appointment the day after the food truck was found.

MORE: Man set to complete mission of mowing 50 lawns in 50 states for veterans

"It's going to help with my co-payment when I go to the doctor tomorrow; so, I'm thankful for that," said Vance."It's kind of a win-win for both of us,"

He said he didn't know about a reward and, even if there wasn't one, he would have called anyway.

Overcome with gratitude, Cara embraced Vance, telling him she wanted the two to stay in touch.

Meanwhile, the truck was towed to a nearby police station since it wouldn't start after being hot-wired. Cara said insurance will hopefully pay for a new generator and she hopes the truck will be up and running by Thursday.

She plans to add GPS and an alarm system and possible cameras to the truck, claiming this was the third time the truck was stolen in the last four years.

As for their GoFundMe account to help make up for lost revenue for the previously missing truck, the money will now go toward assisting with repairs that may not be covered by insurance. Cara wrote that a portion will also go to Vance, who Cara described as a hero in her latest update.

Hope Ford
Cara, the woman pictured, had her food truck stolen two days ago. The gentleman, Stonie, saw the food truck in the back of his work and knew something was off. He called her and it lead police to the...