Governor Brian Kemp reports that Georgia's economy is still strong - but hopes the request will streamline operations across state agencies. 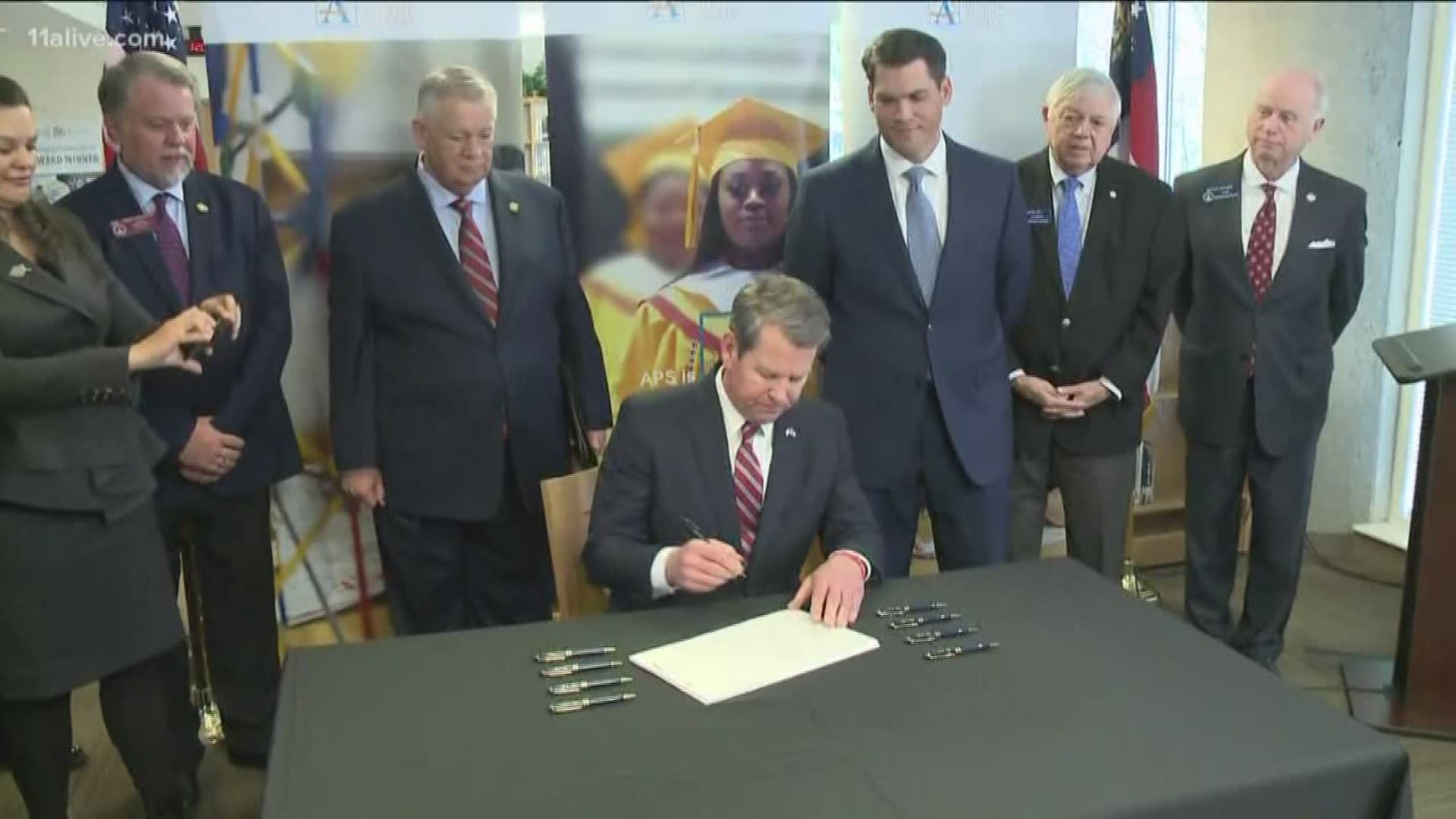 ATLANTA — Governor Brian Kemp has instructed all state agencies to cut their 2020 proposed budgets by at least 4 percent in an effort to cut wasteful spending.

Kemp publicly announced the move on Tuesday and also expects to see six percent cut from the 2021 budget. Earlier in the day, the Governor's Office of Planning and Budget sent a letter to state agencies with instructions for submitting future budget proposals.

“Thanks to years of strong, conservative leadership and pro-growth policies, our state's economy is thriving," Kemp said in a statement. "To secure an even brighter future for our state, we must continue to budget conservatively, spend wisely, and put Georgia taxpayers first."

RELATED: Georgia receives A+ for small business friendliness; Kemp says they are 'backbone' of state's economy

The solicitation of proposals is an annual part of the process in which the governor makes recommendations on the yearly budget to submit to the General Assembly.

In a statement, Kemp said the budget cuts are meant to keep a campaign pledge "to always put hardworking Georgians first" by making the departments find ways to cut wasteful spending and streamline their operations.

"By reducing waste and ending duplication in government, we can keep Georgia the best place to live, work, and raise a family," Kemp said.

However, critics are already pushing back against the suggested cuts -including the Georgia Budget & Policy Institute. In a statement, the organization said the cuts are the solution to an issue the state doesn't have.

"Georgia does not have a spending problem and in fact ranks 50th in the growth of state spending since the recession," the group said in a statement shortly after Kemp's announcement.

The organization said cuts to Georgia's income tax would reduce revenues by half a billion dollars in 2020. Overall budget cuts, it said, are not in line with Georgia's goals.

"These budget cuts are in stark contrast to the needs of a growing state, including improving rural broadband, expanding health care access and raising teacher pay," it said.

The group called the cuts are a "manufactured budget crisis" that could be ended by enacting reforms "such as including marketplace facilitators in the sales tax and eliminating low-return special-interest tax breaks."

Each point contains sub-goals such as expanding public-private partnerships, increasing broadband and healthcare access, addressing the teacher shortage and dismantling Common Core education in the state.

It also mentions plans to cut down on gang activity and human trafficking and expand access to mental health resources for children and young adults.