The ordinance would restrict plastic at city facilities. 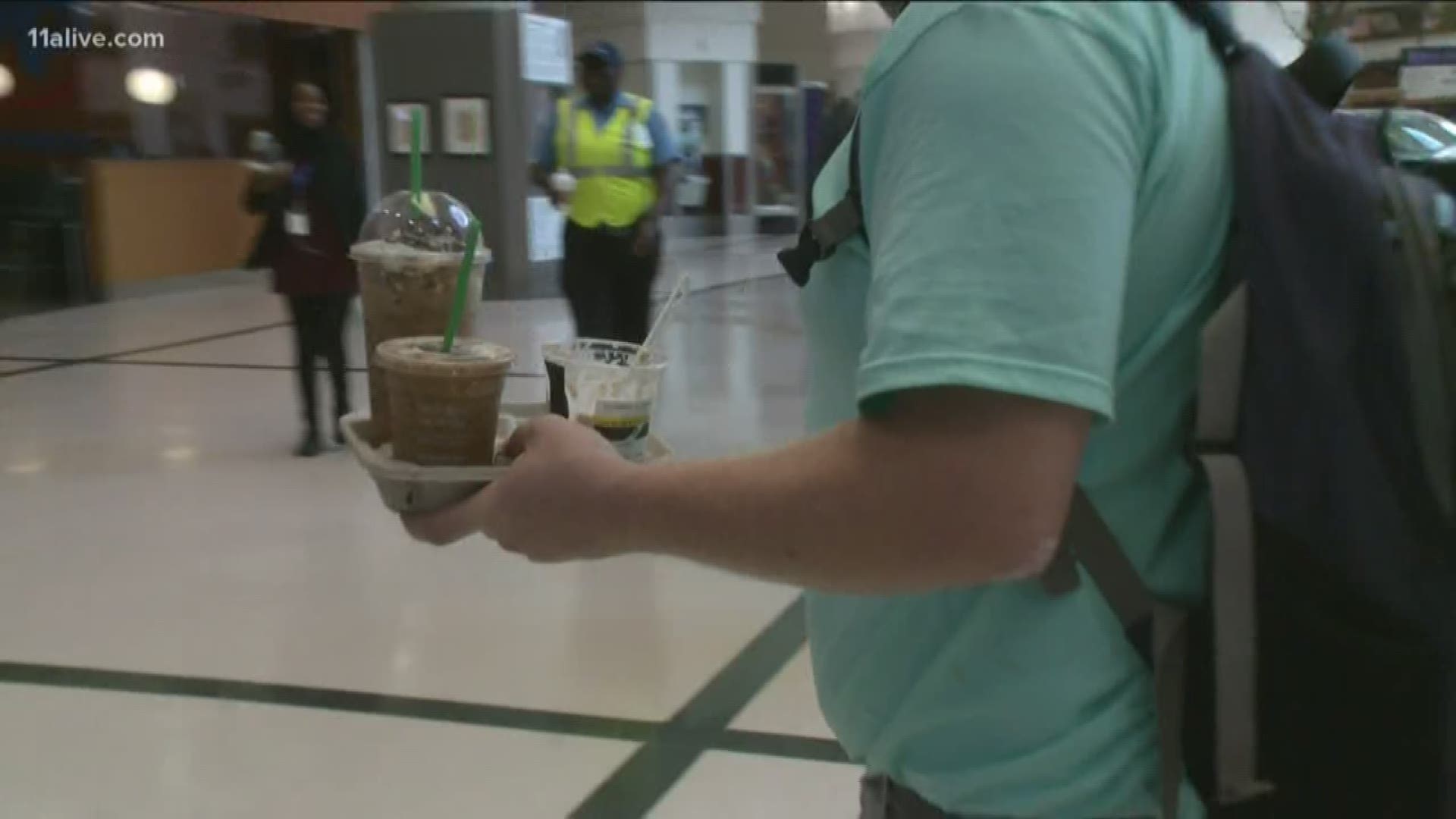 ATLANTA — Atlanta is considering banning non-recyclable plastic from government facilities like the airport.

Go to the atrium of Hartsfield-Jackson Atlanta International Airport, and one can observe the ubiquity of plastic in the packaging of beverages –  and in the tools used to consume meals.

"Plastic is kind of ubiquitous. It’s everywhere," said Eric Sprinkle, who was at the airport Wednesday catching a flight home to Colorado Springs. "Trying to restrict the sale of it?"

That’s exactly what 12 Atlanta city council members aim to do in an ordinance under consideration now.  It would restrict the use and sale of “non-recyclable single-use plastic products” at the airport and other city facilities.

Although the airport has bins to encourage plastic recycling – it’s obvious from observing trash alongside outdoor curbs that some of it doesn’t end up in those bins.

"You think about the thousands and thousands of plastic straws that are used daily and I’m sure that it does have an impact on the environment," said Laura Scates of Kennesaw.  Scates said she's not sold on the need for a city ordinance to curb plastic waste.

The ordinance is about more than plastic straws, but straws are a flashpoint.

"I think it’s kind of an overreach in my opinion," said Dennis Scates of Kennesaw.

"Absolutely. This is not the government’s role to be cracking down on plastic," agreed Sprinkle.

"I think the government plays too big a role in our life as it is already," added Chastaney Jones, visiting from Texas.

But backers of the ordinance say the environment needs the government’s help restricting the spread of plastic waste.

"I don’t think it’s government overreach," said Alonda Tucker, visiting from Bear, Delaware.  "I think it’s part of the government’s job to make sure we provide a safe and environmental atmosphere for everybody -- not just in this nation but across the world."

The Atlanta ordinance has broad support but is likely weeks away from getting a full council vote.