Gwendolyn Agard, 79 years old, defended her home from a burglar with her two pistols. 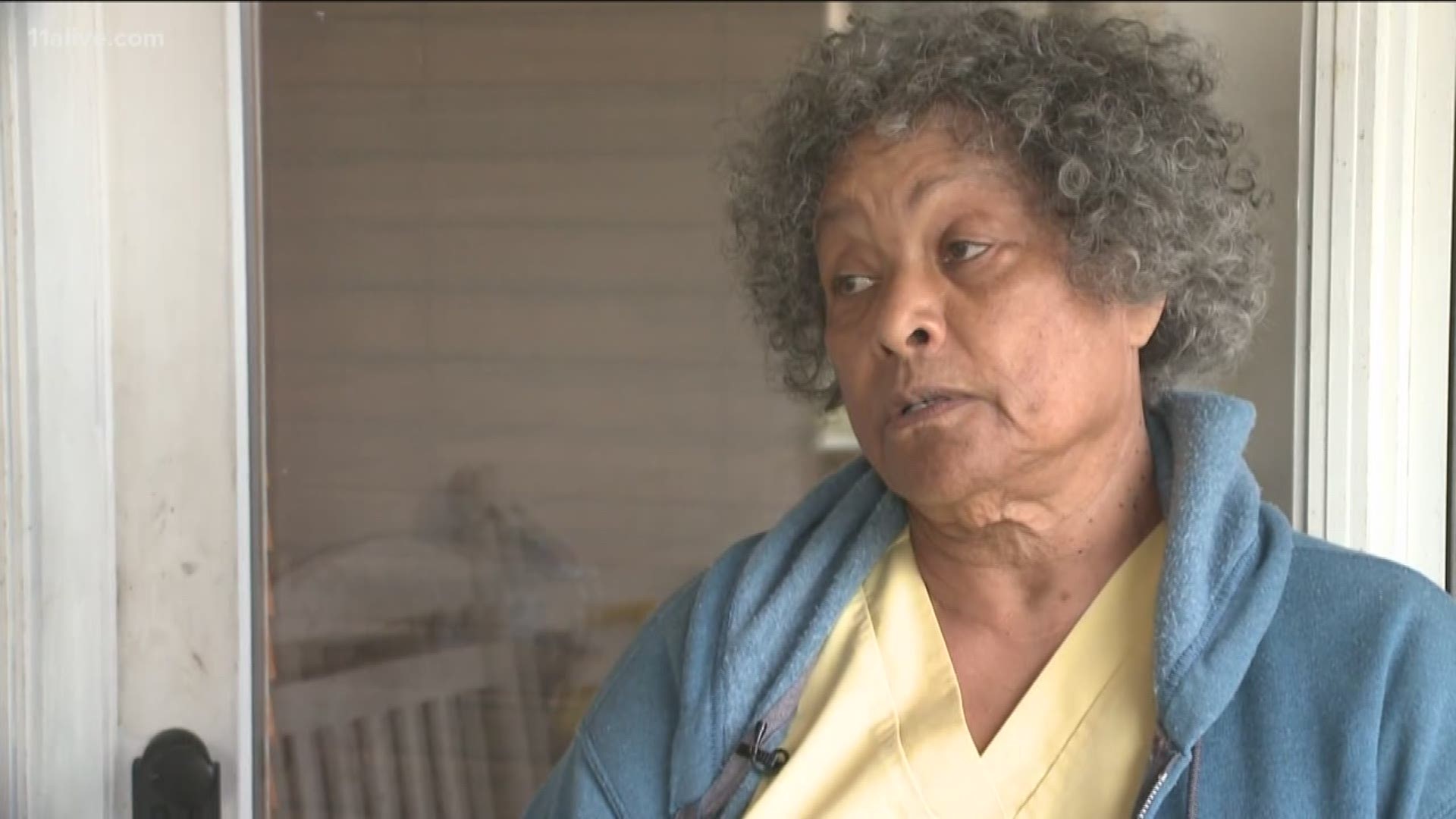 COMMERCE, Ga. — When 11Alive first heard of Gwendolyn Agard's story, she initially refused to talk about it on camera.

She didn't see the big deal. But everyone else did. The 79-year-old fended off a burglar as he tried to get inside her Jackson County home.

Once the story was posted on social media, so many people said they were proud of her, and said they would do the same thing. So, we knew we just had to try again to see if she would talk.

"I come to the conclusion that y'all just not going to leave me alone, so why not go ahead and do it," Agard told 11Alive's Hope Ford with a laugh. "And it probably will help somebody."

And she did. Starting with what she said was the first thing she told the man who dared break into her home.

PREVIOUS: With 2 shots from her pistol, and prayer, 79-year-old woman holds off burglar

Agard says she heard a noise as she started her work, and knew it wasn't normal.

"When you live alone a long time, you get good at identifying noises. That's the first thing of safety," she explained.

Not taking any chances, she armed herself with her .38 and that's when she heard a louder noise.

"And then, something hit that door, 'BANG!'" she recounted.

Agard says the man was hitting the back door of her porch with a rubber mallet he retrieved from a neighbor's barn. The glass shattered, and he came inside...with no clothes on.

"He didn't have no pants on - he was naked!" Agard exclaimed.

She tried to warn the man that she was armed and even fired a warning shot. But, she says the man went on upstairs and started ransacking her home. Since the .38 wasn't doing much to scare him, Agard grabbed another gun - her .45 revolver.

Agard called 911 and started giving them the play-by-play as she waited for deputies to get there. On the 911 call you can hear the fear in her voice. (listen to the full 911 call)

But, she wasn't going to let the burglar know her fear.

When the man tried to come downstairs, Agard fired again, to which the man asked in surprise, "B****, are you trying to kill me?"

Agard replied, "Oh, you finally got the message."

It would be 10 minutes of her fending off the man. He would eventually hide in an upstairs closet - that's where authorities found him when they arrested him, wearing Agard's granddaughter's pants.

Authorities identified the 20-year-old as Hans Rogers and charged him with the break-in.

As for Agard, she said never thought she'd have to fire her guns, and never wanted to harm the man. But, she wasn't going to let anyone hurt her either.

"I don't know what his intention was, but I know what mine was if I had seen him," she said.

Agard says her grandchildren came to mind during the standoff and she says she tried to call her daughter, but couldn't get in touch with her. That's why she knew, she had to fight back.

"I thought, 'I couldn't die without my children.' And, I just got this burst of energy," she explained.

While Agard hopes to never have to use her guns again, she said she'd do it all again if needed.