A women's advocacy group commissioned a plane to fly over the West Coast headquarters demanding it stop filming in Georgia. 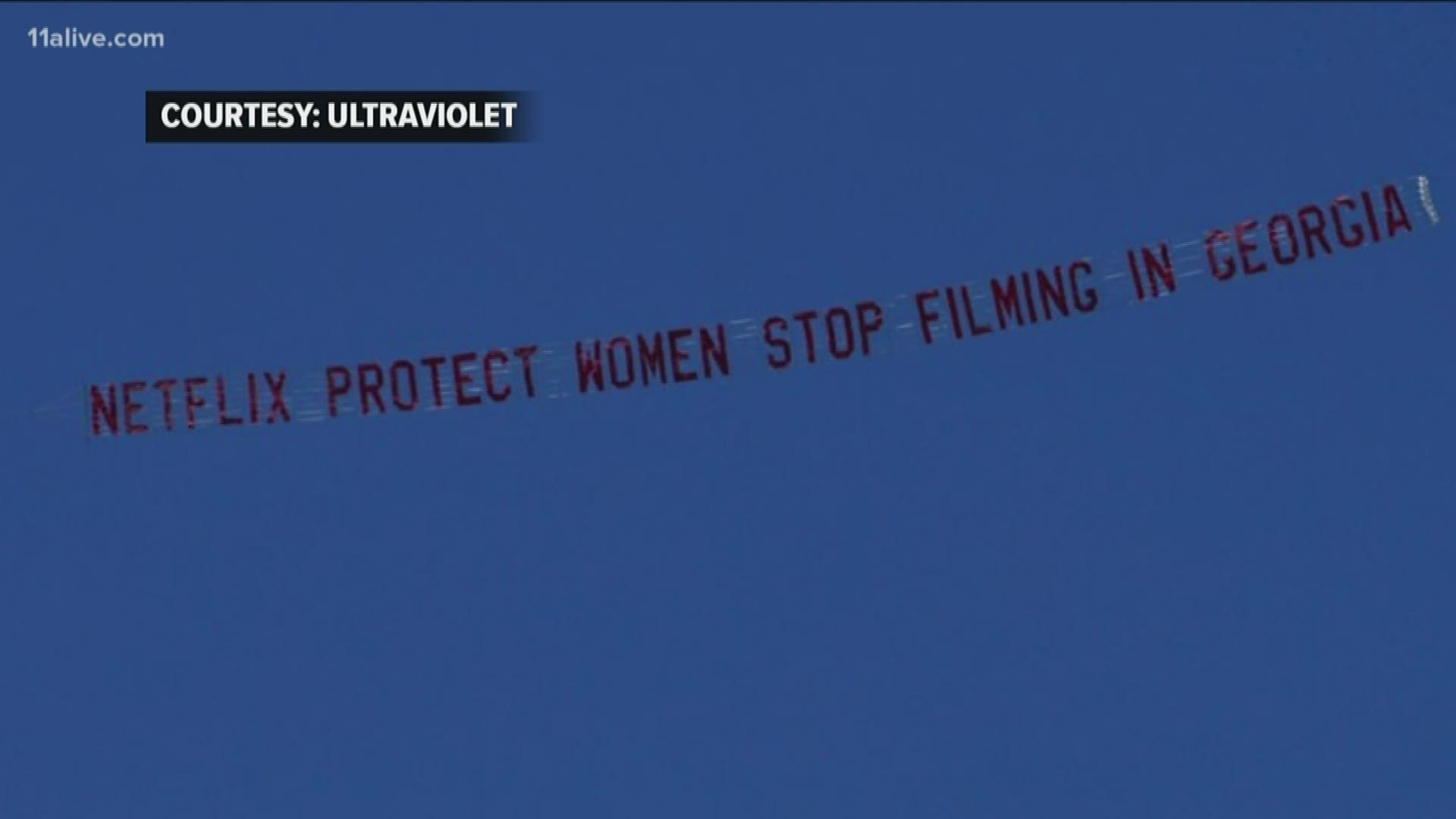 Protests over Georgia's heartbeat bill have reached the West Coast.

A plane flew over Netflix's California headquarters on Friday with a banner that reads "Netflix - Protect women. Stop filming in Georgia."

The plane is commissioned by UltraViolet, a national women's advocacy group. The group said Netflix needs to speak out for the women who work on its productions in Georgia.

The Heartbeat bill bans abortions after a fetal heartbeat is detected. That's usually six weeks into a woman's pregnancy.

Georgia Governor Brian Kemp is expected to sign off on the bill, which passed the state's house and senate.