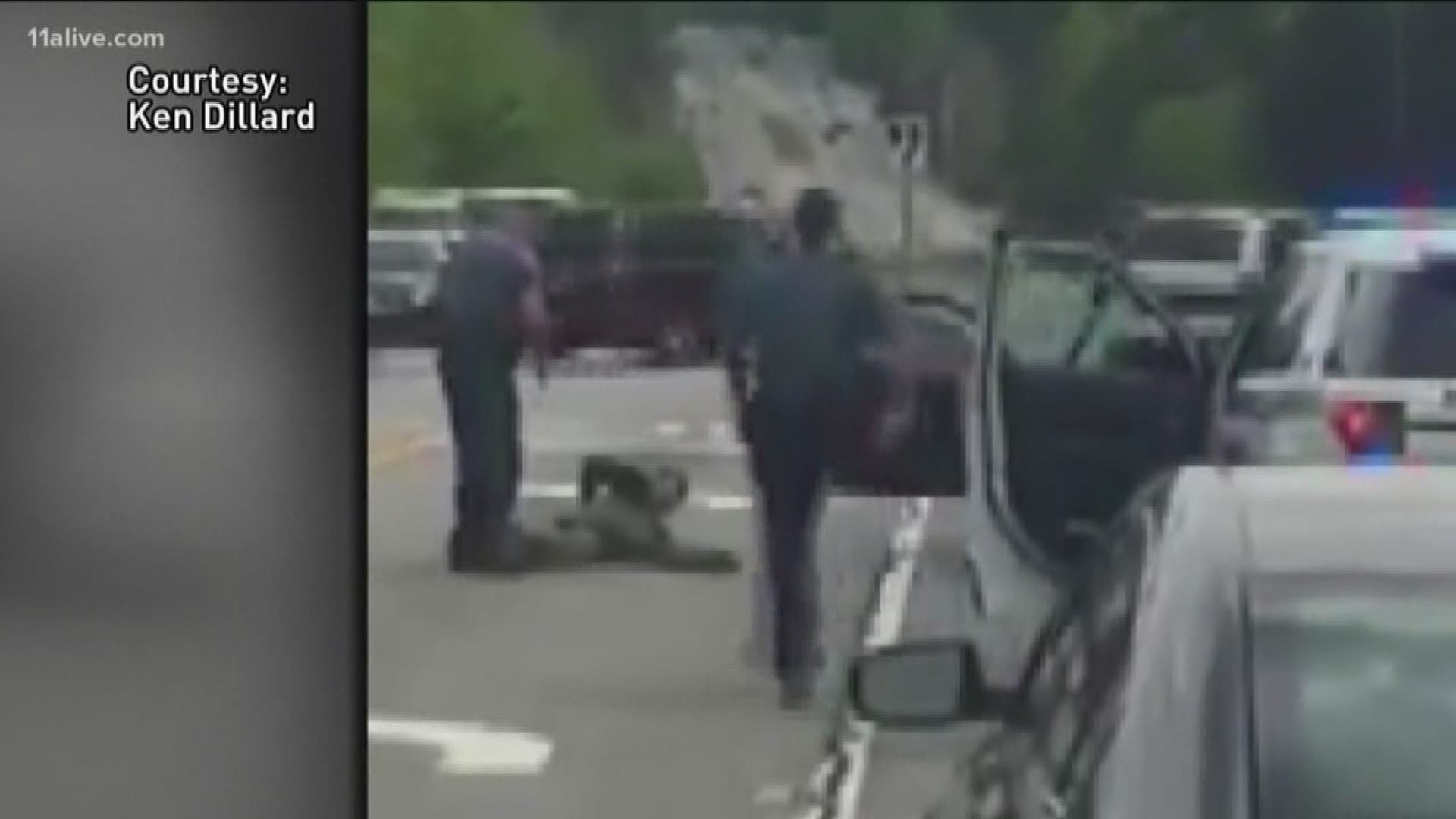 LAWRENCEVILLE, Ga. (AP) — A former police sergeant in Georgia who was captured on video hitting a man during a traffic stop has been convicted of aggravated assault and battery.

Cellphone video showed Bongiovanni hitting Demetrius Hollins as he stood with his hands up during the April 2017 traffic stop. Video showed then-officer Robert McDonald stomping on Hollins' head as he lay on the ground handcuffed.

The Gwinnett County Police Department fired the two officers a day after the arrest when the video surfaced.

Prosecutors say Bongiovanni will serve six months in work release, followed by five months home confinement. The balance of his 10-year sentence will be served on probation.

McDonald's trial date has not yet been set.

Credit: AP
FILE - This combination of undated photos provided by the Gwinnett County Police Department shows Master Police Officer Robert McDonald, left, and Sgt. Michael Bongiovanni in their official portraits. Video from an April 2017 traffic stop in Georgia shows Bongiovanni hitting Demetrius Hollins as he stood with his hands up and McDonald stomping on Hollins’ head as he lay on the ground handcuffed. (Gwinnett County Police Department via AP)