Two-year-old A.J. has a willing kidney donor who is a perfect match -- his dad -- yet he is left waiting. 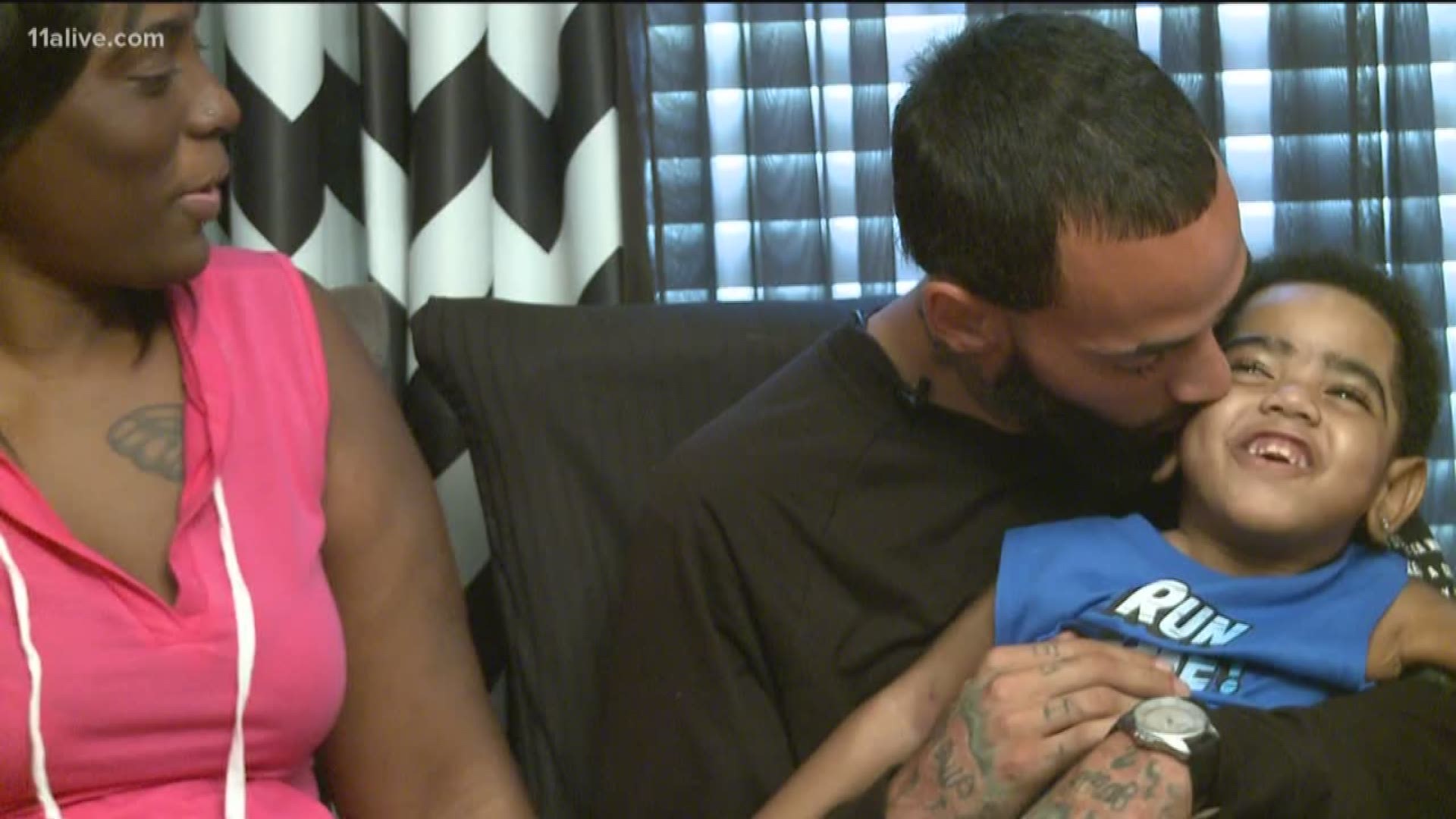 Life-changing surgery is on hold for a 2-year-old boy. His mom says it's because of red tape between the hospital and police. She is fighting to change that.

Her son has no kidneys. He was born without them.

"That's all I ever wanted -- was a son," Anthony said. "And I finally got him, and he's in this situation."

Anthony was scheduled to donate his left kidney to A.J., their miracle baby. Mom Carmella Burgess was excited.

"Two steps closer to giving him a kidney and we got shut down, basically," she said.

UPDATE: Donors pour in for 2-year-old who was denied kidney transplant from 100% match

Things started to go downhill when Dickerson was arrested for violating his probation last month. Charged with possession of a firearm.

A letter he says Emory Hospital sent to the Gwinnett County Jail states, "Mr. Dickerson is currently in custody for a parole violation. If Mr. Dickerson could be escorted to Emory for blood work and a pre-operative appointment tomorrow, September 29, we will be able to continue with the scheduled surgery."

Dickerson said the hospital's tone changed once he was released.

"The Living Donor Transplant Team at Emory as asked Mr. Dickerson for evidence of compliance from his parole officer for the next three months. We will re-evaluate Mr. Dickerson in January 2018 after receipt of his completed documentation."

The family says a probation violation shouldn't stop the process -- especially if Dickerson is healthy and clean.

"It's about my son," Carmella said. "He's been through a lot. It's like we've been waiting on this. And Dad making a mistake shouldn't affect what he wants to do with our son."

We reached out to the hospital, and Emory Healthcare says they cannot answer specific questions because of patient confidentiality.

"Guidelines for organ transplantation are designed to maximize the chance of success for organ recipients and minimize the risk for living donors," the hospital said.

We asked a general question about how someone being arrested impacts the possibility of donating a kidney -- and they would not answer the question.

Dickerson says he does not want his arrest to impact his son's chances at living a normal life.

"What do he got to do with the mistakes I made? Nothing," Anthony said.

"He's only two," Carmellia said. "He don't deserve this. We've been waiting so long for this."

A.J. suffered a stroke two months ago, and needs constant care. He needs many doctor's visits, and now he's being told to wait -- even though his perfect match sits beside him.

"They're making this about Dad," Carmella said. "It's about our 2-year-old son."

The family says their only option now is to get on the kidney transplant wait list -- but that could take a long time, and they are desperate for help.