The hospital is also looking further into the bill 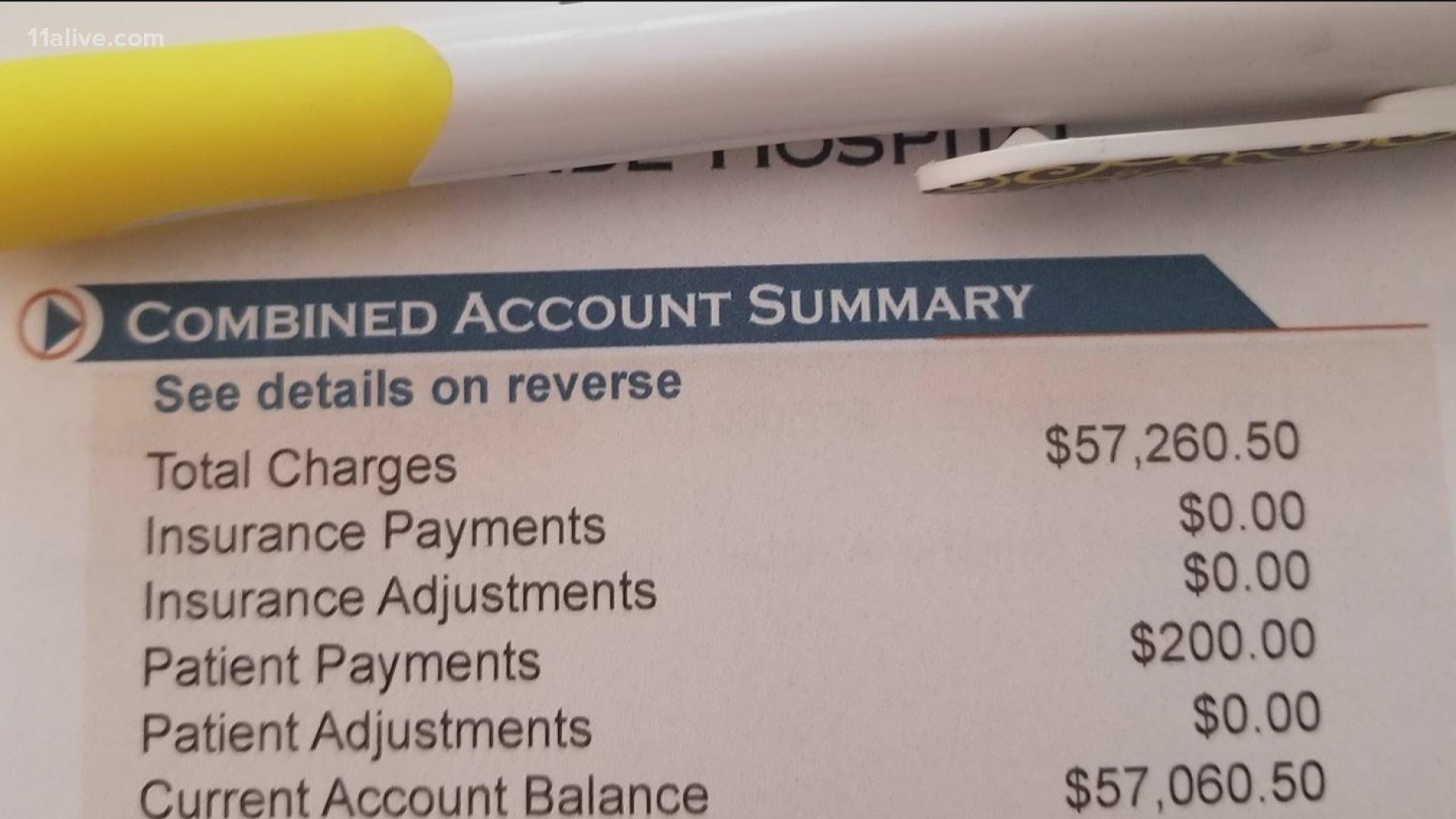 ATLANTA — Editor's note: A spokesperson for Northside Hospital sent this note to 11Alive in regards to the $55,000 bill mentioned below.

"The patient has not yet been billed for any of the care he received. On 4/21/21, Northside sent him a statement of charges that would be billed to his insurance. Afterward, we discovered a charge error of $29,041, and that has since been removed. We submitted the correct claim to his insurance provider on 4/30/21. We apologize for this miscommunication. His account now is pending insurance payment."

Charles Ritz said a raccoon barely scratched him in his backyard in Gwinnett County. Doctors told him that, to be safe, he should get a rabies vaccine.

Ritz was out on his back patio late Saturday when he said a raccoon started running around his legs as a cat would. It wasn't aggressive, but it was odd, and he said that when he went to step away, the raccoon scratched his barefoot.

The scratch didn't hurt at all, but he said the cost of the treatment has been painful.

"I was breathless. I thought it was a mistake. Yeah, $5,500 is what I was thinking. I have never seen this," said Charles and Carina Ritz.

They read the hospital bill from Gwinnett Northside over and over again.

"I thought, there must be some mistake," Carina said. "So, I called the hospital and the lady said, 'No, there's no mistake, that is the price.'"

Charles didn't think it was a big deal when the raccoon scratched him, so he simply went to bed. But, the next morning, he called his doctor.

"The doctor called me back, and said, 'I'm sorry, but you need to go to the ER.' And my wife took it from there," he said.

Carina talked to the health department, the Centers for Disease Control and Prevention, and the emergency room doctors.

They all agreed that Charles should get the rabies vaccine.

"They said at the end of the day, it's more likely that the animal did not have rabies, but they didn't know for sure because it wasn't aggressive," Charles said. "But they said they needed to go through with the treatment as a precaution."

By the time someone shows symptoms of a rabies infection, it can be fatal; so, it has to be treated right away.

Doctors in the emergency room told Charles this was the second time this month they had administered the shots, and it was best he didn't wait to get treatment.

Carina wants people to understand the process people have to go through if they get scratched or bitten by an animal suspected of having rabies. And to know how expensive it could be.

According to the CDC: the average cost for a course of rabies immune globulin and the four necessary doses of the vaccine is about $3,800, not including costs for hospital treatment or wound care.

According to the bill sent to the Ritz's from Northside Gwinnett, the ER visit cost around $2,000.

According to the Ritz family, the hospital told them their insurance would likely cover most of the cost. But they don't think any potentially lifesaving treatment should cost so much.

"If people are forced to go to the ER, then it should be a fair amount," she said.

The hospital told 11Alive they were investigating the charges and would tell us why they were so high after they've had a chance to investigate.