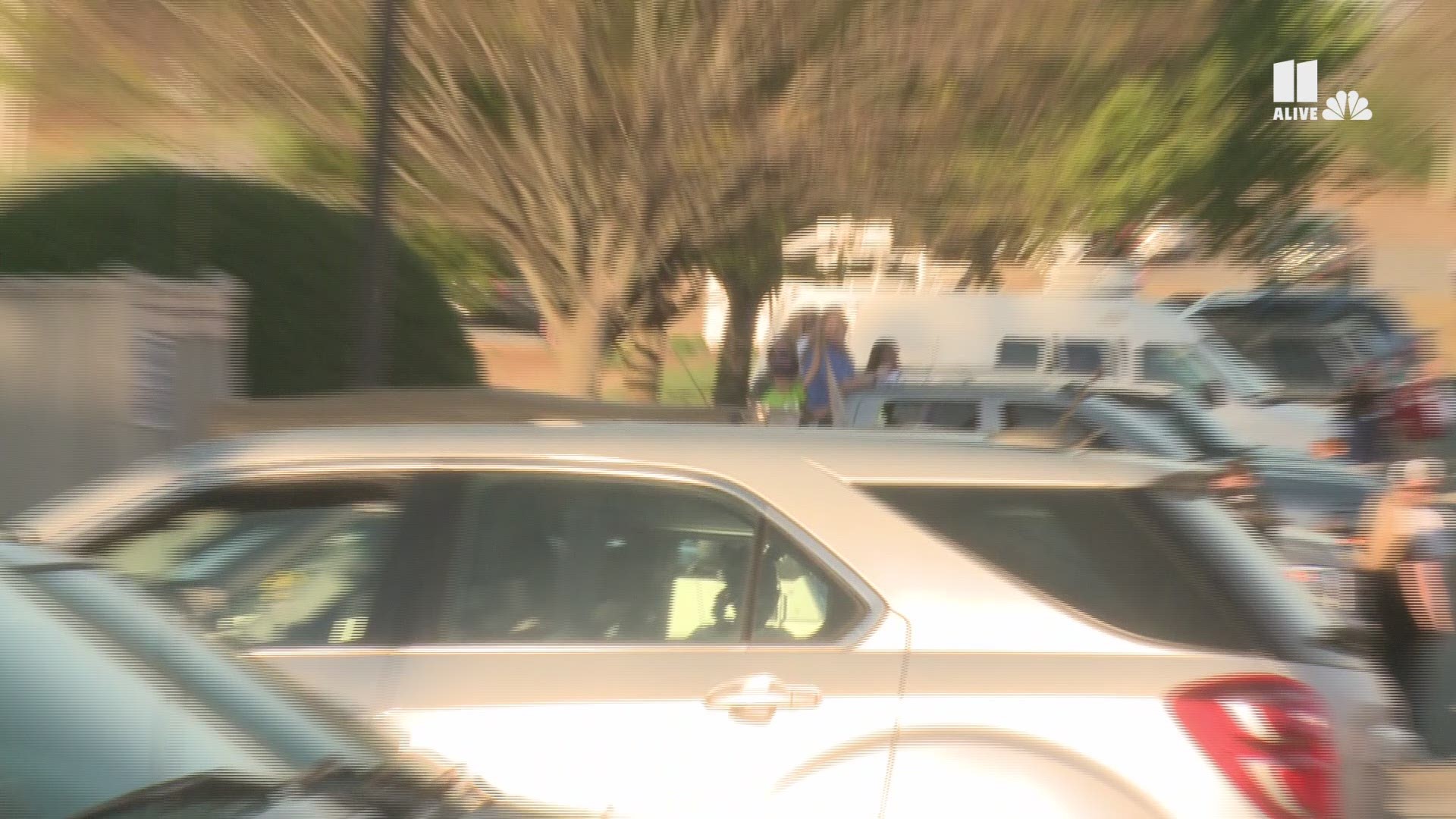 The group met up at in the hospital parking lot and tuned into 91.7 FM. The response from the medical team was incredible. A group of staff went to the roof of the hospital, and greeted the crowd in solidarity.

“Some people tag me in something. We just decided to come together and it just exploded,” McGill said. “Originally, we saw a post in Douglas County, and what they did was just show in a parking lot just to worship and pray, and just thank the staff for what they’ve done. And I said man, that would be awesome.. to not only thank the staff because you know they’ve been working hard, but to come and pray as a community because there’s power in that.”

He also added that he wanted to do “something positive because there’s so much negative going on right now.”

Kisha Bearden said her mom is a stage IV cancer patient. She took her mother to the parking lot prayer circle.

“We put her in the Lyft tonight and just rolled down the windows so that we can join the community tonight in prayer for the workers and patients here and Carter Medical Center,” Bearden said.

“We bombarded Heaven with our prayers.  The medical staff was just on the roof just crying, balling their eyes out. We’ve already had testimonies coming in from that. It’s just a blessing all credited  to the lord,” McGill said.

As we navigate different times, count on 11Alive to share your memorable moments. Use the hashtag #SendTheLoveATL to share photos and videos. We'll get through this together and your acts of kindness all over our community proves that every day.