Addicted at birth: Grayson's journey from heroin addiction to hope 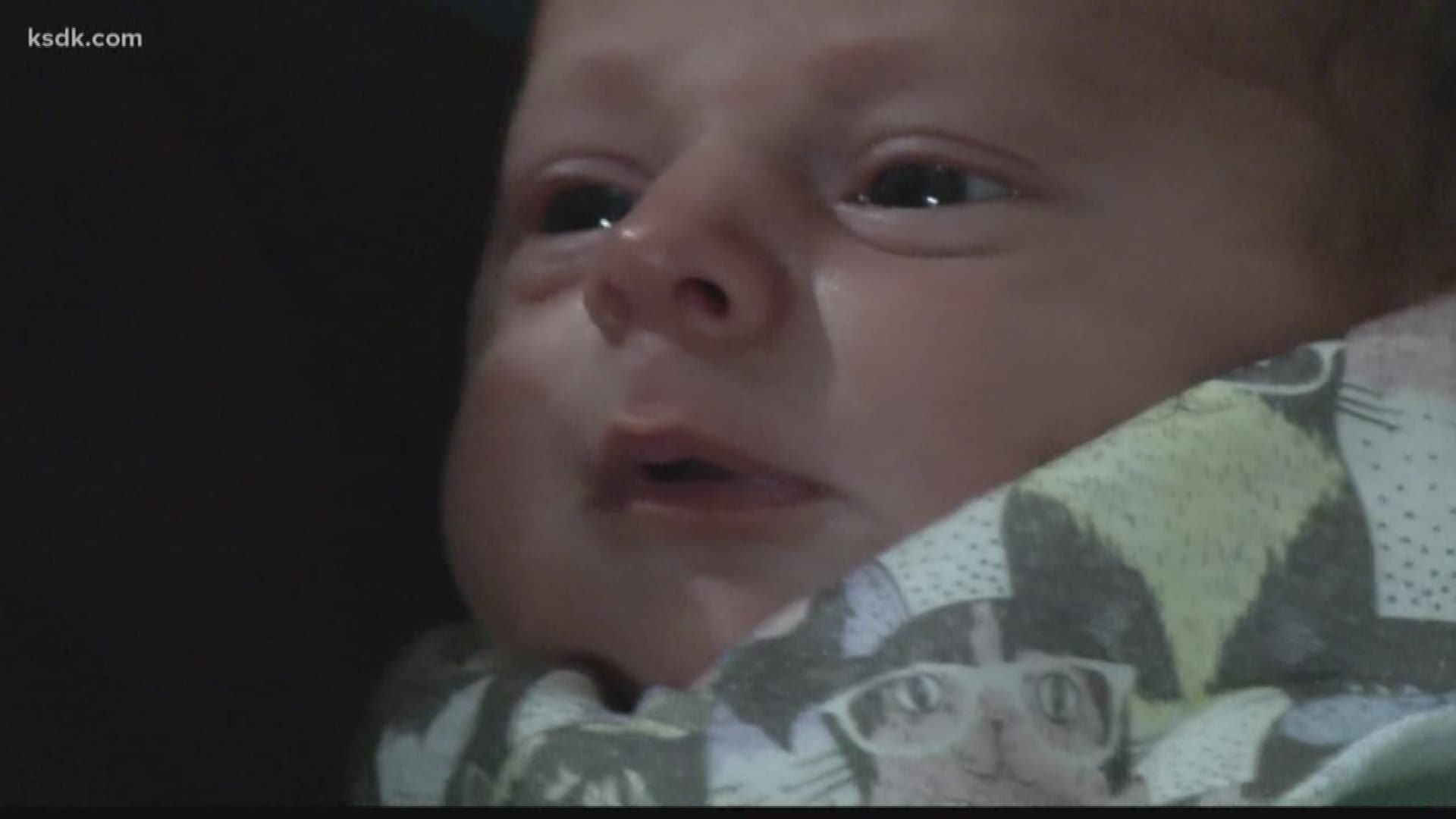 "We knew that we wanted something more," said Aaron Laxton.

For a while, their nursery sat empty. They considered a surrogate, even becoming foster parents, but when neither option panned out, they began to lose hope.

Then fate walked through the doors of Aaron's workplace, the Missouri Network for Opiate Recovery.

"I ran into Grayson's mother who the very next day was going to sign the paperwork to give Grayson up for adoption through an agency," he said.

The mother came to Mo. Network in hopes of finding clean syringes. She's battling an addiction to heroin.

Aaron is no stranger to addiction. He's a survivor himself and has dedicated his life to helping others to do the same.

Still, he knew just keeping the mother alive through the pregnancy might be a challenge.

"We hadn't heard from her in a little bit and I said, 'I care about you as a person,'" said Aaron.

They stayed close to the mother as the due date drew near, and were just steps away when she gave birth to their son.

"It was a beautiful moment, but then there was a little bit of a sigh that, ya know, he's here," said Laxton.

His name is Grayson, and he was addicted to heroin before his first breath.

"They've given him morphine to help comfort him and then over a period of time, they'll start to taper that off," he said.

With that came agonizing withdrawals and side effects.

"His body gets really tense. You can actually take him up by his hands and his body stays as rigid as a board," said Laxton. "The skin to skin contact, the cuddling, the holding. It's very key to getting him off the medications.

Grayson is one of the lucky Neonatal Abstinence Syndrome(NAS) babies with loving and attentive parents.

Most aren't as lucky, and it's a number that grows by the day.

Nationally, the trend is the same.

Despite the growing numbers, Dr. Steve Liao said there's no nationally accepted standard of care for babies born into addiction.

He thinks that's partially due to the stigma.

So he's now working with other Missouri doctors to come up with a care plan for other babies born addicted.

For Grayson, after spending the first three weeks of his life hooked up to machines, it was finally time to go wireless.

With a clean diaper for the road and a graduation cap to mark the occasion, the entire family finally got to gather their things and go home together, for the very first time.

"It's still kind of all a dream but we're ready for it," Laxton said right before they were discharged.

5 On Your Side checked back in one week after the homecoming.

Grayson no longer needs morphine but the true test is still to come.

His parents are waiting to see if there are long term effects from being born addicted to heroin.

"Is he going to have trouble with math when he gets to 4th grade? Maybe," Phil Gill said. "Is that because he's not good at math or because of the NAS? Maybe. We don't know."

However that unfolds, there is one undeniable truth, all three members of this family share a new contagious disease, unrelenting and unconditional love.

So how do we fix this problem?

Doctors said the first step is just knowing how big of a problem it truly is, and how to treat it.

As of right now, the Centers for Disease Control doesn't even track how many addicted babies are out there.

On a local level, Washington University is about to open a new care clinic that will focus on pregnant mothers battling addiction.

St. Louis doctors said the most important thing we can all do is stop looking at this like someone's bad choice and start treating this like a chronic illness.