Anthem-Blue Cross dispute may increase cost of healthcare for thousands

Both sides say its about money, but people like little Jaxon Hoffman are caught in the middle. 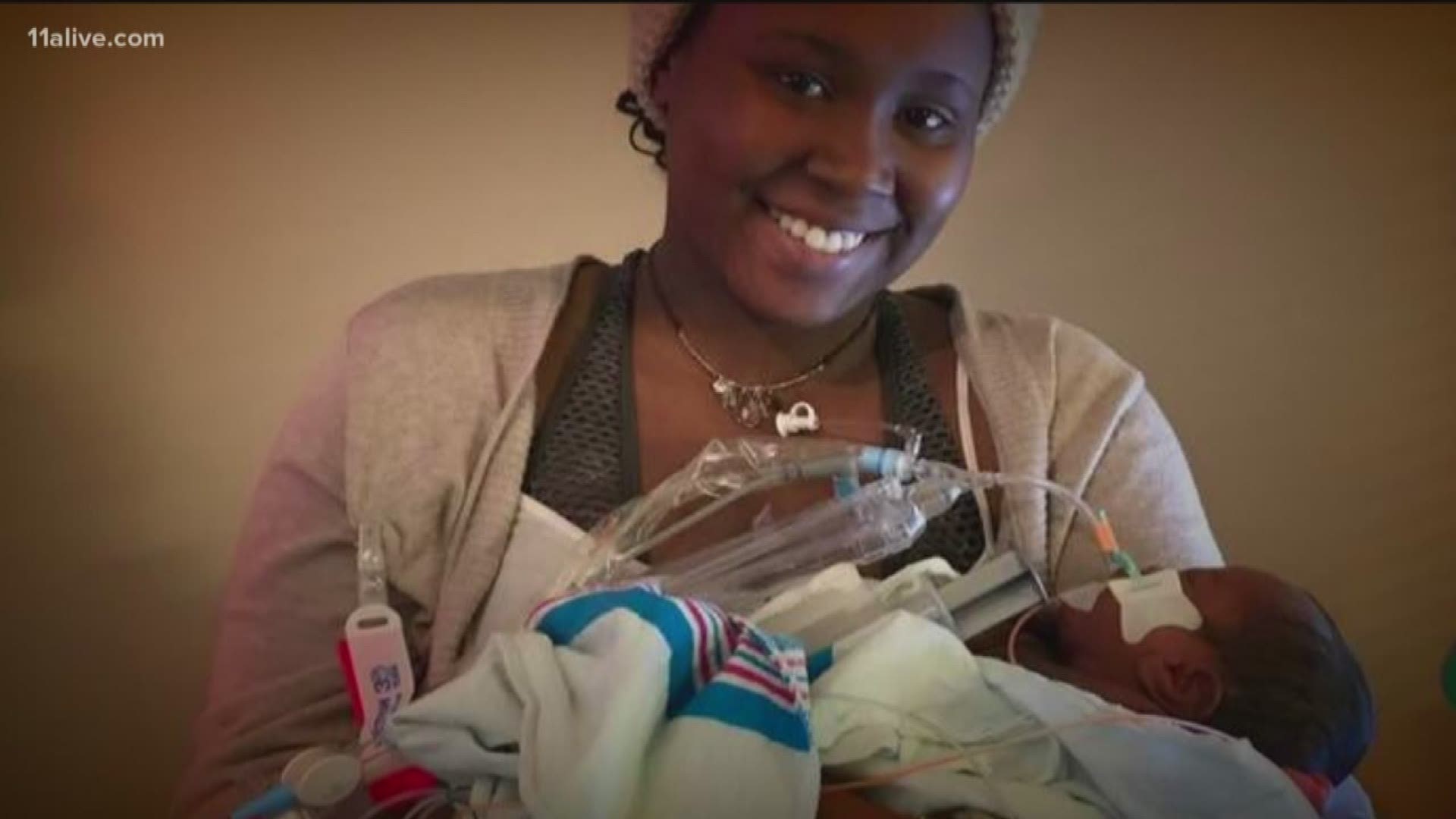 ATLANTA — The cost of healthcare may significantly increase for many people as a result of the ongoing dispute between Anthem Blue Cross Blue Shield and Piedmont Healthcare.

Not surprisingly, the dispute is about money; Blue Cross says the hospital is asking for too much, while Piedmont says the insurance company is giving out too little.

Despite negotiations over the past several weeks, neither side has been able to come to an agreement on a new contract for physician and hospital services for employer and non-employer sponsored individual and family healthcare plans.

What this means is that as of April 1, Piedmont Healthcare has been removed as an in-network provider for subscribers to Anthem Blue Cross health care plans.

But it's the people who need help now who are paying the price, such as Jaxon Hoffman, who was born three months early at just two pounds and nine ounces. The infant has been in the NICU at Piedmont Hospital ever since, and covered by Blue Cross Blue Shield.

"I don't know what I'm going to do," said his mother, Dasia Jackson, who has no idea how she'll afford to pay for his care at out-of-network prices. "I'm going to have to figure out what to do. That's real scary."

Piedmont emphasizes while it will still be able to cover patients who have Anthem and Blue Cross Blue Shield insurance plans, there will be a higher out-of-network cost to those patients. For those individuals who had been going to individual physicians associated with Piedmont Healthcare, or an appointment scheduled with a Piedmont Healthcare facility, those, too, will be subject to higher out-of-network costs.

Both parties point out that if customers have certain procedures or conditions -- including active course of treatment for any form of cancer, undergoing transplant care or waiting for a transplant, being treated for a terminal illness, pregnancy, completing a course of treatment or being treated for a serious medical or behavioral medical condition -- they may qualify for Continuation of Care, which would allow them to continue treatment through Piedmont Healthcare facilities as if they were still in-network facilities without interruption.

"We were particularly disappointed that the written contracts from Anthem Blue Cross did not reflect the progress we thought we were making in our verbal conversations.

"That said, we remain fully committed to ensuring our patients have access to the care they need with the providers they trust. While Anthem Blue Cross has taken Piedmont out of its network, members can continue to see their Piedmont physicians, but in most cases will have a higher out-of-pocket costs. We know this is difficult for our patients, and we will do whatever we can to help our patients manage the impact of this disruption.

"People should be paid fairly for the good work they do. This is part of the fabric of our country and a core value we share with our communities. What Anthem Blue Cross is offering our doctors does not even cover the annual rate of inflation, but they will tell you that we are asking for unfair rate increases. One only needs to look at the small community hospitals – across Georgia and the country – that are closing their doors to see why fair rates are important. Piedmont strongly believes in the value of keeping care close to home and we will never stop fighting for that principle.

"Finally, we know the value of being a good partner. We have proven our ability to lower the cost of healthcare when working collaboratively with insurance companies. Combine this with the already high quality care our hospitals and physicians provide, and we know our value and what our staff and physicians deserve. The agreements we have with other insurance companies tell us that they understand it as well.

"Because of our strongly held values, we will continue to work with Anthem Blue Cross toward a resolution."

“Despite our ongoing efforts, Blue Cross and Blue Shield of Georgia has been unable to reach a new agreement with Piedmont Healthcare that will keep them in our network of health care providers beginning on April 1. We apologize to our consumers for any disruption this may cause and we are working hard to reach an agreement that will bring Piedmont back into network as quickly as possible.

"In the meantime, we are taking steps to help ensure our consumers have uninterrupted access to affordable healthcare across our broad network of providers in Georgia. We urge consumers with questions about this network provider change to call us at the toll-free member services number on their Blue Cross and Blue Shield of Georgia ID card, or at bcbsga.com to view a list of providers in their area. Importantly, we want to remind our consumers that emergency care is always a covered benefit — anyone with a medical emergency should always call 911 or go to the nearest emergency department.”