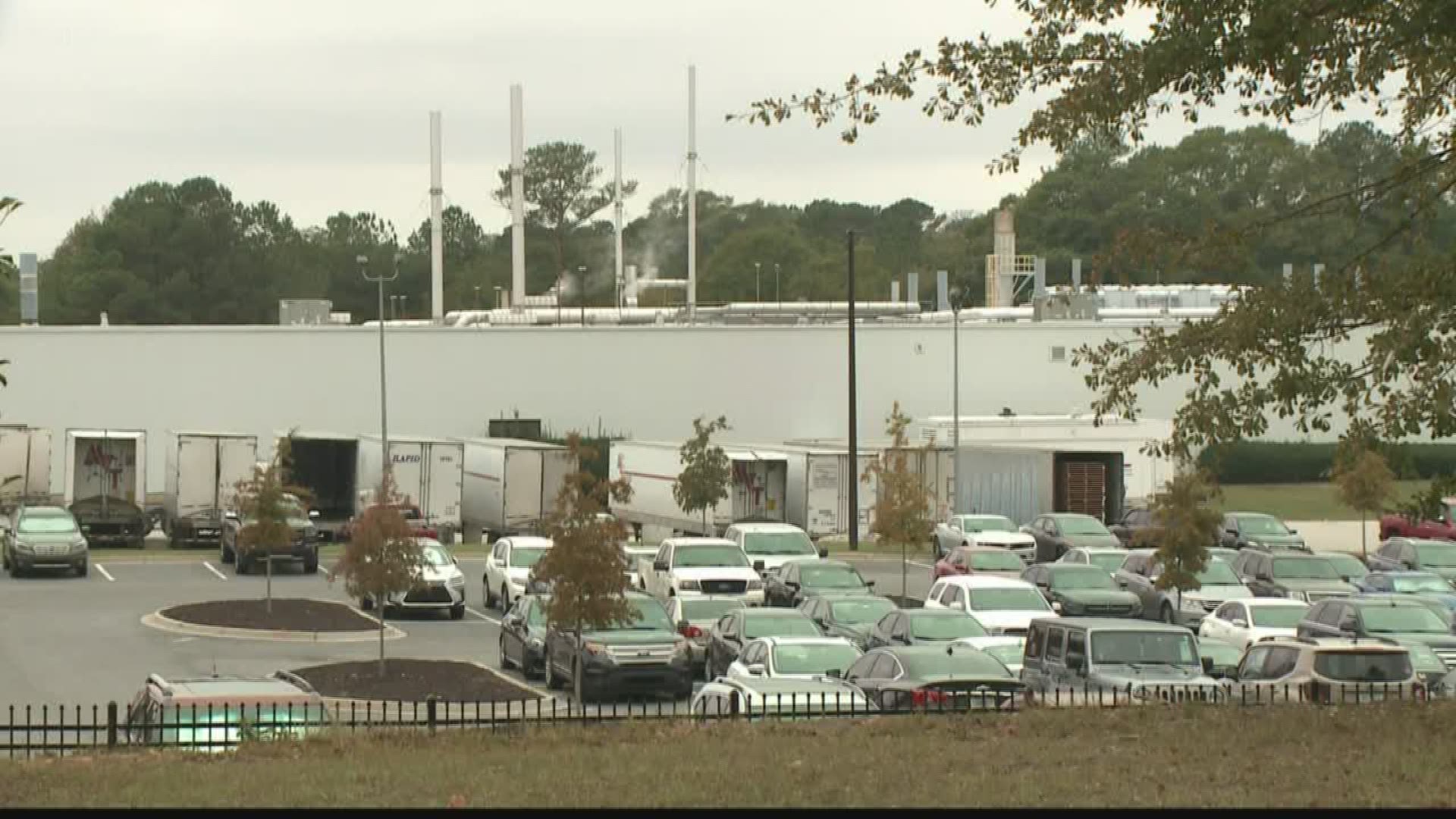 COVINGTON, Ga. — The BD plant in Covington resumed operations, Thusrday morning, using ethylene oxide to sterilize medical equipment.  The plant had closed for a week after a legal confrontation with state regulators.

"BD is safely operating in full compliance with its permits," the company said in a statement.

But not all welcomed the news.

"Not real thrilled about it," countered Cindy Jordan, a resident of nearby Walnut Grove. She would have preferred that the plant stay closed until it finds a new system to sterilize medical equipment that doesn’t use ethylene oxide.

Instead, the plant operates under new rules – to report all leaks and reduce “fugitive emissions” of the carcinogenic gas from the plant, as well as upgrading its equipment and allowing unannounced inspections by regulators.

In Tuesday’s election, Steve Horton unseated incumbent mayor Ronnie Johnston of Covington. 11Alive saw Horton Thursday, taking down one of his own campaign sign near downtown.

Horton credits Johnston and the rest of the current city government for independently testing the air near the BD plant - and residents for insisting that the state take action.

"The world would be safer if it weren’t faced with this as an issue," Horton told 11Alive.

Although the city government has little authority over the plant, Horton says it was top-of-mind for voters Tuesday.

"We know it’s a real issue, because we know emissions are coming out of the stack," he said. "The question is, what are they?"

In its statement, BD said “the company remains confident in the safety of its operations and the scientific analysis that confirms that its operations are safe for employees, the community and public health.”

Jordan says the next step should include the CDC and other health organizations testing cancer-stricken residents who live in communities near the plant.

"They’ll do a cancer cluster investigation. They’ll see for themselves this is not a safe situation. You're putting Covington residents at risk," Jordan said. "We cannot allow this to keep being put into our air."

As the plant reopens, it will operate under unprecedented scrutiny – from residents, from state regulators – and from a city government that had treated it merely as a jobs provider until a couple of months ago.