Cancer survivor getting new smile after losing teeth to treatment

Waking up to pieces of her teeth crumbled in her mouth at just 39 years old, Kinika Callaway, a cancer survivor, says RMS has broken her spirit and now her smile. 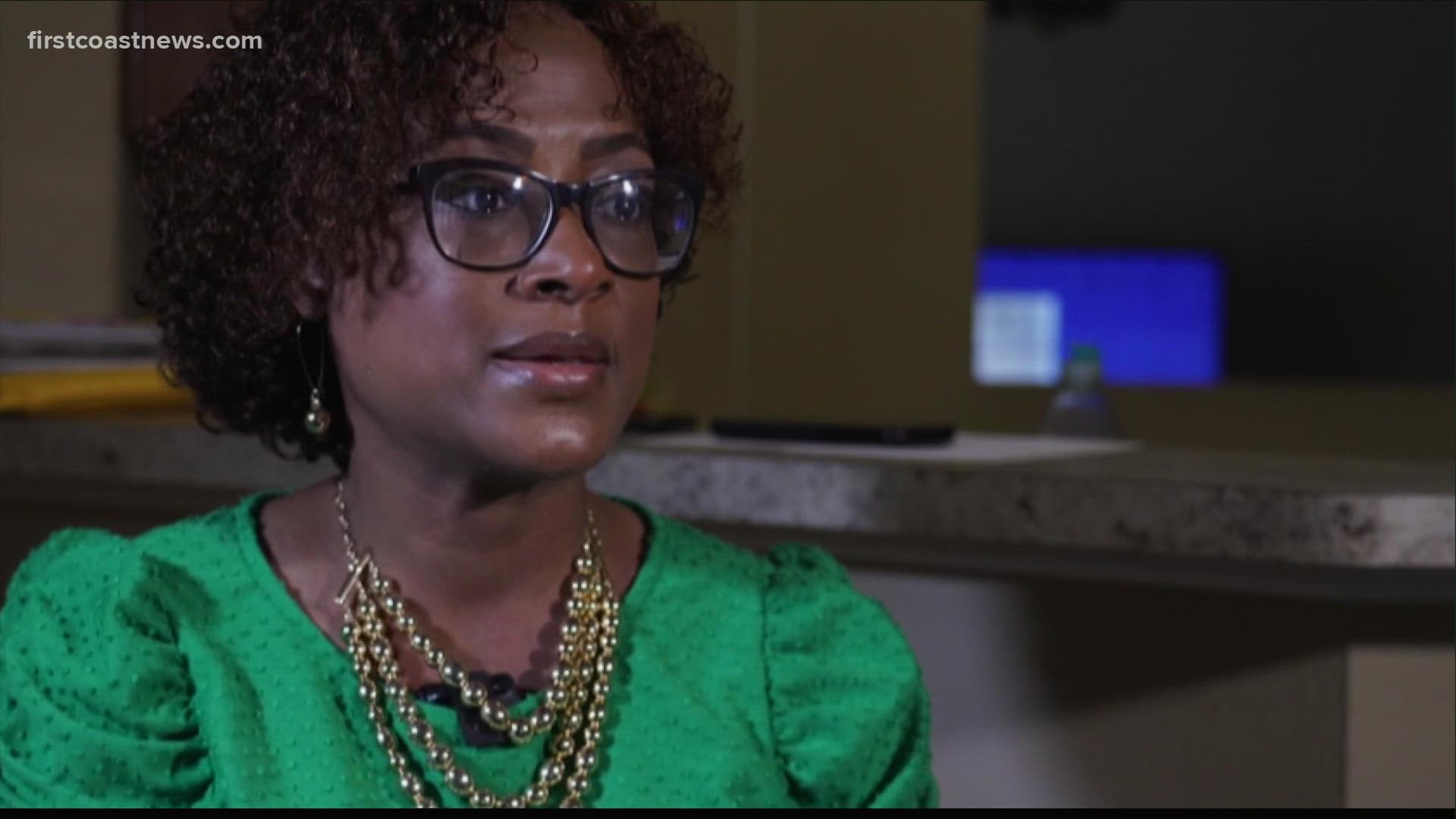 JACKSONVILLE, Fla. — Diagnosed with rhabdomyosarcoma, a rare type of cancer that forms in soft tissue, a Jacksonville mother thought she was given a death sentence.

Now, three years later, she's in remission, but finds herself fighting another battle. It's one that is taking a toll on more than her physical health.

Kinika Callaway can still faintly hear the chimes while looking at a photo of herself in 2018 as she's being wheeled out of the UF Health Proton Therapy Institute after ringing the radiation bell signaling an end to that portion of her treatment.

"Being able to say I had finally reached one milestone on such a long journey -- it was a feeling like no other actually ringing that bell that day," Callaway said.

Sept. 14, 2018, was believed to be the beginning of the end to a painful trek downhill.

"I didn't think I was going to make it out of 2018," Callaway said. "Being bed ridden, having to have help with everything from using the bathroom to bathing. Everything in my life just changed all of a sudden."

Cancer swept in with all its might, pulling the mother away from her most treasured work: the care of her child.

"It was hard watching him," Callaway said while wiping away a tear. "That's when we made the decision that it wasn't going to be a good thing for him to constantly sit here day in and day out and watch me just decline."

She sent her teenage son, Jalen, to live with his grandmother in Atlanta, then ventured further south for treatment at UF Health in Gainesville.

Eight months into her trial, "I started to feel like my teeth were feeling very very thin," Callaway said. "My mouth would be very dry. I would end up having mouth sores, and I wouldn't eat anything."

Down to 82 pounds, the weight of it all broke her smile and her spirit.

"It's only gotten progressively worse," Callaway said. "Sometimes I would be drinking something or just waking up in the morning and I'm like 'what is this in my mouth?' and I'm spitting out pieces of my teeth."

Callaway's screen saver on her cellphone is a photo of herself taken in 2017, a year before she heard the words 'you have cancer.'

"This is the way I want to truly see myself," Callaway said. "This was something I felt that I could hold on to, a little bit of hope that things would go back to the way they were if I make it through the situation."

The estimates she has received to fix her teeth range from $30,000 to $80,000. With COVID-19 running rampant and a weakened immune system, it's not safe for Callaway to go in to work at this time.

She has started a GoFundMe page to help raise the funds needed to restore her smile and confidence but has only raised about $2,000 of her $70,000 goal. She says insurance won't cover the expensive dental work because it is considered cosmetic.

Still, Callaway has remained positive about her situation over the years and things are finally looking up. She has regained some of the weight and strength she lost, and her son is now back at home in Jacksonville.

First Coast News made a few calls and a local dental group, David and Associates, has agreed to take care of Callaway's dental work free of charge.

When she got the good news Callaway said, "God never puts more on us than we can truly bear."

RELATED: How many cancers do you see on this mammogram? The new 'monster catcher' mammogram in North Florida

RELATED: 'What if?': A lifesaving cancer surgery put on hold due to surge in COVID-19 hospitalizations