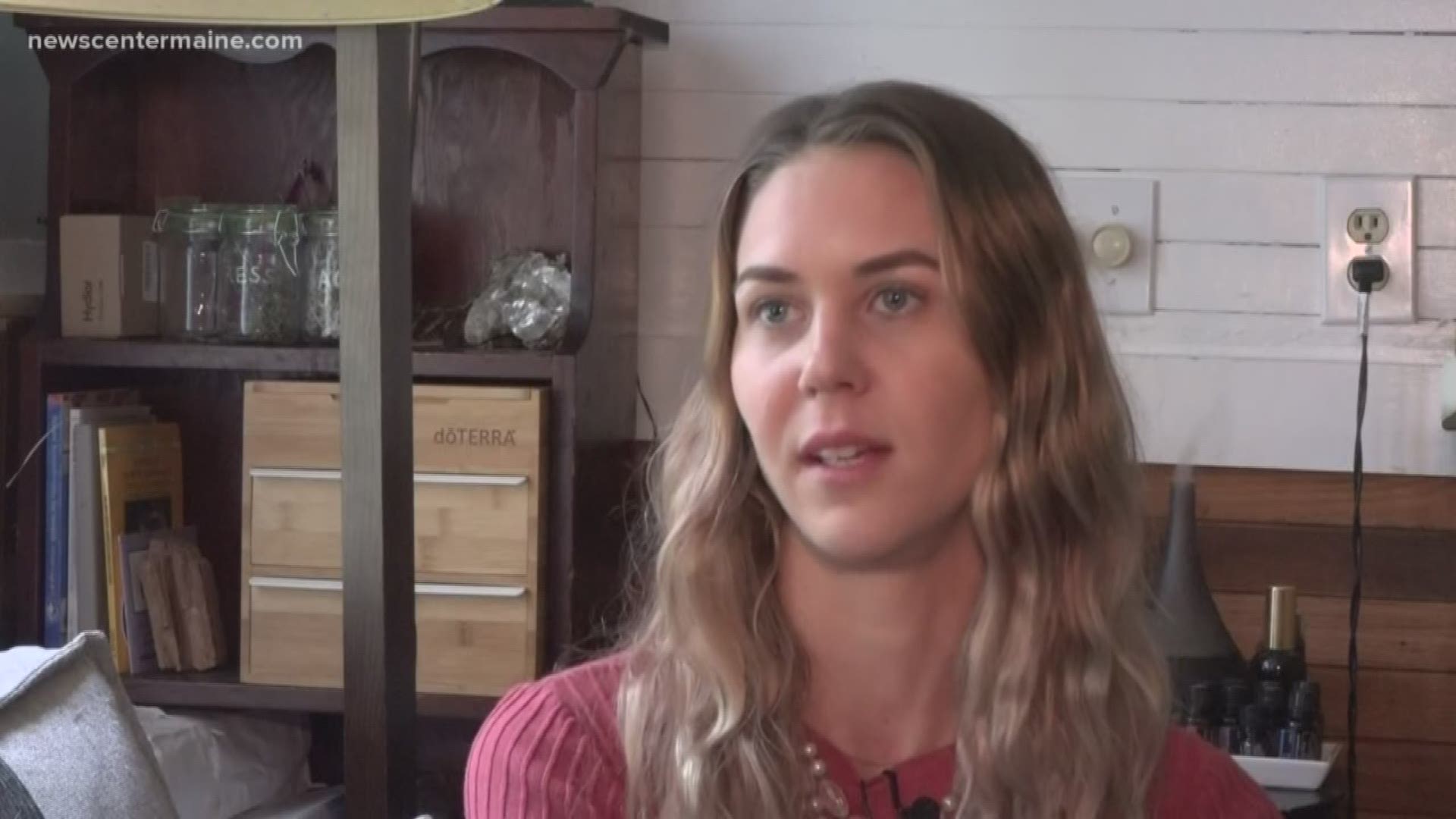 WELLS, Maine — Audra Dieffenbach had no idea the supplement she takes to manage her endometriosis pain would cause her to lose her job.

Dieffenback uses a supplement called Amethyst Elixir, made by a Freeport company. The cannabidiol, or CBD oil, is made from hemp and contains less than 0.3% THC, which is the legal limit under federal law.

She started taking the supplement two years ago to combat what she says was debilitating pain caused by endometriosis. Endometrios is a disorder in which tissue that normally lines the uterus grows outside the uterus.

"People with endometriosis will know that when you finally find something that actually relieves some of the pain, it's such a relief," says Dieffenbach.

Dieffenbach was hired as a temp worker by MaineHealth. She loved the patient-oriented work and was thriving in her position. She was doing so well, she says her direct managers suggested she apply for a promotion, a full-time position.

A drug test was part of her application process. MaineHealth receives federal funding, and therefore all employees must comply with a drug test.

"My first reaction was absolute shock," says Dieffenbach, about learning her drug test came back positive.

While her supplement contains just trace levels of THC, Dieffenbach believes it built up in her system, causing her to fail the test.

MaineHealth says because it gets federal reimbursements it's required by law to test for illegal drugs -- including marijuana -- which is still illegal at the federal level.

“MaineHealth is committed to providing a safe environment for patients and staff and, as such, requires job applicants to undergo testing for controlled substances. Such testing is done in accordance with the Maine Substance Abuse Testing Law, Maine Department of Labor rules related to substance abuse testing and the federal Drug Free Workplace Act.

“With respect to marijuana and/or its metabolites, the urine screening threshold in an initial enzyme multiplied immunoassay test is 50 ng/ml. In follow-up confirmation tests using the gas chromatography/mass spectrometry methodology, the standard is 15 ng/ml. If a blood test confirmation is used, the standard is 10 ng/ml.

"I have the upmost respect for them and what they do. They're so patient focused. That's really the reason I loved working there."

Dieffenbach says her frustration isn't with Maine Health, but rather with employment laws that aren't keeping up with a changing landscape-- where substances that were once illegal are now for sale.

Dieffenbach appealed the test results, but to no avail.

She is currently looking for a job.